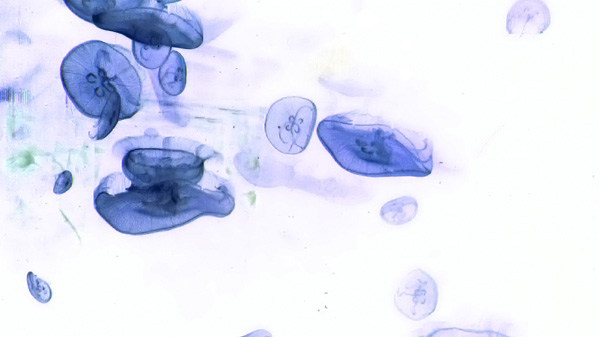 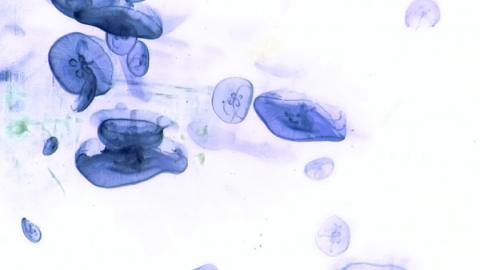 Formulated as an answer to Western philosophy, but with a steady look towards the East, Luce Irigaray’s thought is the point where past and present, East and West merge. In an attempt to revise Western philosophical thinking, Irigaray tries to centre her philosophy on the essential element that was forgotten by most philosophers, air.

In the book The Forgetting of Air[1]Irigaray attempts to redirect the western philosophical framework, which focused for centuries on the act of thinking, to air, as a requisite for life, thought and action.

She believes that western thinking has blossomed in air, but instead of analyzing the very core of its existence, it has completely overlooked it, subsequently creating a void “by using up the air for telling without ever telling of air itself”.[2] Thus has evolved a philosophy that she calls the philosophy of forgetting; in order to counterbalance it she proposes a philosophy of breathing [3]–that is, a philosophy that is based on air.

Air has been neglected from western philosophy because “air does not show itself. As such, it escapes appearing as (a) being. It allows itself to be forgotten”[4]. So it’s the air’s ubiquitous presence that becomes an absence and a path to oblivion.

The human being is made of matter and breath and lives in earth, as well as air. But, according to Irigaray, western philosophers, like Martin Heidegger, do not leave the ground, “whether it be that of the earth or that of logos”[5].

The philosophy of breathing begins with air, in order to approach philosophical questions related to Being. We are surrounded and penetrated by air, so no thought or artistic creation is possible without it. In opposition to Heidegger, who claims that “to be human being means to be on the earth as a mortal”[6] Irigaray asks “Can man live elsewhere than in air?”. It cannot be possible, if we consider that air is “the place of all presence and absence”.[7] According to her, air is breath and the place of no breath is the place of disappearance.

Although Irigaray’s The Forgetting of Air is often being perceived as a criticism towards Heideggerian thought, in fact, it does not go against his line of philosophy, but merely seeks to expand it; she clarifies that through her work she wants to

celebrate the work of Martin Heidegger. To succeed in this gesture implied not appropriating his thought, but respecting it in its difference. To pay homage to Martin Heidegger in his relationship to the earth, to the sky, to the divinities and to the mortals presupposed for me the unveiling and the affirmation of another possible relation to this fourfold.[8]

After all, Heidegger does not disregard air altogether. In The Thing he uses the metaphor of a jug to assert that the “vessel’s thingness does not lie at all in the material of which is consists, but in the void that holds”,[9] a void that keeps and holds what’s being poured in. It is a metaphor that reflects Aristotle, who stated that “It seems that place is not only the walls of the vessel but also the void between them”.[10]

So the jug’s thingness does not come from the substance that holds its walls, earth, but the content that rests inside, the air. In other words, it is a void with presence and substance, held inside the walls of the jug and filling it up; by actively holding the thingness of the jug, it acquires an active presence.[11] If we view the jug as an allusion to the human body, breath would be the vital air that keeps it alive.

Corporeality is an even stronger element in Irigaray's philosophy. She approaches the body through the spectrum of Eastern practices that focus on breath. Comparing it to Western thought, she observes that while Western philosophy starts with logos and focuses on word, in Eastern thought the root of every theory is the body and the experience of the body.

In Eastern philosophy the relationship of body and mind is treated as a dynamic correlation, which can be consciously altered through practice and contemplation. Contrary to the Western world, where Cartesianism dominated for a long time -until Phenomenology broke away from this tradition, Eastern philosophies have been based on the presumption that the duality of body and mind is mutually inclusive, and none of them can be perceived in solitary existence [12].

While in the Christian tradition “in the beginning there was logos”, within the Indian tradition “the divine is not situated in an inaccessible transcendence. It is what I can become”[13].

Observing that Western culture overemphasizes the importance of logos and art, limiting physical exercise only to the extent that it maintains us fit to pursue these things, Irigaray proposes a look towards the East, where the body itself can become spirit through the cultivation of breathing.[14]

Cultivation of breath is presented as an alternative to the usual path towards understanding, that for Western standards requires intense thinking, phenomenological reduction, acute observation. According to Irigaray awareness of breathing can equally bridge the gap between body and consciousness, activity and passivity, immanence and transcendence.[15] Thus one can reach a knowledge of the self, avoiding the problematic oppositions of western thinking, the dichotomies between time and space, form and matter, mind and body, self and other, man and woman.

Regarding the latter opposition, a recurrent observation in feminist thought is that the ontological division between body and consciousness –that lies at the heart of Cartesian dualism- is reflected in our conception of the difference between the sexes. Woman is identified with the body while man is consciousness, mind and spirit.[16]

More analytically, women's actions were considered to be driven by feeling, with no careful consideration; it was a stereotype that women lacked the element of the “Genius”.[17] This division was reflected in the traditional roles of man and woman in parenting, where women were thought to contribute through their body, by carrying and feeding the child –giving blood and milk-[18] whereas men were supposed to educate it and take care of its spiritual needs.

Luce Irigaray uses breath as a theoretical tool that will break the stereotypes about the sexes, by bridging the division between body and consciousness. In Greek and Indian philosophy breath is considered to be a substance between body and spirit; if body is considered as a “female” attribute and spirit as a “male” feature, a philosophy of breath has the potential to bring together man and woman, shattering a centuries-old culture of segregation between the two sexes.

The philosopher restores the position of women by putting emphasis on how they engender through their breath. From the uterus, children share their breath with their mother; after they leave their mother’s womb, they become independent by breathing on their own:

Breathing corresponds to the first autonomous gesture of the living human being. To come into the world supposes inhaling and exhaling by oneself.[19]

So since the day of birth to the day of death, our breathing marks the autonomy of our Being. At the same time, autonomous breathing distances the baby from the mother and establishes a new kind of relation to her:

To breathe is to separate from [the mother or nature], to be reborn, and to give back to her a share of breath: through air, through praise, through work of life and of living spirit. To breathe is to leave prenatal passivity, to leave the infantile state, dependent or mimetic, to leave simple contiguity with the natural universe, in order to maintain and cultivate a status as an autonomous living being.[20]

In other words, to breathe is to take care of one’s own life, to carve one’s own path through life. There are two levels of breathing according to Irigaray, the natural breath, which is the corporal breathing that begins with birth, and the cultural breath, which is the spiritual breathing. However, “we are not really born, not really autonomous or living as long as we do not take care, in a conscious and voluntary way, of our breathing”, for this matter we need to train our breathing with daily practice –with yoga, for example. By becoming more and more conscious of our breathing, we can transform our natural breath into a spiritual breathing and thus enhance our spirituality.[21]

As the place of all presence and absence, which brings us together but also ensures our individuality, air becomes the point where the two sexes meet, “remaining two” –guarding their individuality- but coexisting peacefully. In other words, Irigaray accepts sexual difference, but puts emphasis on symbiosis and mutual complementation:

The gathering of our existence can be fulfilled through breathing. It is a vehicle both of proximity and of distancing, of fidelity and of destiny, of life and of cultivation […] Life is cultivated by life itself, in breathing. This practice produces a distance, an estrangement, a proper becoming that is a renunciation of adherence to the environment. The near becomes one’s own, through air. If breathing estranges me from the other, this gesture also signifies a sharing with the world that surrounds me and with the community that inhabits it. Food and even speech can be assimilated, partially become mine. It is not the same for air. I can breathe in my own way, but the air will never simply be mine.[22]

So, air is an element that we can never fully appropriate. We can simply exist within it, use it to sustain our body and spirit, and share it with the others. For this matter, breathing unites us with the others, at the same time that it underlines our individuality; it generates proximity and distancing at the same time.

Influenced by Eastern teachings and practices, Irigaray revised western philosophy through the spectrum of breath, defining breathing as the first autonomous gesture of being, which marks the detachment from the mother and brings us to contact with the environment and the others. For Irigaray breath awareness can bridge the gap between body and consciousness; she believed that air is a place of harmonic coexistence where concepts such as the corporeal and the spiritual, male and female, divine and profane, find their ideal balance.

[15]Johanna Oksala. “From Sexual Difference to the Way of Breath: Toward a Feminist Ontology of Ourselves”, in Ellen Mortensen (ed.), Sex, Breath and Force: Sexual Difference in a post-feminist era, Oxford: Lexington Books, 2006, p.44.