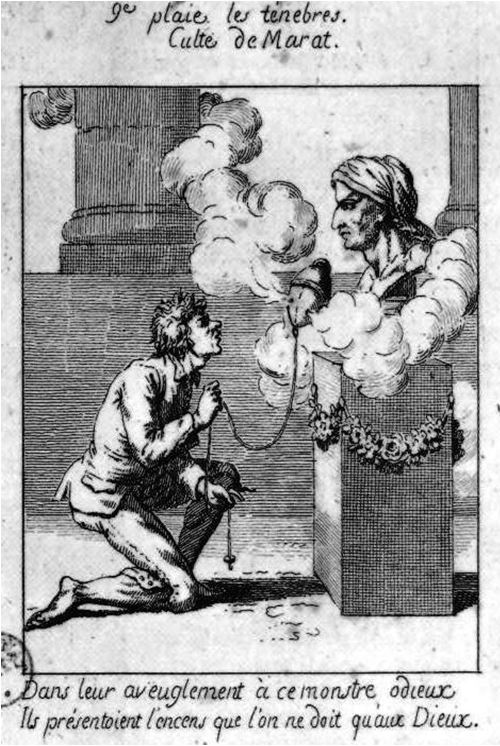 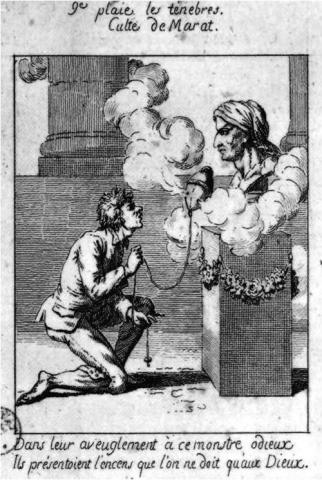 The subject in question revolves around the role of images in public ritual. The basic aim is to present the unalterable relationship people have with images. I hope it will be made clear that this relationship always remains the same, in every sociopolitical status, geographical location and – principally – era. Each one of us has come to the point of “committing animism” in the name of a certain image. The use of the verb “commit” alludes to a negative action which is generally considered as such when the action is that of animism, the belief that non-human entities are spiritual beings, or at least embody some kind of life-principle. When contemplating animism, one cannot help bringing to mind the collective behaviour of idolatry, primitive rituals and/or the practice of witchcraft.

Moreover, animism is regarded as the trait of the religious, a characteristic much closer to metaphysical notions and superstition than to the scientifically driven thought pattern of our time and society. Although animism is looked down upon by the broader aspect of Western civilisation, one cannot overlook the fact that it is rooted deep within the behavioral mechanisms of every human being. To quote art historian David Freedberg:

“People are sexually aroused by pictures and sculptures, they mutilate them, kiss them, cry before them, and go on journeys to them; they are calmed by them, stirred by them, and incited to revolt. They give thanks by means of them, expect to be elevated by them, and are moved to the highest levels of empathy and fear. They have always responded in these ways; they still do. They do so in societies we call primitive, and in modern societies; in East and West, in Africa, America, Asia, and Europe.”[1]

We all have “committed” at least one of the aforementioned acts of “sheer animism”. However, we do not stop for a second to equate ourselves with this “primitive” act. That would be awkward enough. Nevertheless, a number of questions arise: Why do we still behave towards specific images as if they were the person they depict? Can all images have this “magical” power? And if so, how do they gain it?

The example I have selected to present, is constituted by a series of conflicting pairs. Religious zeal intermingled with atheistic doctrine, the deification of a mortal, whose assassination came to be seen as martyrdom and the veneration of an image during an age of humanistic Enlightenment.

The argument in question cannot be better expressed than in the words – and the historical example - of Jacques-Louis David, the painter who created one of the most significant religious icons in history, the unforgettable Death of Marat:

“Images in the eyes of men are miracles, which forever bring back to the world, what we believe to have lost’’.

It is hard to imagine The Death of Marat as a holy icon. It is also difficult to think of it as an image that was carried in solemn procession through the streets of Paris during those turbulent days of the Reign of Terror back in 1793. Whatever had driven the People of the French Republic to deify the recently assassinated Jean-Paul Marat had to be the work of a genius, or the means of a newly-found elite in order to rid itself of the old regime (and the system of beliefs it carried along with it) once and for all; or both.

One can’t begin to understand David’s masterpiece unless the whole sociopolitical background of Year 2 of the First French Republic is put into perspective; and vice versa. The Death of Marat was a vital part of the society which produced it. It was the epicenter of the Cult of Marat, which led to busts of Marat replacing statues of Saint Peter and Saint Denis, innumerable processions, speeches and apotheoses of the dead revolutionary taking place in Paris and the suburbs, “Marat” becoming a favourite anti-Christian name for newborn babies, women going in for hairdos “à la Marat”, Montmarat replacing Montmartre, the village Mennecy-Villeroy being named Mennecy-Marat and so forth.[2]

The Cult of Marat originated at his funeral, which was organised by none other than David himself who was ranking high in the powerful Jacobin hierarchy of the day. The politician-painter sought to present the masses with the last living image he had of his friend, in his bathtub where he used to spend hours in order to sooth the pain from his leprous skin disease, tirelessly writing “for the good of the People”. However, David’s plan was hindered by nature itself. During what was thought to be the hottest July in years, the dead body of Marat, which had already deteriorated due to his ongoing illness, was already rotting rapidly. Despite the morbid spectacle (Marat’s head and arm where embalmed and his body was wrapped in white sheets soaked in perfume in order to keep the vile stench at bay) Marat was transformed into a holy martyr overnight.[3]

The next “religious ceremony” under the supervision of David was the interment of Marat’s remains into the Pantheon. It was one more attempt to show the dead hero as the painter – not nature – had intended. Here, two months after the funeral, David turned Marat (or whatever remained of him) into an image of Marat himself. He literally constructed the body (as a matter of fact, an arm was borrowed from the local School of Anatomy to be stitched onto the embalmed remains) and exhibited Marat’s inkbottle, quill and of course the knife Charlotte Corday drove into his chest, all now seen as holy relics and symbols of the “saint”.[4]

Despite their grandeur (not to mention the spectacle per se) neither the funeral, nor the interment of Marat would stand the test of time were it not for the presence of an everlasting image. An image which would answer the - animistic - call uttered soon after Marat’s death:

“Where are you David? Bring us back Marat whole again!”

The procession which took place on October 11 1793, a few hours after the execution of Marie-Antoinette, was the culmination of the Cult of Marat:

“At the head of the column where ten ranks of drums and riflemen marching in strict order,[…] a corps of musicians ahead a deputation from the Convention, and following them a group of young conscripts, oak branches in their hands, carrying in their midst busts of Marat and Lepeletier [sic]; behind them young women dressed all in white, holding their children by the hand and bearing flowers to deck Marat’s tomb; […] In the courtyard of the Louvre, sarcophagi had been erected, and on top of them pictures, painted by David, of the two martyrs of liberty[5]; a funeral service was held in front of them, with hymns and speeches. As in the ceremonies of the Catholic church, all the arts contributed their magic to the exaltation of the faithful.”[6]

Marat was brought back to the People. David gave them what they needed to see. He gave them a new Jesus Christ and a new Julius Caesar too. A martyr of liberty and at the same time a political leader betrayed by his own “friends”. The perfect balance between heaven and earth. The “deification” of man taking place in a “godless” society. The gap Christianity left behind was filled by the Cult of Marat and David, it can be said, was, according to T.J.Clarke, the “mass choreographer”, the “high-priest” who directed the ceremonies mentioned above. In our eyes he has created a masterpiece of Western Art. In the eyes of the People, he created the animated image of Marat.

The Cult of Marat didn’t last for long. Soon after the October procession, the Jacobins fell out of favour with the public and were overthrown from power. The remains of Marat were thrown out of the Pantheon and into the gutter. David avoided execution (as opposed to his fellow Jacobin leader Robespierre) and went on to become Emperor Napoleon Bonaparte’s court painter before being driven into exile to Brussels where he spent his remaining years. As for his unforgettable image, The Death of Marat was kept for many years in a small warehouse as it was forbidden to be exhibited.[7]

Eventually, it returned to the public eye in 1845 at the Paris Salon where it met the words of a young art critic:

“[…] What has become of that ugliness that Death has so swiftly erased with the tip of its wing? Marat can henceforth challenge Apollo; Death has kissed him with loving lips and he rests in the peace of his transformation. There is in this work something both tender and poignant, a soul hovers in the chilled air of this room on these cold walls, around the cold and funereal bath. May we have your permission, politicians of all parties […] to give way to emotion before David’s masterpiece? This painting was a gift to a tearful nation, and our own tears are not dangerous.”[8] [1] David Freedberg, The Power of Images: Studies in the History and Theory of Response (Chicago: The University of Chicago Press, 1989), p.1

[2] T.J.Clarke, Farewell to an Idea, Episodes from a History of Modernism (New Haven and London, Yale University Press: 1999), p.29

[5] Τhe other picture, of the regicide Michel Le Peletier de Saint-Fargeau, killed by a Royalist on the morning of the King’s execution, no longer exists.