A handful of earth and three breaths: Notes on Danae Stratou | CHRISTINA GRAMMATIKOPOULOU 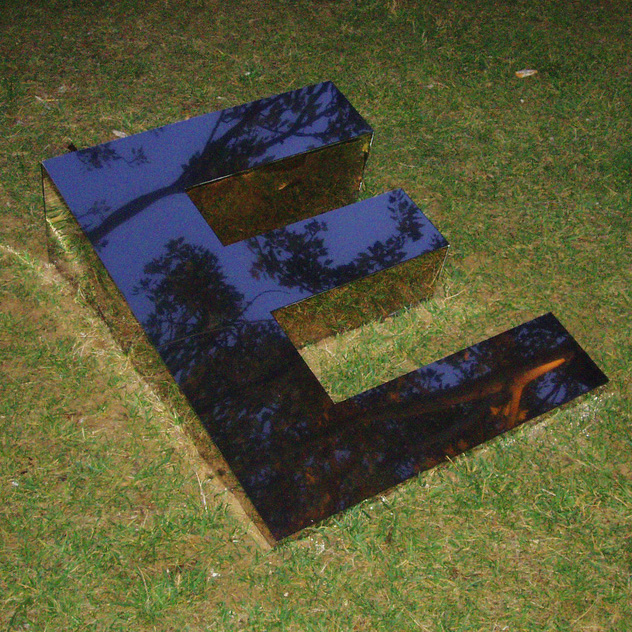 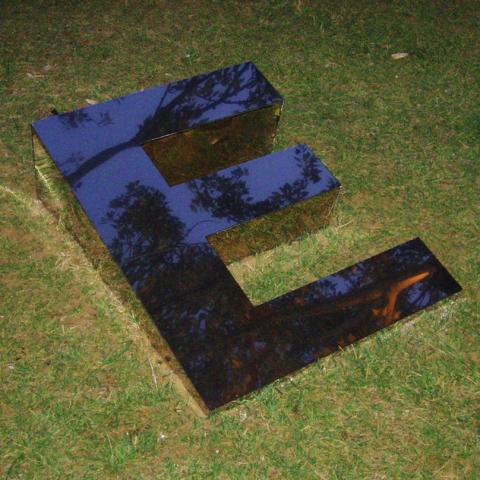 A cloud of warm breath into the cold winter air, a couple of steps onto the sand; the visible signs of man's bodily existence flash for a moment before they get scattered by the wind or washed away by the sea. Other times he struggles to tame the earth, measure, transform or scar it, in order to make a better living.

Onto an artistic level, this is what land art and earth-related installation art are ultimately about: man facing the earth; the signs of this confrontation. And like all signs of human presence, the earth artworks are bound to decay and eventually get eliminated by the forces of nature. What matters is not permanence; it is presence, even within a limited time span.

Thus, by incorporating the transitory elements of earth into her work Danae Stratou manages to verge on primordial aspects of being: existence, memory, effort, decay.

Meanings converging into breath and earth...

Earth and breath are the prime materials and the main subjects in a significant part of her work. Here we shall take a look at three different "breaths": a long one into timelessness, a deep one into memory and a sharp one into consciousness.

In "Desert Breath" (1997) Danae Stratou created a giant artwork of 100,000m2 consisting of two interlocking logarithmic spirals of 178 cones, one of protruding and one of incised cones of sand, that get bigger as we move from the center to the outer part of the work. At the center there is a small circular water pond.

The artwork does seem like desert breathing indeed; the protruding cones are earth inhaling and the incised ones earth exhaling. The cones could be considered as a reference to Egypt's cultural inheritance, the pyramids; at the same time, their shape echoes the desert landscape, which is formed by sand hills and mirrors the open skies above it, with its galactic-shaped spirals; a reflection destined to change...

Far from people, out in the open desert, the work was left to the forces of nature that began to eliminate it since the very day of its completion. Despite its monumental scale, the transience of the artwork introduces a surprising familiarity to the feeling it radiates: man's constant struggle to bring the earth down to his own measures; momentary marks on the ground and fleeting desert breaths - the traces of our existence turning into dust with the passage of time.

Breath, water and earth are the three main elements that articulate "Breathe and water section" (2000) as well, an installation consisting of two separate spaces in an old warehouse. Whereas the water section was dominated by a white austerity, the "breathe" section got immersed into a mystic darkness; the warm space of the old warehouse was haunted by a constant breathing sound which accentuated the central structure: a stretch of earth pulsating, like a human belly inflating and deflating with air.

The installation had an instant impact on the visitors, who, facing the image of the earth breathing, would get to focus on their own breath and their body. This kind of reception -instant, personal, esoteric- is intrinsically linked to the moment that sparked the artist's imagination for her breathing series: Stratou's focus on breath initiated during a beach game with her daughter; when her daughter laid into the sand the artist observed her sand-covered body moving as she breathed. So what connects Stratou's work with Ana Mendieta's silhouettes and our personal experience is our childhood games of falling into the mud, getting covered up with sand or leaves, and leaving our trace behind, after we have become one with the earth. It all boils down to an exploration of nature, our bodies and ourselves, that begins with game when we are children and continues with art, philosophy, science when we grow up.

It's noteworthy that Danae Stratou insists on using the word "Breathe" instead of "Breath": an imperative, stimulating us to feel our bodies, to live consciously to the full.

The same imperative, b-r-e-a-t-h-e, is spelled in the "Breathing circle" (2008) installation. Inside the circle created by these seven letters, just earth. Above them, high trees framing the sky with their leaved branches and keeping promises for eternal love carved onto their trunks. Standing in the centre of the circle -or even better lying down inside it- one quickly gets to perceive sounds of breaths and heartbeats. They come from speakers hidden in the trees, but it really feels like earth breathing and pulsating. The metallic mirror-like surface of the letters reflects the trees, the sky and anyone that stands above it -fleeting images formed by the passage of time, the weather conditions and the movements of the people going by.

The basic elements of the installation -a loud breath that imposes its steady rhythm, the earth and the letters that reflect the environment and one's own image- evoke random thoughts on the body's connection to nature. The catalyst that provides coherence to these thoughts is just an imperative:

The work was previewed to last for only six months. The "Google Earth" program still projects satellite images of the work without specifying when these pictures were taken.

On 1st August 2008 I met the artist in her "Breathing Circle" installation at Sani Resort, Chalkidiki, Greece. She talked to me about her interest in the human body and the relation of man to nature. Some of the information mentioned here about her sources of inspiration come from this talk.