Fractured Figure: An exhibition of works from the Dakis Ioannou collection | OLYMPIA TSAKIRIDOU 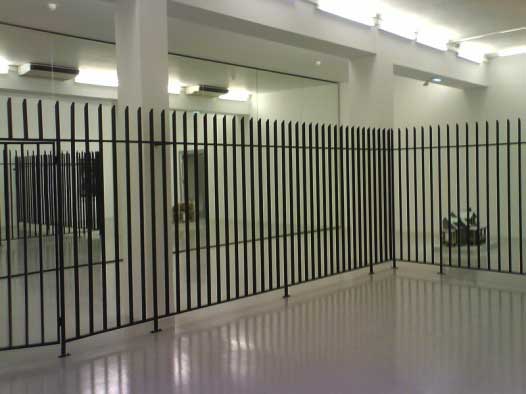 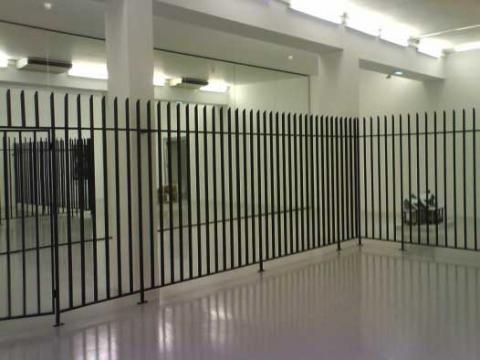 The art of the 20th was marked by the systematic deconstruction of human figure and by the gradual realization of its fragility. Particularly in terms of postmodern aesthetic of the imperfect, the fractured and the fragile, the art proceeded in the total ostracism of the “idealized” reality, in an attempt to capture the general feeling of dispute, insecurity and pessimism.

The last Deste Foundation project entitled “Fractured Figure- Works from the Dakis Ioannou Collection” focuses on a uniquely pessimistic approach of this reality. The exhibition presents a variety of works from the Dakis Ioannou Collection, most of which are already known from past Deste exhibitions, as well as some new works. The works deal with the human figure and its relation to the world, under the influence of the social, political, economic and aesthetic crisis in the aftermath of 9/11 and the Iraq war. As the exhibition’s curator Jeffrey Deitch notes, “if every period of art can be characterized by its approach to figuration, which reflects the prevailing sense of the human condition, Fractured Figure represents a sense of cultural dysphoria, a state of dissatisfaction and anxiety, the opposite of euphoria.”
The following article is a virtual guide to the exhibition, in order to provide the reader with an idea about its philosophy and about some aspects of contemporary art. The entrance of Deste’s Foundation is also part of the exhibition. It has the form of a wooden case, within which artworks are transferred. The choice is obviously deliberate, warning the visitor about the value and the fragility of the works and putting him/her in the place of an artwork.

Once the visitor enters the exhibition, he/she comes across the artwork “Chocolate Mountains” by Terence Koh, which is based on the political and economic fluidity that succeeded the fall of the twin Towers. In the same room Ashley Bickerton’s torso transfers the sense of the deformed, amputated and grotesque figure, while Jeff Koons’ silver “Moon”-a metallic surface similar to a giant bubblegum, stuck in the wall- reflects the surrounding space and has the spectator surveilled by a huge eye. The moon, symbol of the romantic poets, transformed into an ominous mirror, reflects the reality perceived by George Orwell in “1984”: a world of steel and concrete, of monstrous machines and terrifying weapons—a nation of warriors and fanatics, marching forward in perfect unity, all thinking the same thoughts and shouting the same slogans, perpetually working, fighting, triumphing, persecuting—three hundred million people all with the same face."

The centre of the next room is dominated by the monumental figure of David Alltmejd’s “Giant”, whose posture brings to mind Michelangelo’s “David”. However, if the viewer looks more closely, he/she realizes that this robust figure is seized by parasites that wear off his flesh and put his hypostasis into danger. The Giant’s materials intensify the feeling of decay: foam, gum, resin, paint, hair, wood, glass, decorative acorns and embalmed squirrels. In conversation with the “Giant” stands Urs Fischer’s work “What if the phone rings”. A naked woman made out of wax, stares at the floor sitting indifferent towards the surrounding. Natalie Djuberg’s animation-videos “Tiger licking girl’s butt” and “The Necessity of loss” explores the sexual deviations, the sadistic behaviors that rise from the vulnerable human nature. In the first video a beautiful woman towels herself after having a bath, while a tiger is seductively licking her butt. Shy and full of guilt at first, she succumbs after a while to her impulse, snuggling in bed with the tiger. Animal instinct prevailed over common practice. The second video examines the female sexual aggression, which could go to extremes. A casqued intellectual male succumbs to the temptation of a young girl. She forces intercourse while the man amputates himself to avoid the immorality of his actions. What’s left is his head, which becomes a sex-toy for the young girl. The nose substitutes the penis. The animal instinct won again.

In the same room, at Urs Fischer’s installation “Bread House” the human presence is implied by its absence. Bringing in mind the story of Hans and Gretel, the house, made of loaves of bread, at first gives the impression of a solid and safe establishment. Coming closer one realizes its fragility: as the bread deteriorates bugs are born, making living in the house impossible. At the entrance of the house we encounter Paul McCarthy’s “Pig”, a hybrid. A pig with a human gesture, that after having satisfied its gluttony it lays proudly, with a blissful expression on its face. Behind Fischer’s house, Tim Hawkinson with his work “Penitent” plays a weird game with the visitor. He presents a whistling skeleton made out of rawhide dog chews, which is activated by the tracking of human motion. The “Penitent” seems to beg on his knees for his total obliteration rather than his rescue. At the staircases to the next floor we come across Maurizion Cattelan’s installation “Ave Maria”. Three bodiless arms come out of the wall in a right-armed, fascist salute, emitting a feeling of uneasiness and posing a threat to our personal and political freedom.

In Jean Michele Basquiat’s work we hear echoes of Afro-American and Pop aesthetics, as well as Street art of the ‘80s. Fragments and symbols of the African culture as well as images from the subconscious, executed in a naïve manner, frame the central scene of “Peter and the Wolf”. At this point we should note again that the works of the exhibition are positioned in a conversational manner. The “Primitive man” of Pawel Althamer communicates with Basquiat’s painting. The intentionally flawed, ruptured state of the figures denotes the need of two noneuropean artists to criticize the prejudice of Western societies against racial minorities. Under the same pretext Althamer’s “Black Market”, represents an artist’s studio, whose objects and figures are black: wood, knives, sculptures, tools, billets-all black. The artist obviously comments on the fractured reality of the immigrants, which results in their effort to incorporate their cultural identity into their new habitant.

Walking through Andro Wekua’s installation “Get out of my room” the visitor is slipping into the dream of an androgynous figure, that contemplates with its legs on the desk. On the surrounding wall pictures from the figure’s dream are hung. One of the most interesting works of the exhibition, Tino Sehgal’s “This is propaganda”, gives an additional aspect of the contemporary art forms, using people as “living sculptures”. A trained performer, dressed like a museum guard, takes the visitor aback by singing the title of the work in high tone, thus somehow diminishing its artwork nature. At the same room Maurizio Cattelan’s installation constitutes the embodiment of propaganda: the effigy of the artist is peeping from the trapdoor into a collector’s room in order to confirm his own value in the market of modern art.

It’s well known that Paul McCarthy draws often on Media, criticizing the greedy society that is fed on scandals and thrives in decadence. His work “Paula Jones” is based on the story of the famous mistress of Bill Klinton. The artist creates a farrago of deformed, semi-human, semi-pig creatures, in the color of raw flesh. Like actors on a scenem, they earn their Warholian “Fifteen Minutes”. The weirdly distorted figures as well as their gestures signify a new aesthetic approach and a new provocative kind of social portraiture.

Tim Noble and Sue Webster explore the toxic influences of consumer culture turning garbage into complex and visually arresting sculptural installations. “Dead white trash (with gulls)” consists of garbage that the artists collected for six months. The direct lighting of the pile of garbage creates a shadow on the wall in the shape of a couple smoking and drinking. The visitor believes in this false image, ignoring that when the lights go off, what’s left is the pile of garbage.

Finally at the last floor of the exhibition the visitor faces one uneasy experience. The installation “Beheading” by Poka Yio is made out of prison rails, on which an effigy of his head is placed. In the same room we find Urs Fischer’s installation “Death of a Moment, Birth of a Moment”. It is an intricate work with a mirror on the wall, that moves continually like a wave, making the room appear distorted and fluctuating. The feeling of insecurity emerges the moment the viewer realizes that his reflection is trapped in the prison rails of Poka Yio installation.

Images of the present article: courtesy of the DESTE foundation