The night under the midday Sun | GUS MOURA DE ALMEIDA 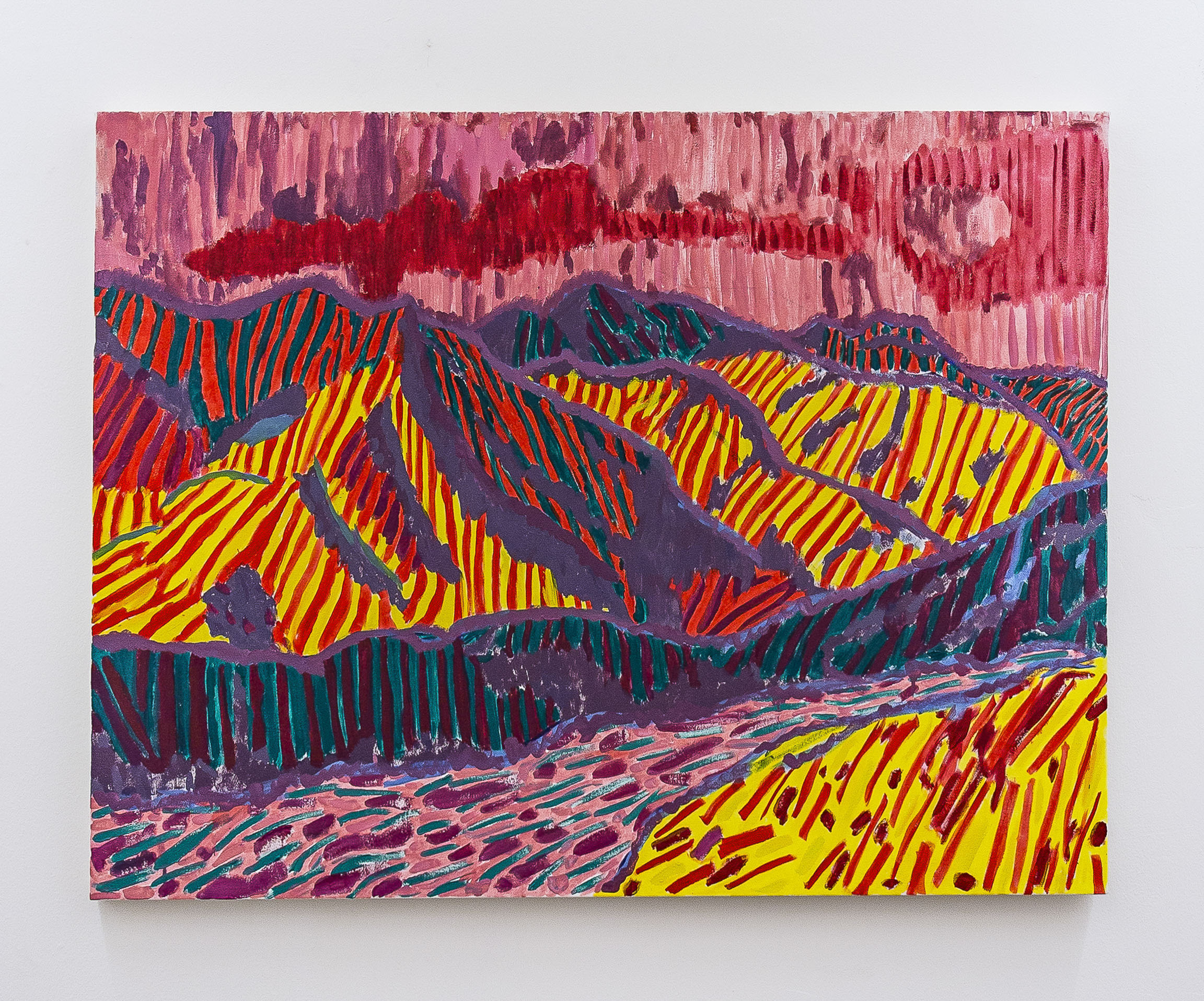 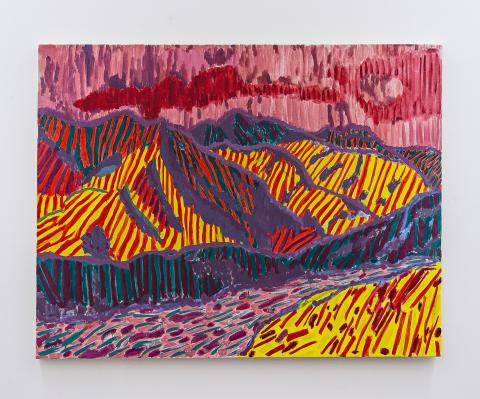 The Anglo-Portuguese Theodore Ereira-Guyer presented his second solo show in the generous exhibition room of the Residência FONTE, between June and July of 2022, in São Paulo. Hybrid space, which gathers beside the independent gallery, artist’s studios. In one more international initiative, with curatorship signed by the Belgium Julie Dumont and it’s The Bridge Project, the show entitled “Time Lapse” is a pleasant feast for the eyes and a stimulating synapse for a particular perception of the relation between the time and the space.

Entering the two rooms connected for diagonal walls, is possible to realize a group of 29 works, conceived by the artist in trips between Brazil, Italy and Portugal in the last two years. Floating on the white and shifting walls of the gallery there are oil on canvas paintings, woodcuts and large panels in metal and acid etching, in an assembling at the same time harmonic and fine. 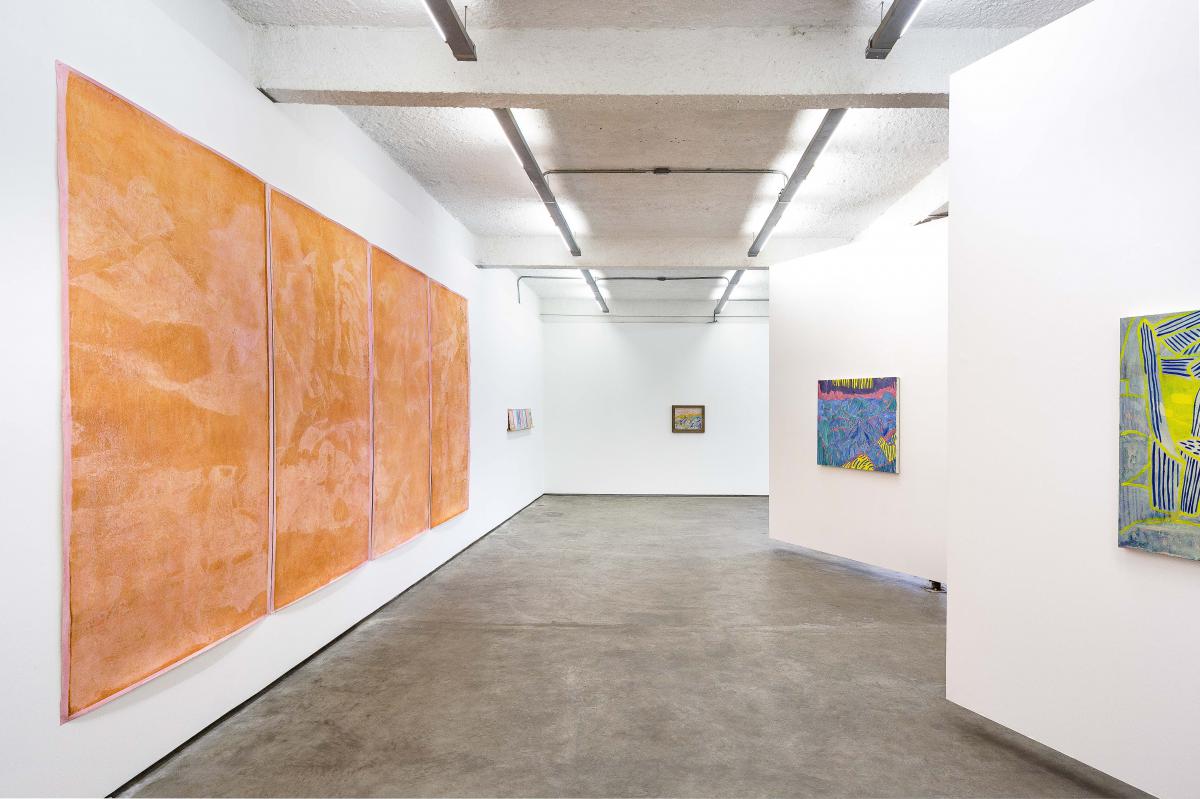 From the set of canvas stands out the approximation of “Two small mountain paintings (i) & (ii)”. It is about two topographic views, in which is observed the lapse, characteristic of the emptiness Japanese aesthetics, from a pictorial incompleteness, let is say, unfinished of the non-depicted sky in these two landscapes. Done from two sketches in graphite the celestial whiteness reveals a link between different hilly chains, represented by multi-coloured lines, in a variety of natural light moments. Beside these, there are other four pieces developed at painting technique, all in medium format, and expressing variations of that same theme, i.e., mountainous landscapes. In “Fortunes” the pictorial geography used by the artist makes reference to the pointillism; whilst that in “Desert mountain dance” we observe the texture of those relives as if it were an aerial and bicolour view. Here, despite the title refers to the desert, the work reveals a fertile field, perhaps even agricultural. I already in “Growth” the sky, now depicted, is showed so heavily developed as we could felt wet by the rain. On the other hand, “Night in the mountains” – the most vibrant and vigorous painting of them all, which emerges at the end of the second room – surprises not only by its texture and chromatism, but also to put in doubt which kind of night has been depicted. Thought-provokingly, it is a non-dark night, maybe under the moon light, presenting a whole rhythmic cadence at the same time seductive and pulsating. 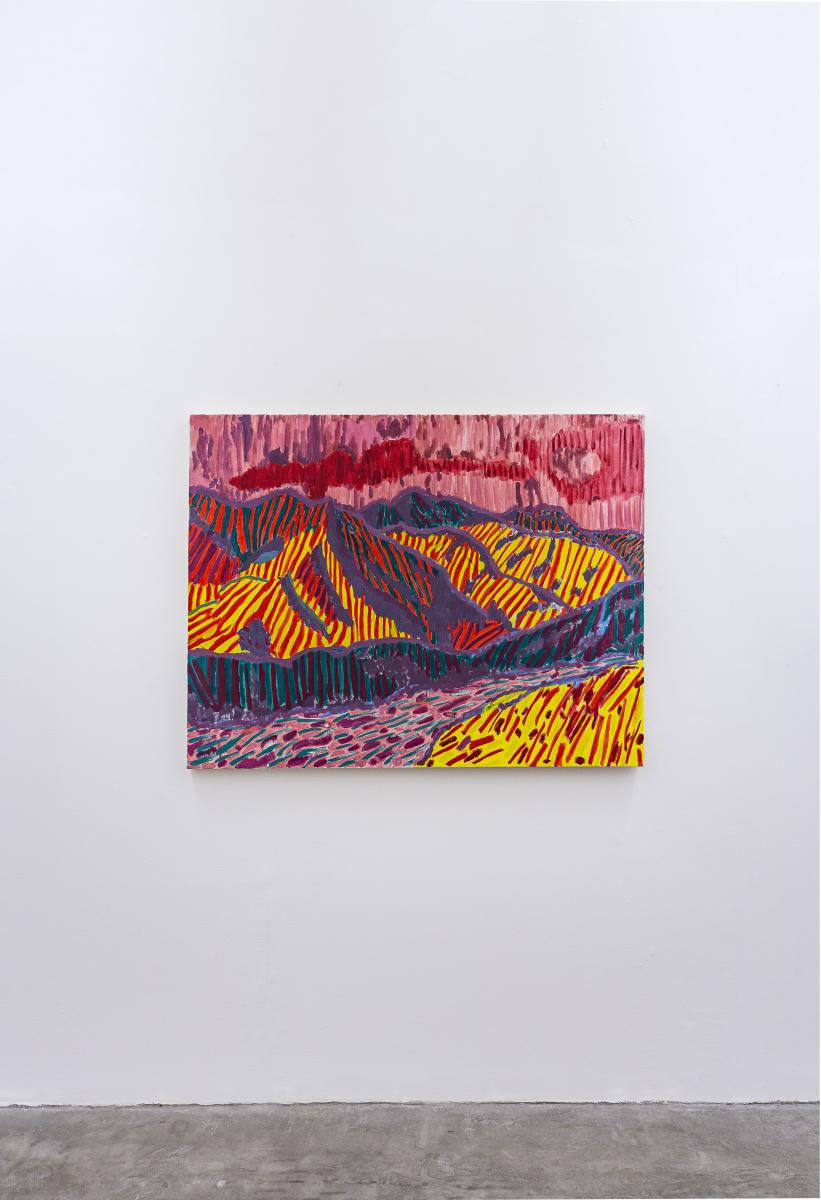 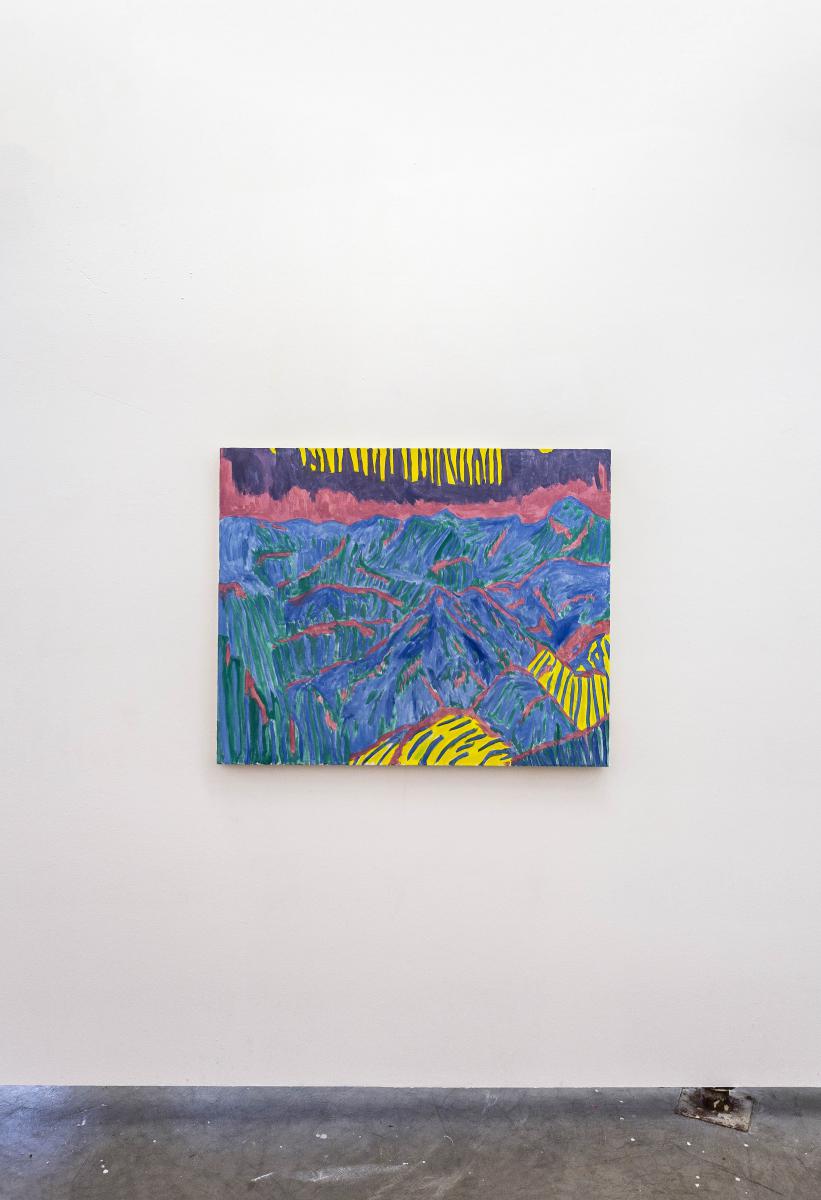 The painting of Theodore rescues the most recent landscapes by David Hockney, having as a prevalence the contemporary idea of impressionism. When playing with lines and dots, the artist accomplish do the dynamic task to create from the bi-dimensionality a whole tri-dimensional lexicon, in which is underlined the sublime perception to catch with irony and nonsense diverse variations of the landscape under many levels of light incidence.

Not enough the strength of the works painted, the show also presents unseen pieces in woodcut. They are truly jewels, in which we realise the dilution of the landscape in direction to the microscopic, organic and cellular universe. These papers, presenting sometimes six different colours, are vivacious, eloquently happy, awaken an interest sometimes of a puerile play. Presented now together, now alone, they are from complementary series, namely: “Places we used to play”; and “Neither here nor now”. By themselves, one more time, they are a scrambling the borders between the real and the imaginary. 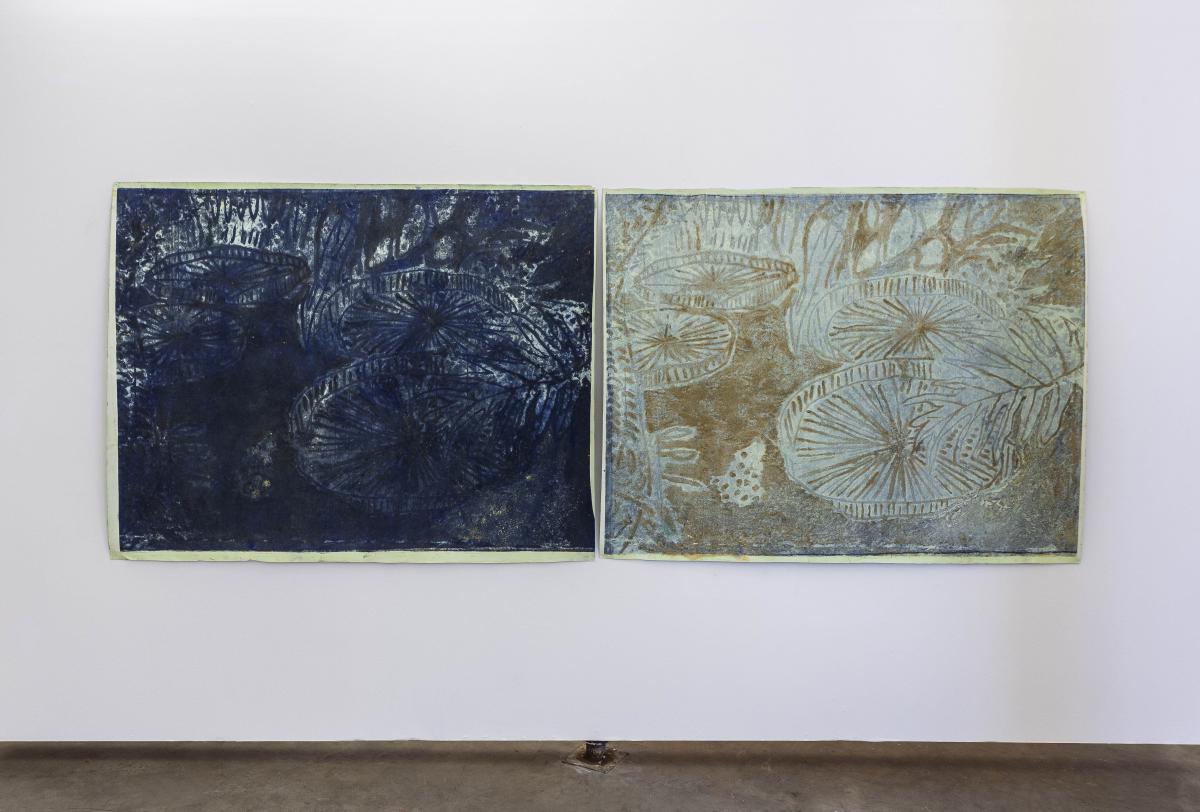 But there is more at this exhibition. The artist, virtuoso engraver, presents a collection of recent etchings. In “The Pond (i) & (ii)” the density of the night makes the pupils dilate, being possible to see the details of a lacustrine and its water lilies. By the other hand, maybe the most important work, at least in conceptual terms, is the polyptych of large format entitled “Nocturne”. Here the attentive viewer will be able to be captured in a synesthetic epiphany, because the so-called nocturnal landscape, paradoxically, revealed in tones of orange and pink, makes possible feel the heat of the midday Sun. I this way, the artist plays all the time between fiction and reality, confusing those who observe his production closely. 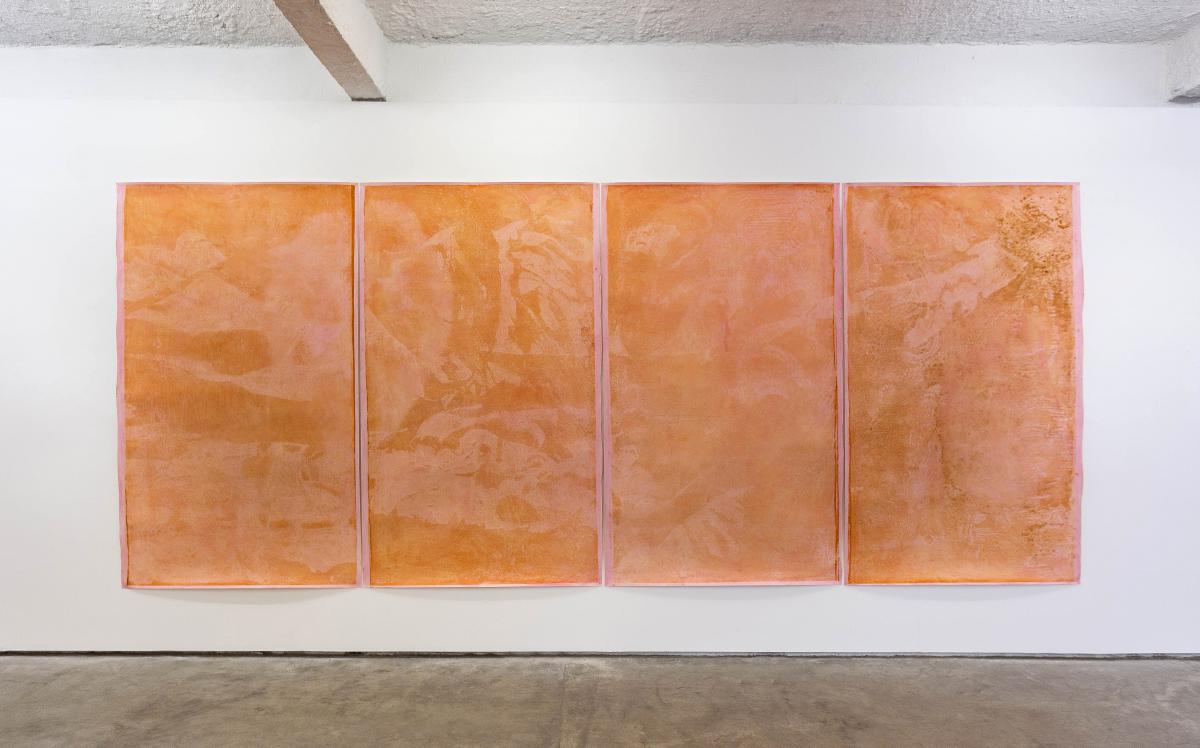 Aside this set of hilly and lacustrine landscapes, there is, to watch the show, a type of Greek-Byzantine inspiration choir, composed by 12 masks engraved in plaster, also in a variety of colours. There are faces inquisitive and perplexed, whose expressions reveal, as the other works, a paralysed time. 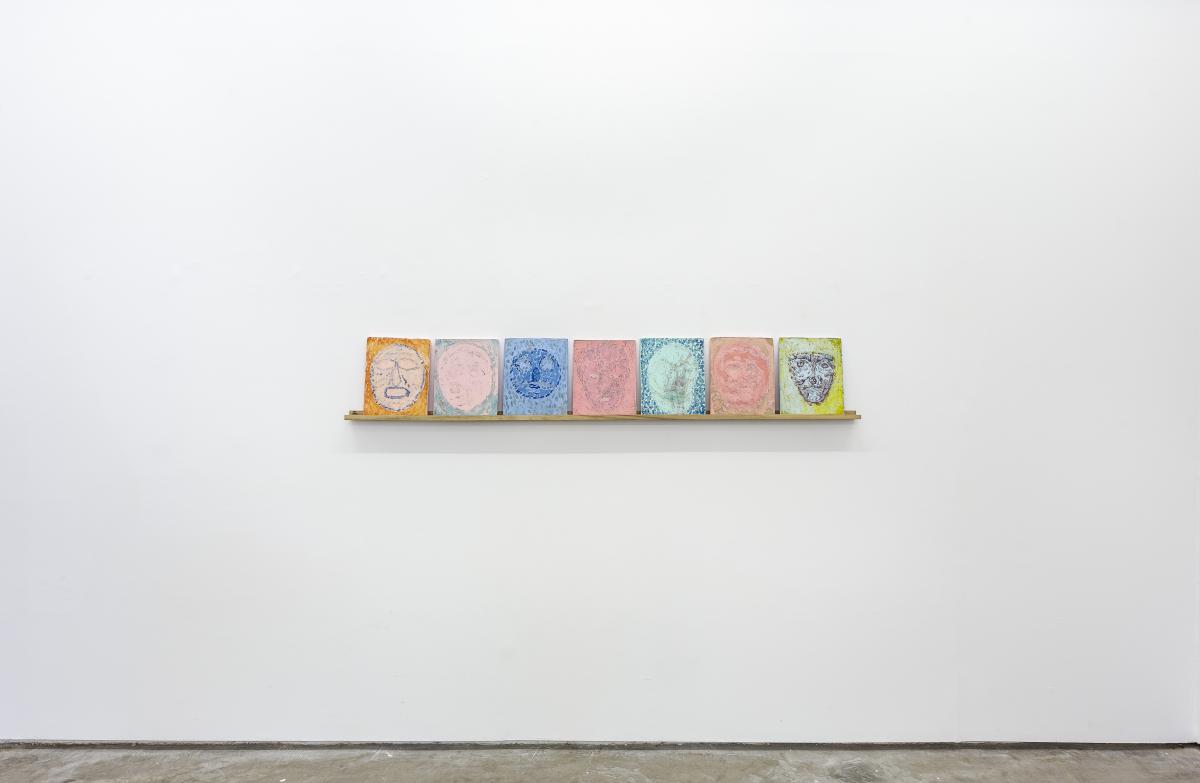 We realize, then that the motto of the whole exhibition is concentrated in the value and affirmation in the paradox and the ambiguity.

Thus, to visit the show “Time Lapse” by Theodore Ereira-Guyer, is a plunge, without safe net, inside a hybrid space-time equation, to conjugate the extended now, or a sensation of instantaneous longevity. 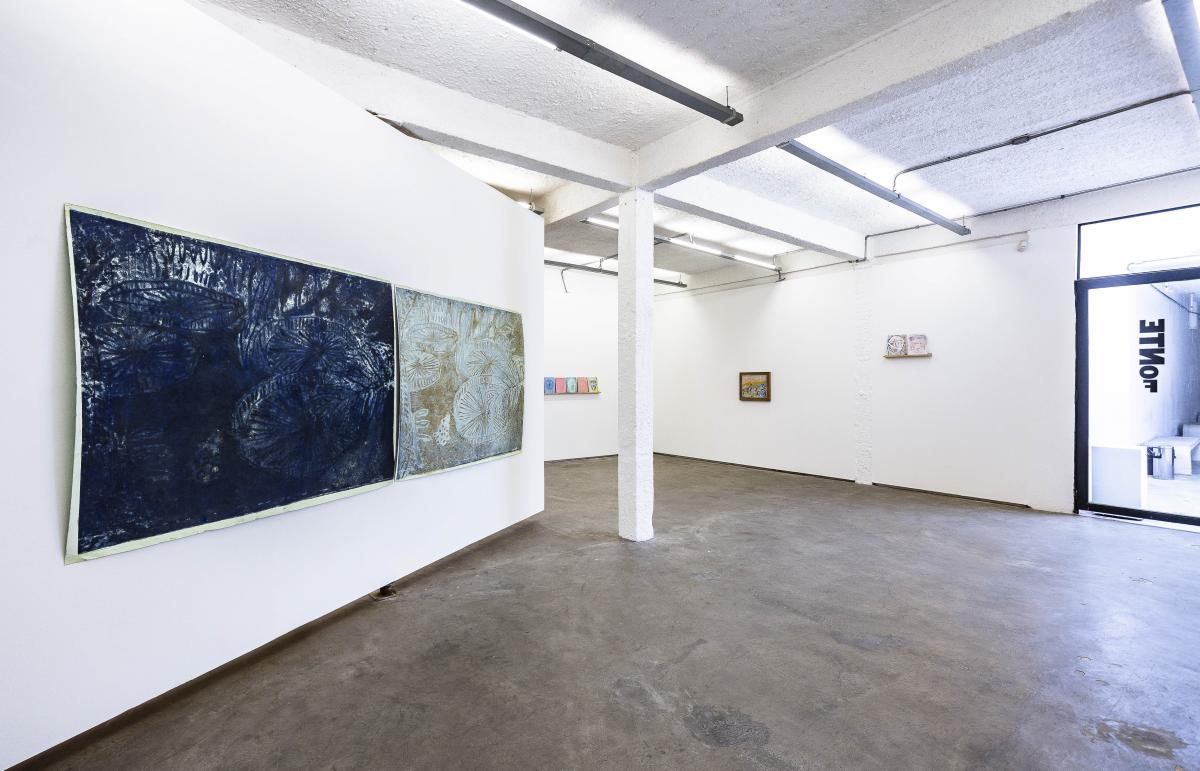