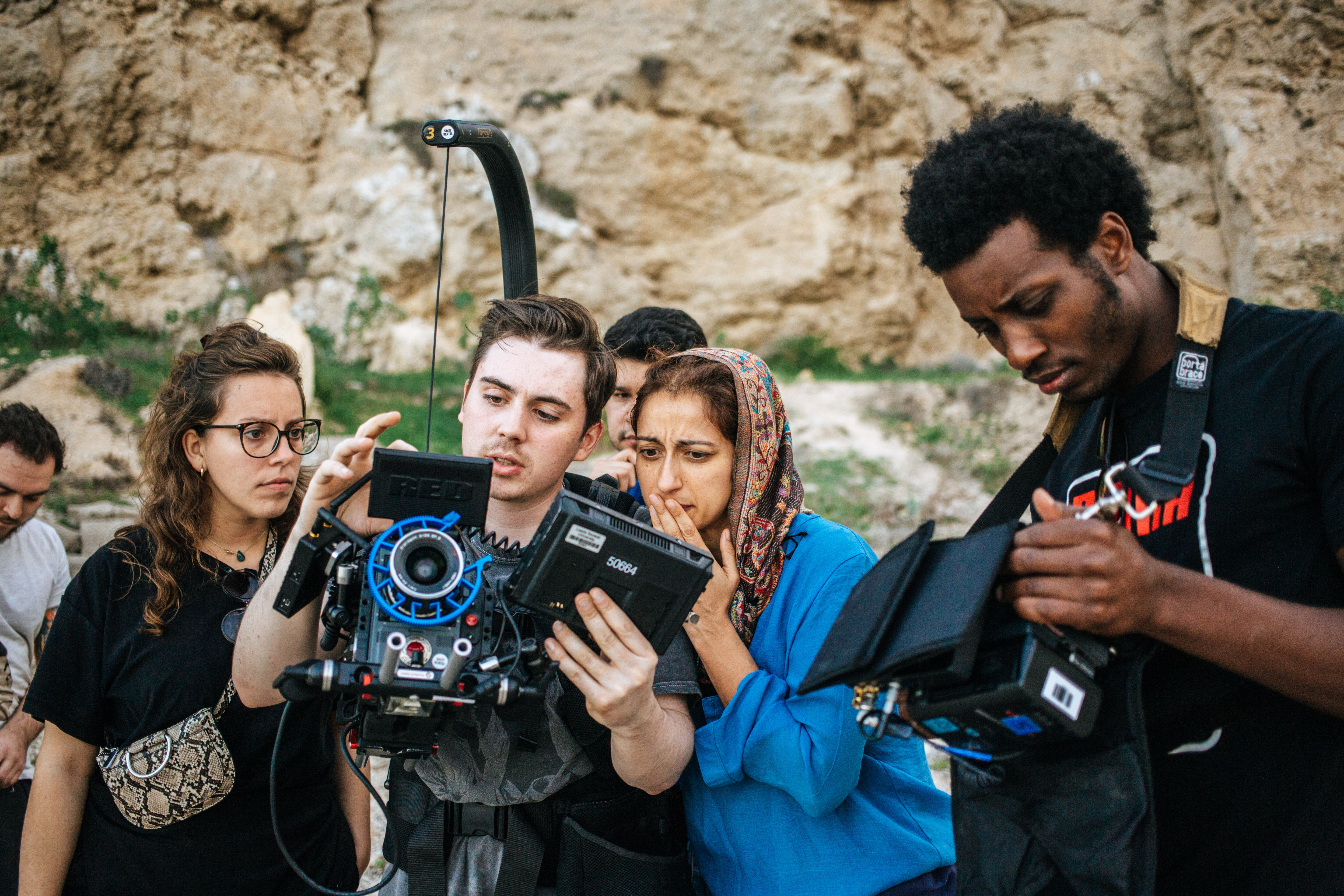 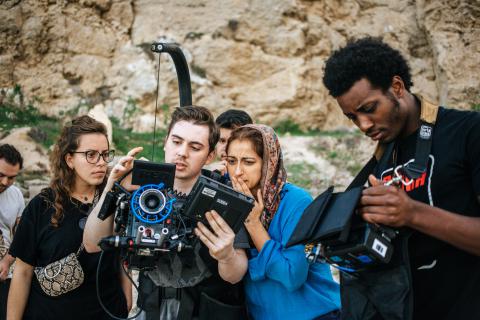 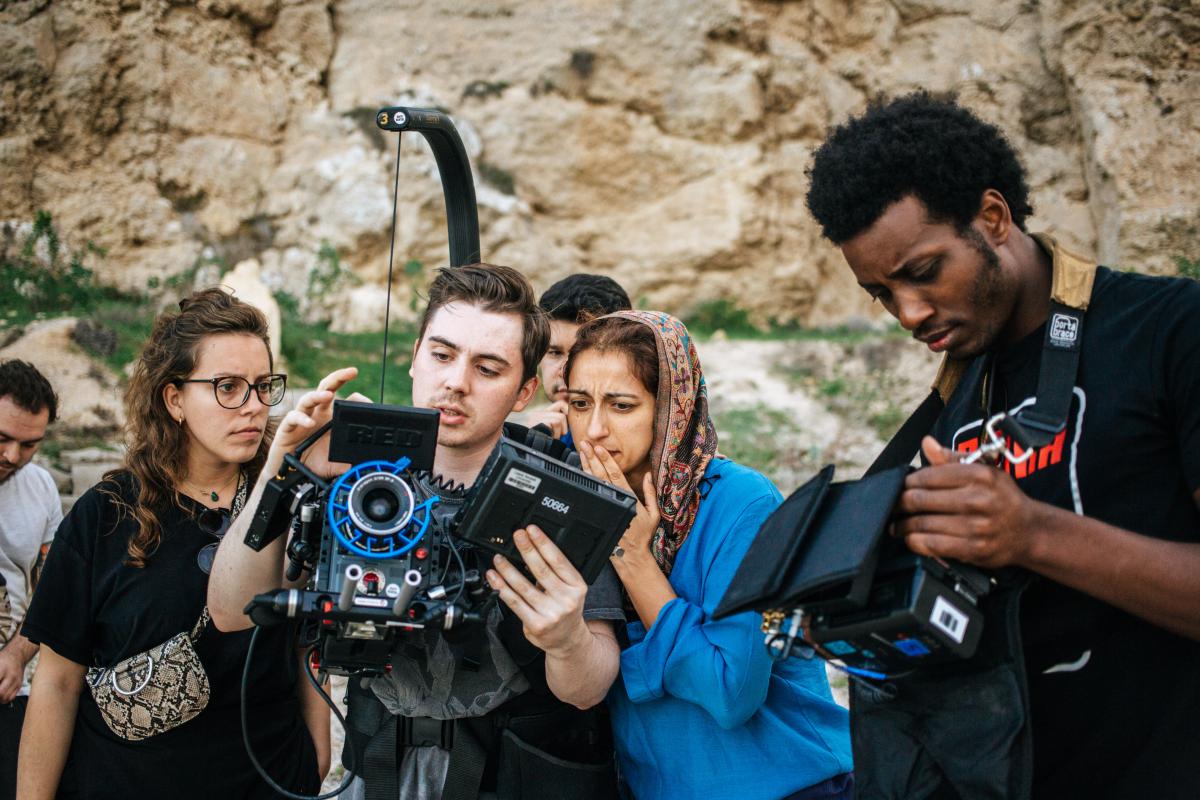 Sharjah Art Foundation invites filmmakers based anywhere in the world to apply for the fourth cycle of the Sharjah Film Platform (SFP) Short Film Production Grant. The annual grant provides emerging and established filmmakers with up to 30,000 USD, determined on a need-by-need basis, for the creation and production of original short films to premiere at future editions of Sharjah Film Platform (SFP), the Foundation’s annual film festival. To be considered for the grant, applicants should submit a grant application detailing the genre, themes, plot, structure, setting and characters for their original short film before 7 March 2021.

Providing a critical platform for filmmakers, producers, critics and students, SFP was launched by Sharjah Art Foundation in 2018 as a resource to support filmmaking in the UAE, the surrounding region and around the world, and furthers the Foundation’s longstanding commitment to film production, commissions, and programming. Since its inaugural edition in 2018, the festival has expanded its programmes and seen increased participation from the film community in the region and internationally. The SFP Short Film Production Grant was conceived to support the work of filmmakers exploring new and ambitious ideas. SFP also comprises a film festival that includes short and feature-length films; a public programme of talks and workshops featuring acclaimed filmmakers and experts from around the world; and Industry Hub, a professional programme that aims to support the work of local and regional filmmakers through training courses and production opportunities. Grant recipient films are also eligible for awards in the documentary, experimental and narrative category for short and feature-length films at the annual film festival, which are selected by international jury members from the film industry.

The annual open call for the grant has seen enthusiastic response from filmmakers across the world, with the 2020 edition attracting more than 500 applications from over 65 countries. Filmmakers Nadira Amrani (b. 1993, Manchester, UK), Soha Shukayr (b. 1989, Baljarshi, Saudi Arabia), and Pelin Tan and Anton Vidokle (b. 1974, Hilden, Germany; b. 1965, Moscow, Russia) were the recipients of the grant in 2020. Shukayr’s film Once Upon a Revolution (2020) premiered on 14 November 2020 at the third edition of Sharjah Film Platform in the Foundation’s open-air Mirage City Cinema, while Amrani, Tan and Vidokle, whose films are expected to premiere at the 2021 edition of the festival, presented in-progress work. The films were selected for their socially driven themes that confront issues relevant to our world today.

Click here to view the full application requirements and to apply.

Sharjah Art Foundation is an advocate, catalyst and producer of contemporary art within the Emirate of Sharjah and the surrounding region, in dialogue with the international arts community. Under the leadership of founder Hoor Al Qasimi, a curator and artist, the foundation advances an experimental and wide-ranging programmatic model that supports the production and presentation of contemporary art, preserves and celebrates the distinct culture of the region and encourages a shared understanding of the transformational role of art. The foundation’s core initiatives include the long-running Sharjah Biennial, featuring contemporary artists from around the world; the annual March Meeting, a convening of international arts professionals and artists; grants and residencies for artists, curators and cultural producers; ambitious and experimental commissions and a range of travelling exhibitions and scholarly publications.

Established in 2009 to expand programmes beyond the Sharjah Biennial, which launched in 1993, the foundation is a critical resource for artists and cultural organizations in the Gulf and a conduit for local, regional and international developments in contemporary art. The foundation’s deep commitment to developing and sustaining the cultural life and heritage of Sharjah is reflected through year-round exhibitions, performances, screenings and educational programmes in the city of Sharjah and across the Emirate, often hosted in historic buildings that have been repurposed as cultural and community centres. A growing collection reflects the foundation’s support of contemporary artists in the realisation of new work and its recognition of the contributions made by pioneering modern artists from the region and around the world.

Sharjah Art Foundation is a legally independent public body established by Emiri Decree and supported by government funding, grants from national and international nonprofits and cultural organisations, corporate sponsors and individual patrons. All exhibitions are free and open to the public.

Sharjah is the third largest of the seven United Arab Emirates and the only one bridging the Arabian Gulf and the Gulf of Oman. Reflecting the deep commitment to the arts, architectural preservation and cultural education embraced by its ruler, Sheikh Dr Sultan bin Mohammed Al Qasimi, Sharjah is home to more than 20 museums and has long been known as the cultural hub of the United Arab Emirates. It was named UNESCO's Arab Capital of Culture in 1998 and the UNESCO World Book Capital in 2019.