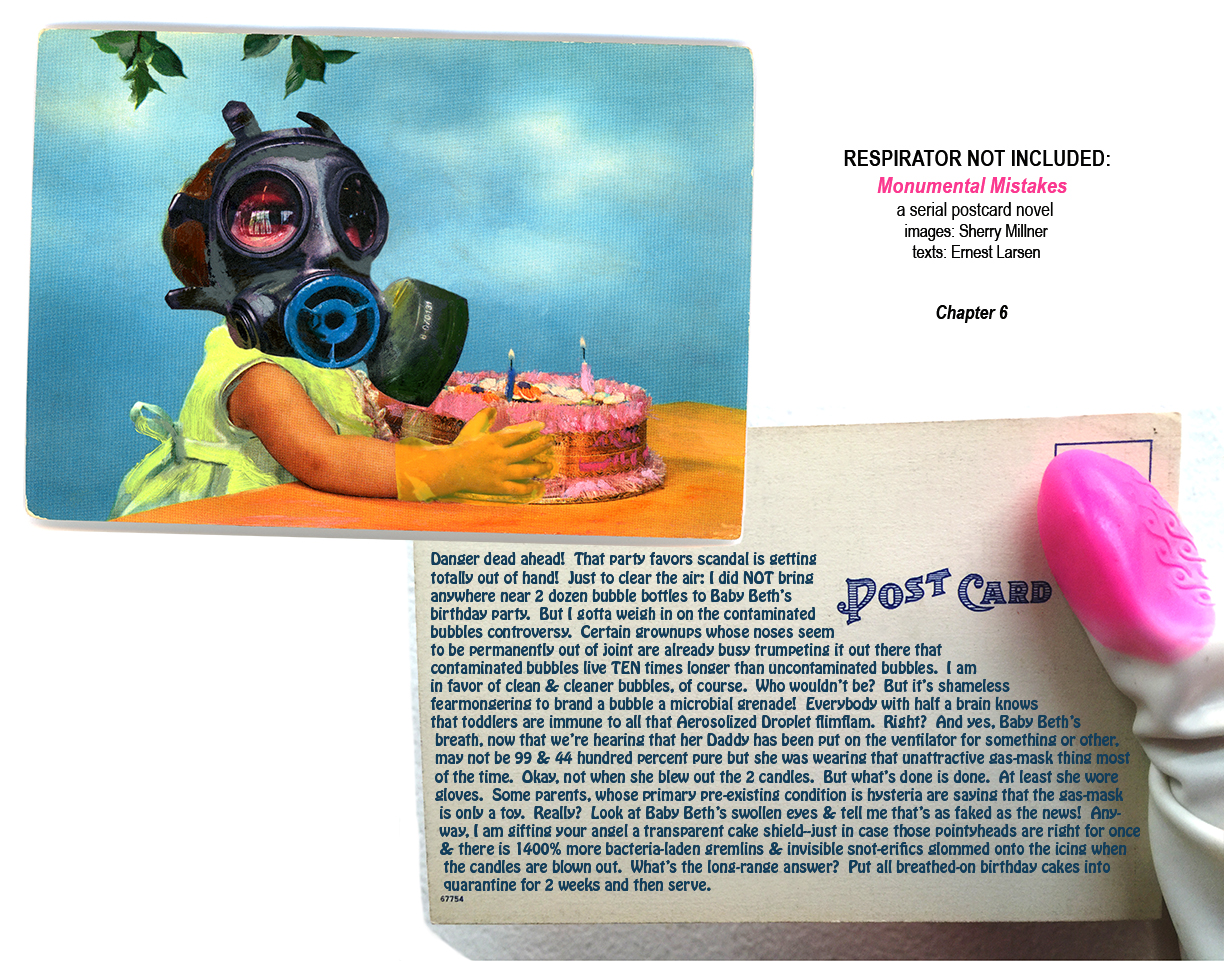 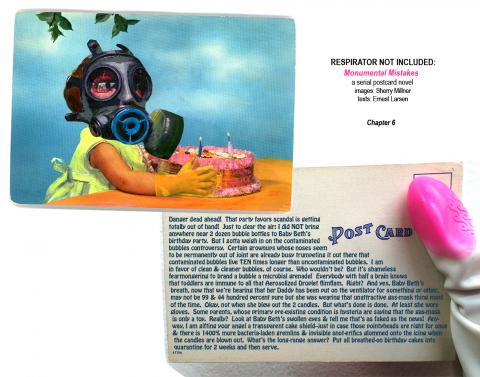 “I had a monumental idea this morning, but I didn't like it.”

Sounding a visual alarm, Respirator Not Included is an open-ended series of over 500 altered postcards depicting an apparently unlimited number of once sublime natural and man-made sites from all over a damaged planet wracked by pollution, contamination, extinction, disastrous climate change, and other equally devastating social and historical conditions produced by the relentless, reckless, anything-goes march of global capital.  The physical splendor of each postcard’s point of focus is displaced by a mitigating refutation:  collaged and painted images of bodies (and attendant objects, tools, hazard-warnings, waste remediation) unidentifiably occluded by de-contamination suits and safety head-gear.  This estrangement effect, while intimating that Planet Earth is well on its way to becoming as uninhabitable as Mars, blocks what would normally be an undisturbed complacently touristic view of the perfected image.  The hazmat invaders, at once strange and yet increasingly familiar, now literally and figuratively block visual consumption of each desirable site.  Taken together, these altered scenes aim to evoke the generalized state of emergency to which we all awaken each day--particularly now, with both the coronavirus crisis and the U.S. insurgence against policing and systemic racism verifying that these conditions are inescapable.  Within all of them the common cry that arises is: We Can’t Breathe.

“It's absolutely impossible, but it has possibilities.”   --Samuel Goldwyn

A fictive contribution to the corrective insurgence of the new horizontal iconoclasm, as it confronts mainstream (white-guy) U.S. history and its mythic repressions of such slight missteps as settler colonialism, genocide, slavery, and systemic racism.  This array has often been glorified as a somewhat deranged concentration of phallocracy in Monumental Design, with a noble bronze figure atop the peak of a stone phallus all but disappearing from direct view of the dwarfed spectator.  Concentrating on battlegrounds, parade grounds and prisons, such landscapes, once altered, serve to undermine the deliberate verbal contamination engaged in naming military sites for Confederate officers and slave-owning Presidents. 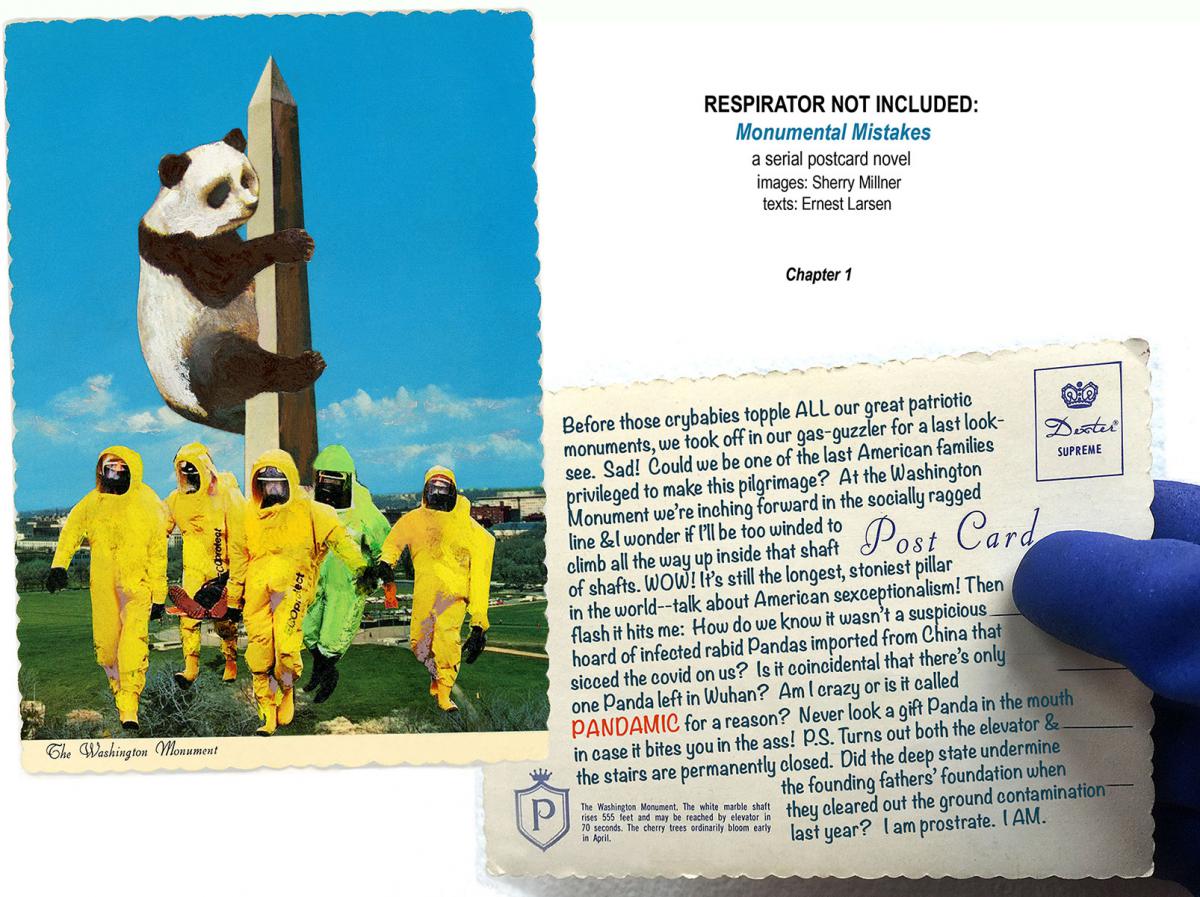 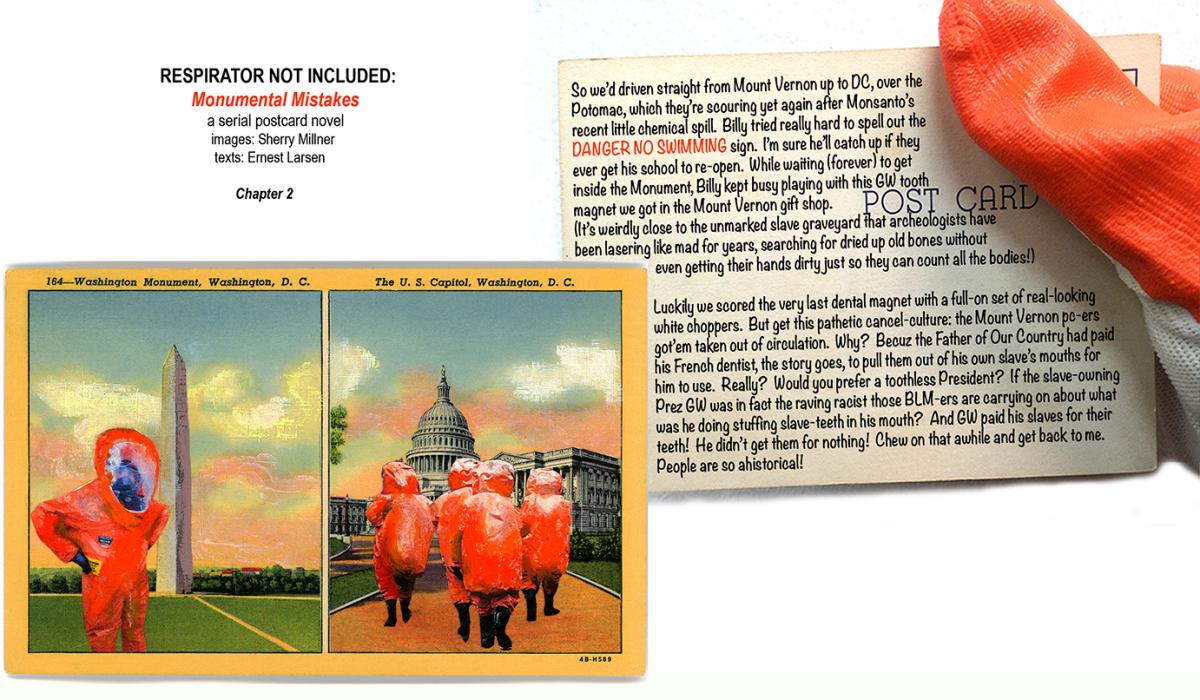 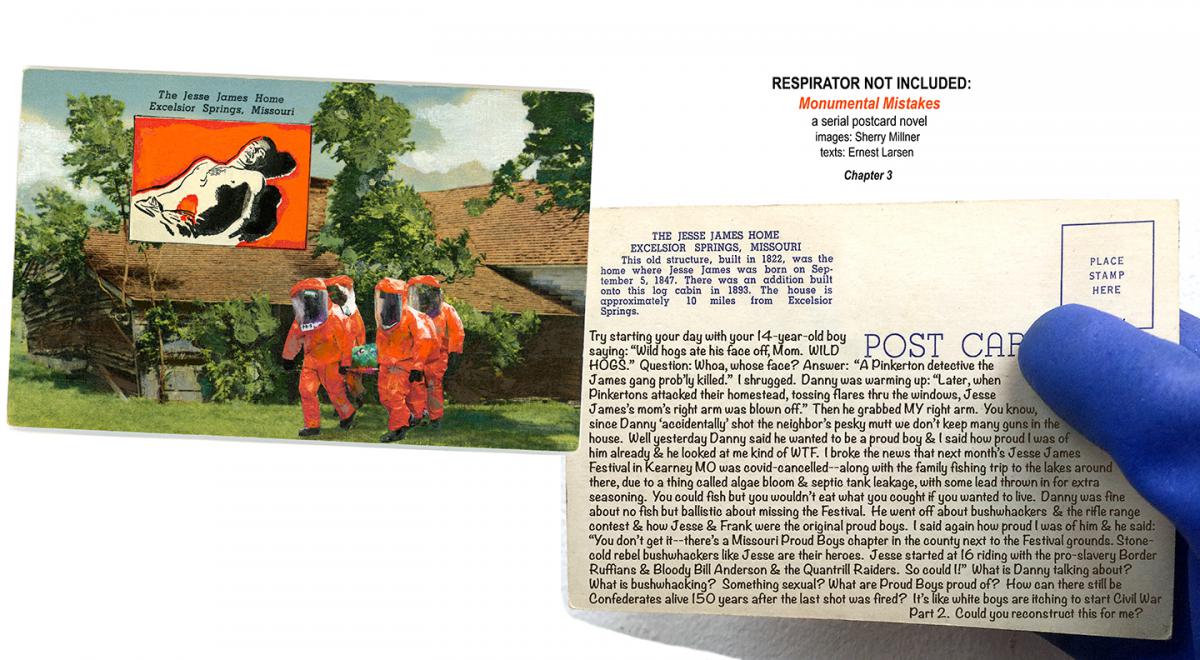 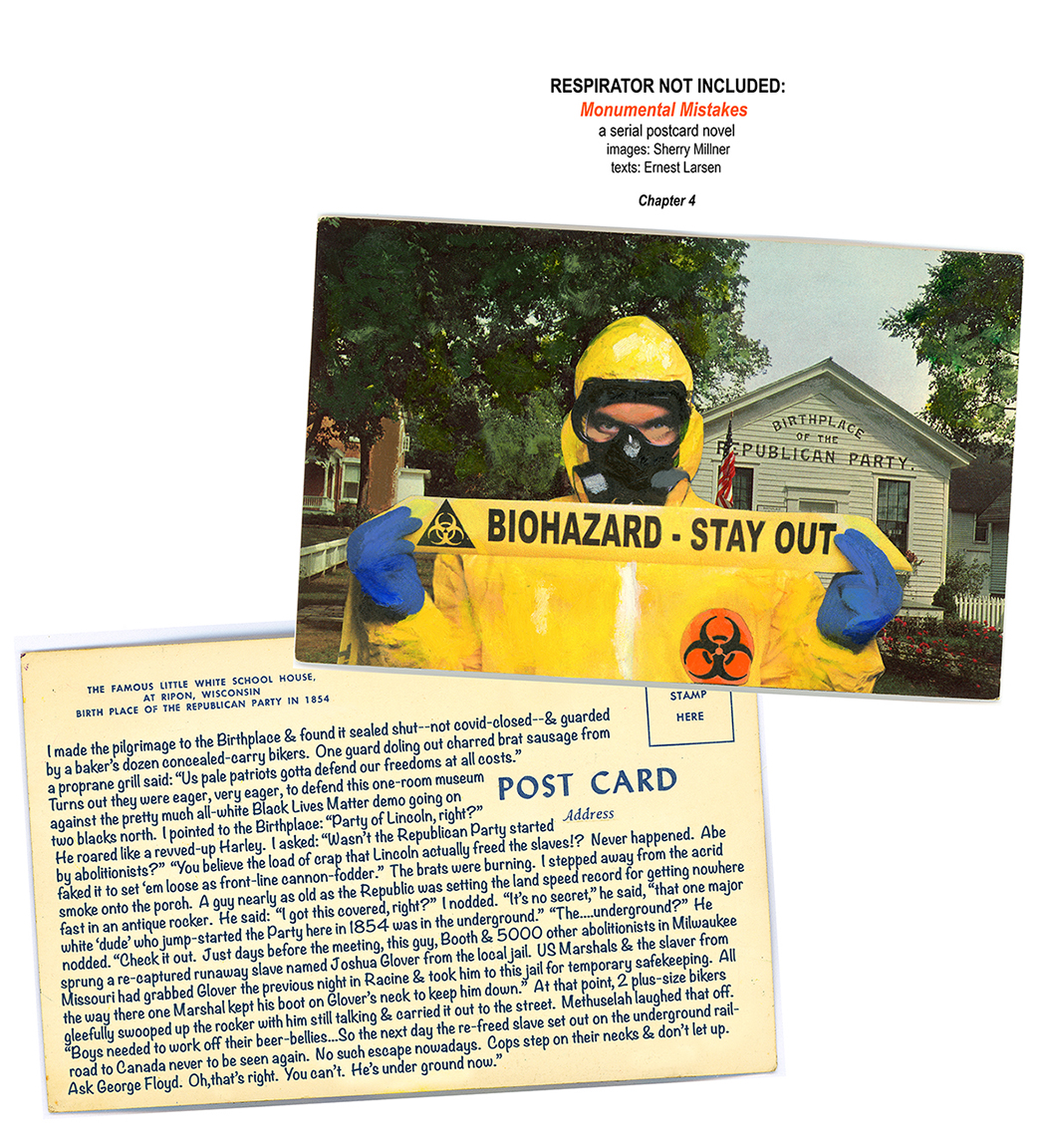 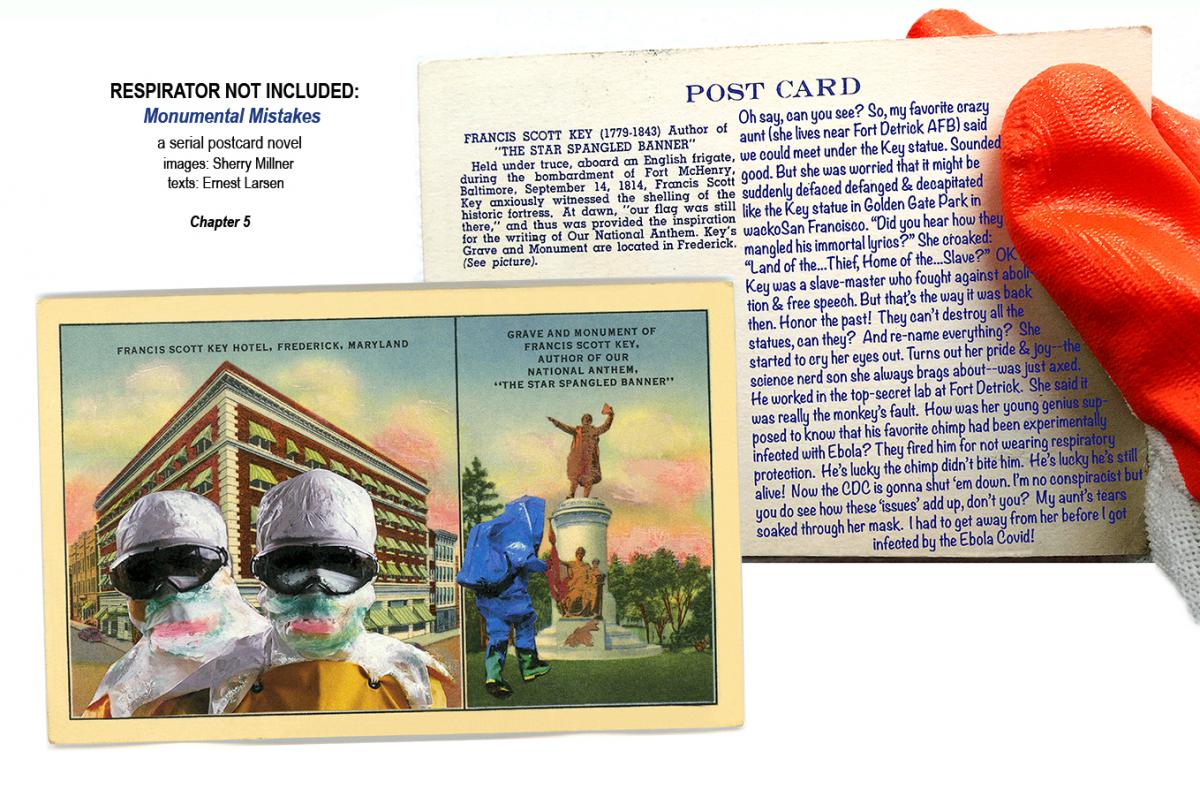 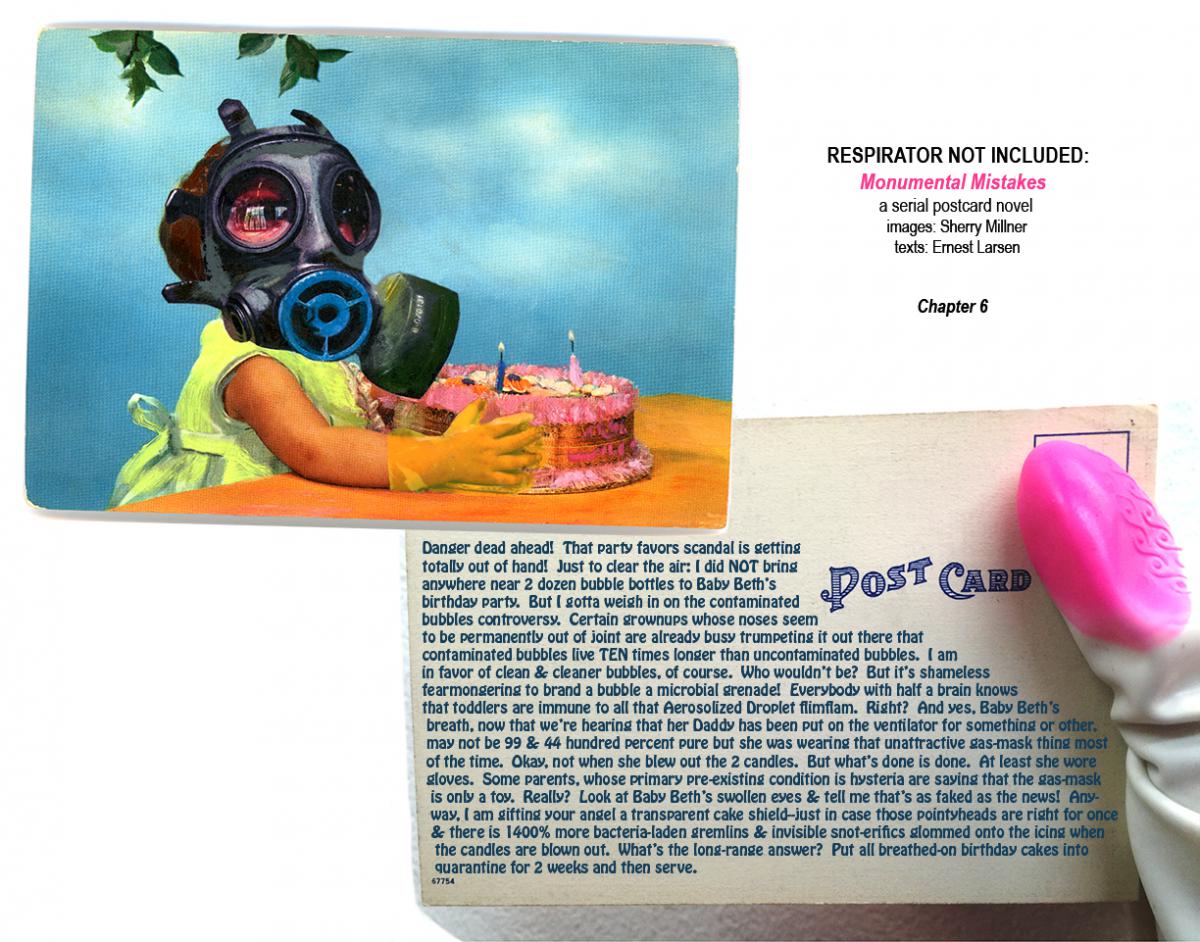 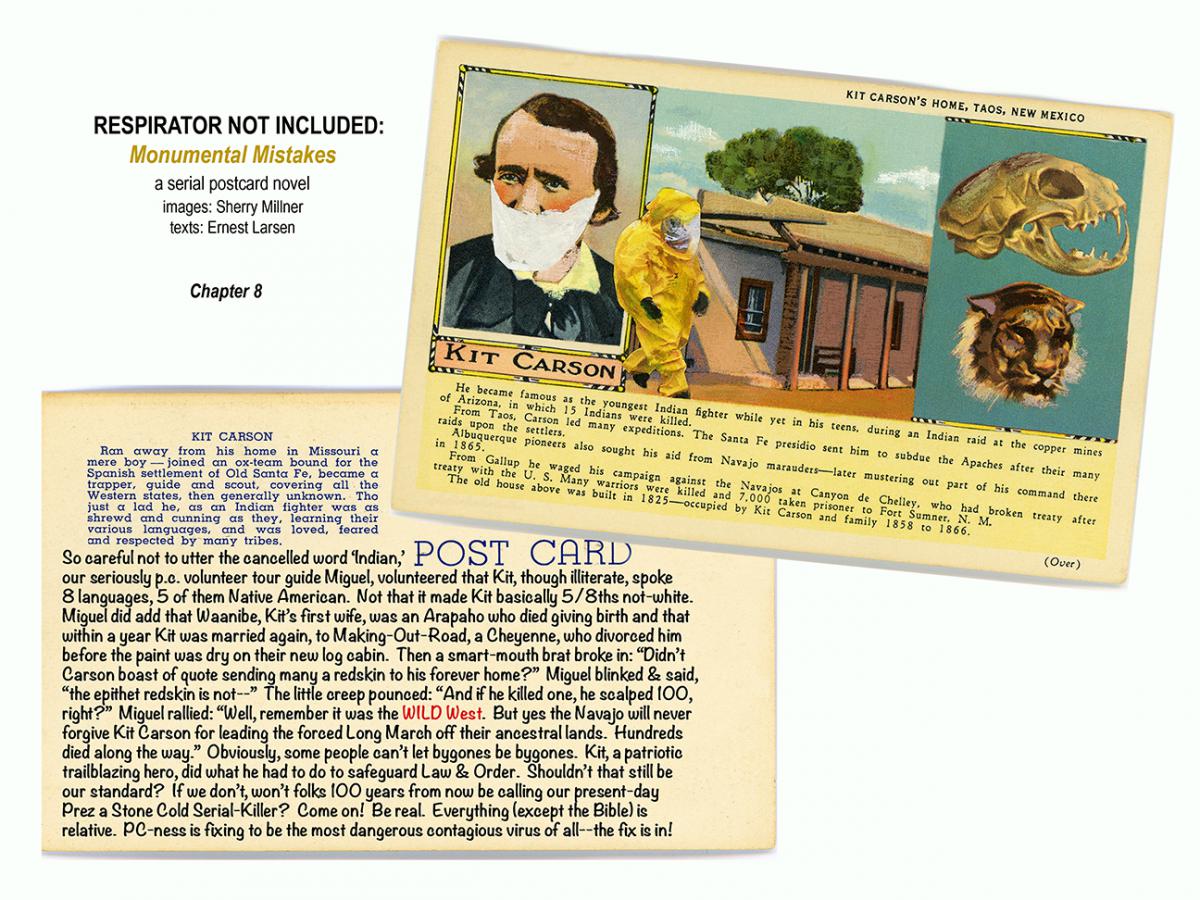 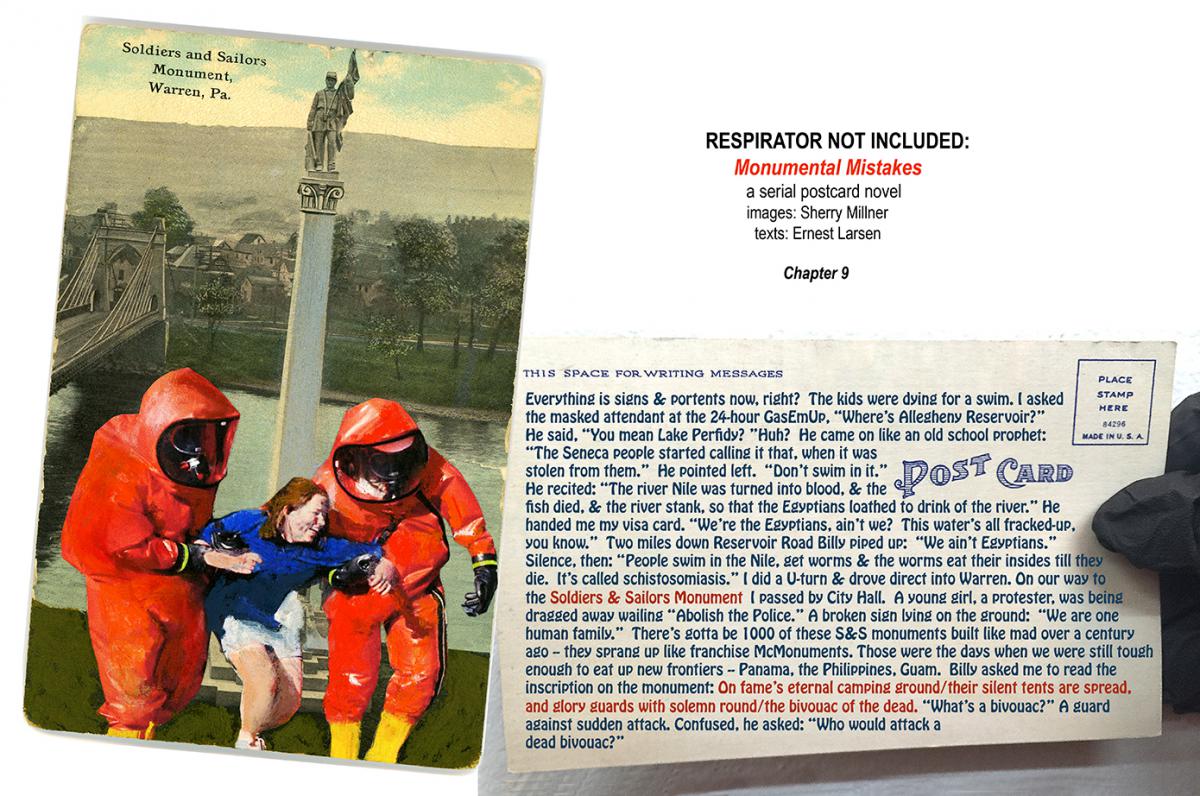 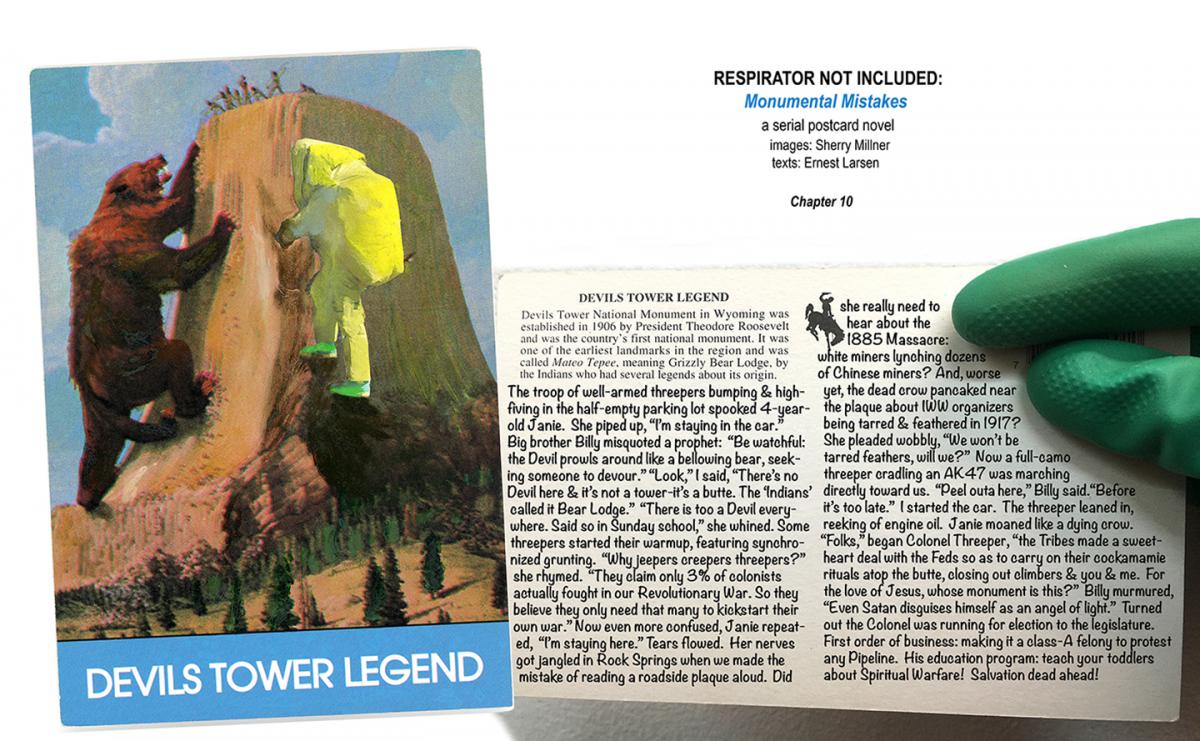 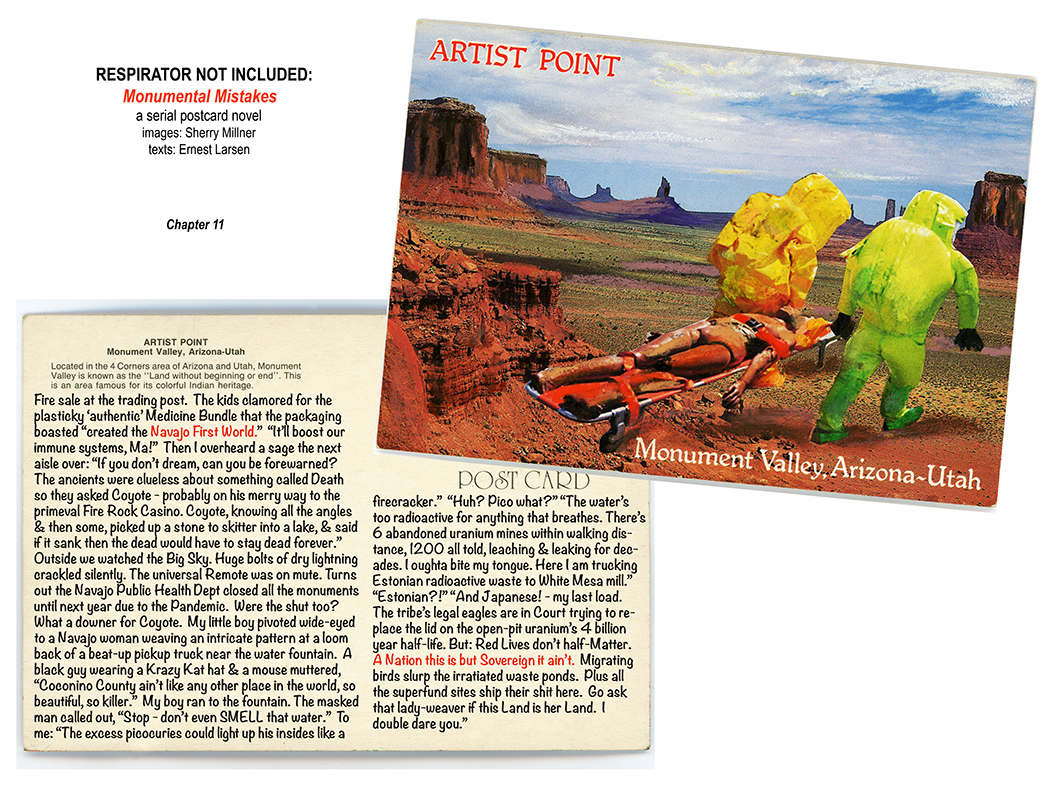