Can there be an Art History in the South? | MANOSH CHOWDHURY 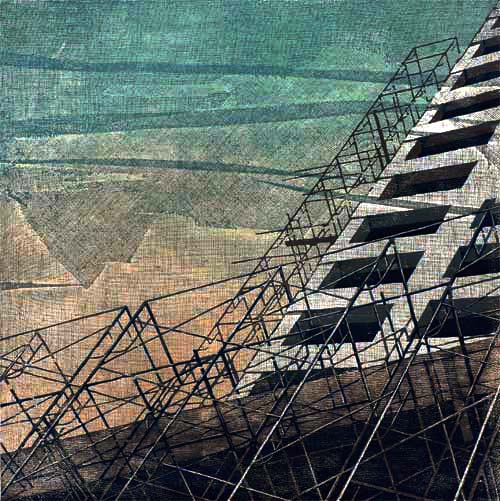 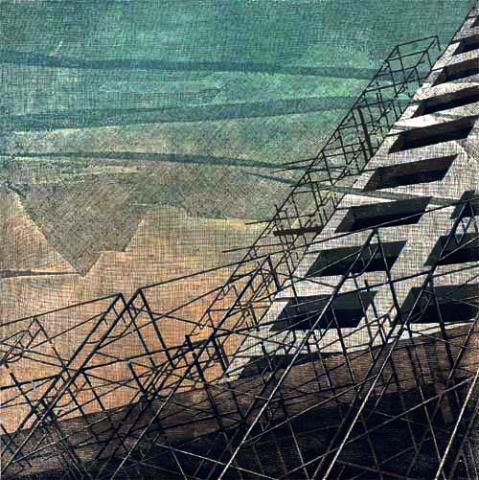 Can there be an Art History in the South?
The Dichotomy of ‘Art’ and ‘Craft’: A Colonial Legacy

There is no way that we can assume a pre-colonial art arena in the subcontinent [1] without an extensive framework of value judgment or hierarchy of its own. But the invasion of the local epistemology by the Western categories and concepts – which was by all measure total – resulted in the reconfiguration of the creative expressions in the region. ‘Art’ became an obvious expression of, and a motivation for, the upcoming modernity and what had long been propagated as progress.

‘Culture’ turned out to be a fundamental component of the nation-building process, and thus, the newly imagined mode of nationalism in British India. On the other hand, the project of art got involved in the definite/divisive practice of distinguishing ‘art’ from what the enlightened people identified as ‘non-art’.
If the ‘civilizing mission’ was an overt agenda inherited directly from the European masters, then ‘art’ became an avant-garde expression of subjective dimension, yet one which is brought into existence to assert civilizing desire. The possibility of finding the space for an alternative, if at all it could have been envisaged by some, was slim amidst the contestation among the agents from what apparently were different poles. In this line, not surprisingly, the arena of ‘art’, unlike ‘culture’, appeared to be a domain of ‘shared power and subjection.’[2]

The project of art differed completely from the project of culture – in mission, vision and exclusion. While the former went on to exclude the traits and motifs to plot a secure space in progressivism, the latter went on to include diverse forms and practices to push the cause of nationalism. ­

Until and unless the search for an indigenous form, often found amidst the heterogeneous chorus, emerges in the postcolonial political culture, could we be able to establish an authentic culture- and a location-specific art form.

But the History of Art needs a History

In a typically defined postcolonial location like Bangladesh, the quest for ‘history of art’ can at best be captured as an epistemological problem. The reasons for which ‘art’ emerged as a progressive mode of expression are the same that reduced its possibility to find a genealogy embedded into the region. The crisis is archetypical in any history writing project in the academia in this clime. On a more commonsense account of the problem, one may identify the very chronological frame within which modern knowledge takes its form in the academia as the foundational one to this crisis. At the same time, the epistemological replacement– with the uprooting of the older order and implanting of the new one– by no means has lost its significance as we now approach the issue.

There have been apparent attempts at adjustments in curriculum by adding an adjectional term ‘Indian’ to philosophy or ‘European’ to history or the likes. Left without much options, the academic tendency itself, in the end, constitutes an approach, if at all we are to call it that, of subfields. And often these subfields lack any sensible correspondences between them. Against this backdrop, it is too ambitious to expect an academia that deals with the hegemonic categories and concepts within the curriculum to look for an alternative, if not a fellow critical academic under his or her own takes it up as an intellectual mission. Without much exception, modern history, in this region, is engineered, and thus perceived to be as something exclusive within the European context. ­­ ­

All these issues point at the very dilemma of where to look for an understanding of the origin and the development of art. Whether the site resides in philosophy or in genealogy, is a question that also needs examination. Without any exception, we may conclude that it is in an active venture of search for a genealogy. Often what is referred to as Modern Art is found to be an escape from the inevitable category of ‘pre-modern’ art and then a deliberate jump into the European artistic cartograph from where both the progressivist motivation and the infrastructural support came.

Two Ways to Approach the Exclusion

The process of exclusion can never be easily traced given the global context of artistic and epistemological development. And none of us can deny the global influences as and when we are tasked with defining art and also to invoke it into recognition.

The problematic points to two ways of exclusion. First, the exclusion of the artistic forms and traditions from the academic curriculum that had been historically existent before the European influence came into the scene. Second, the exclusion of the contemporary practices that instead of being a product of the modern system are either falling into a different style or not being recognised by the modern readership– which can at best be perceived as the overseas sponsors. While the former has to do with the broader pedagogical question in the process of anticipating a modern education system, the latter has much to do with the ongoing struggle for adjusting of what is roughly perceived as a modern expression.

Not surprisingly, absence of art history curriculum in the academia in general can be perceived as a doubt over its own genealogical route. And not many scholars really dare to evaluate the major art tendencies as mimicry of the Western forms and expressions. ­

The query of art history, thus, becomes embroiled in a tautological battle in this part of the world. Any well-defined category of ‘modern’ art is absent in this region and the reluctance to trace an art history perpetuates this condition. And again, when one defines art history with gusto, one does so by remaining immersed in a modern set of knowledge with its obvious roots back in Europe.

Hence the whole process often leads one to myths and conjectures embellished with crude details, all in the name of interpretation. The most agonizing part is that one excludes oneself from the genealogy altogether. And finally, the need for one to be acknowledged by the Western art and academic agencies, one conceals any possibility even to underpin a contemporary history of local art. History, in this case, not only lacks a counteractive force of art at this end, but also a reason from where it can begin.

The Politics of Inclusion

A major problematic in art history lies in the assertion of the search for a universal character. By no means, we are now able to overturn the fact that the Western agents have long been categorizing, collecting, preserving and then archiving the non-Western forms and expressions of art.

This practice has precisely a history that can be traced back to the beginning of colonialism. Accordingly, museums, one that are build to house history according to Western prescription, should be seen as a major determinant in our attempt to define the non-Western artistic expressions. If it began, for example, with the snatching of the Mughal Kohinoor for the royal crown, then it continued for inaugurating an Indian section of the royal museum. The colonial project included the discovery and acquisition of antics from all over the world. ‘Antics’ here should be seen as a discursive category not only to define the non-European artifacts but also to claim [Western] possession over the already-defined materials, all in the name of knowledge and civilisation. Taking our cue from this practice, we need to be clear about the fact, that the discursive categories shifted towards ‘tribal’, ‘traditional’, ‘Asian’, ‘Middle-eastern’ or ‘Oriental’ for that matter, whatever was convenient at a particular juncture. Often it grasped a framework of area studies, and then an evolutionary one where fitted most. ­

There has been much speculation about the colonial mindset, about how it helps perpetuate the perceptions around non-Western art forms.

And not much is needed to justify the challenges posed against it, which often go unnoticed. However, what is being seriously ignored is the tendency of how the colonised subjects themselves adjusted to the unequal situation.

It is not only the reduction of artistic expressions into what I mentioned as painful mimicry, but also the complementary activities in archiving themselves – first in the form of local museums, almost identical in terms of their epistemological mission, then as a supply towards the contemporary cultural production of the West. No wonder that the regional state structures are the forerunner of these responsive ventures.

But what is surprising and is of crucial importance is that the private organizers are falling into the same rut. This is a historical fate that of the Southern agents. Unless a strong Southern horizontal cause is found, and until the cause is politically upheld by our Western counterparts in the domain of redefined/restructured art history, the activities from the other end can at best be defined as a gentle plea for having a little place in 'history'.[4] ­­

[1] While approaching a cosmopolitan audience, there is no option left other than assuming the category of subcontinent or South Asia and thus concealing exploration of the contesting zone within what is referred as South Asian art. A reflection on this point was in: Chowdhury, M. 2004: 'Representing Self: Is This a Resistance for US?', CounterFoto. Dhaka: Drik Picture Library.

[2] Asad, T. 1993: Genealogies of Religion: Discipline and Reasons of Power in Christianity and Islam. Baltimore and London: The John Hopkins University Press.

[3] For example, only a very few Indian universities have graduate program on art history. On the contrary, no Bangladeshi university offer such a program except one or two minor papers are included as foundational course to the regular programs of art institutes, a school that is designed to train paintings and the likes.

[4] A recent attempt should be mentioned here. Not incidentally this is the first ever comprehensive attempt to compile Bangladeshi art, namely modern art, in a single project. Compiled by Shawon Akand with his fellow volunteer colleagues, a young artist against the stride, this is a multimedia production still unpublished and can be accessed in a CD form with a text-introduction titled as 'A Brief History of Bangladeshi Art'. The organizers are trying their level best to make it available easily for the Bangladeshi consumers of art. At the same time, the urge to get heard among the Western audience/viewers is apparent in the project. This is a fact has become obvious historically.