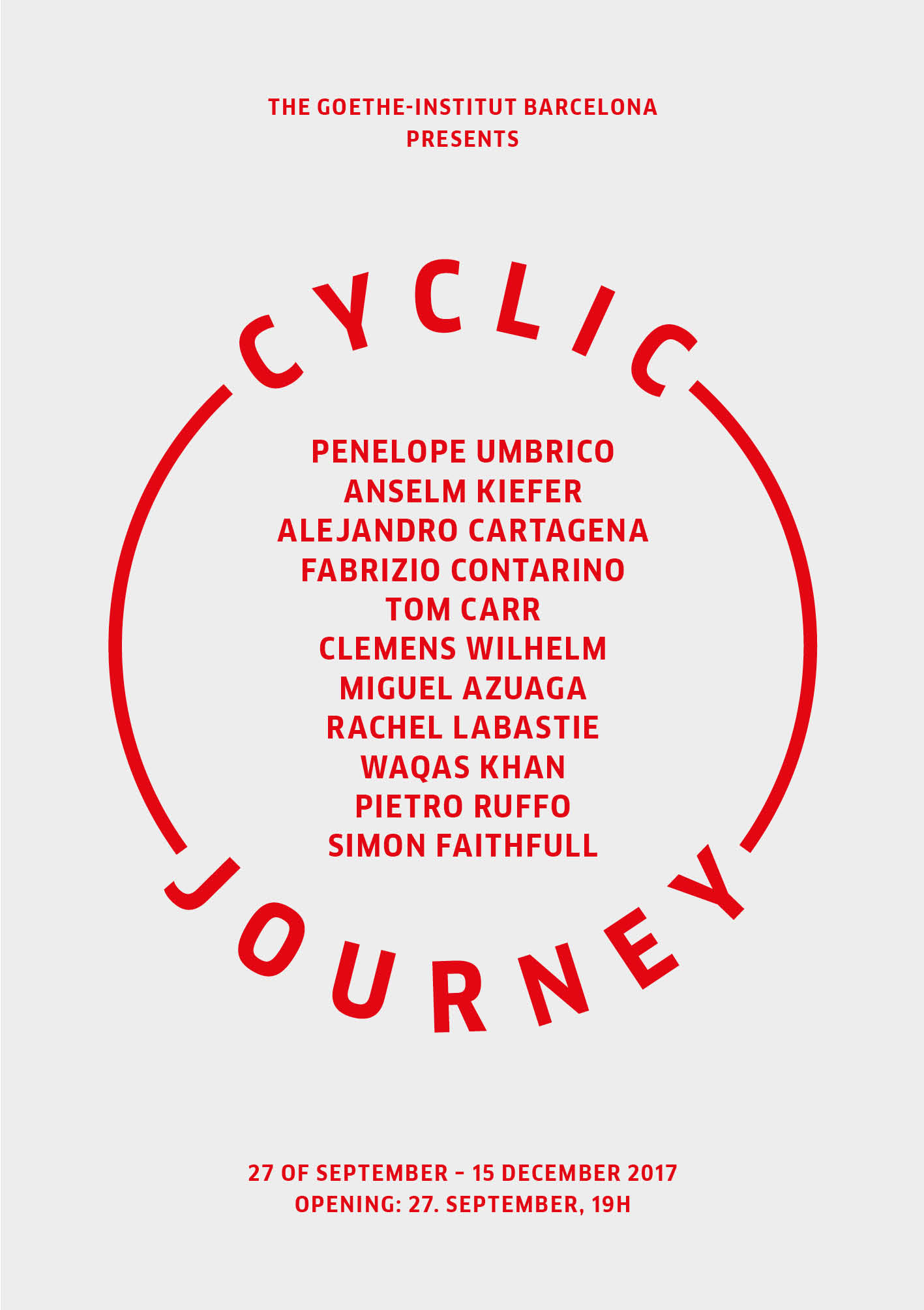 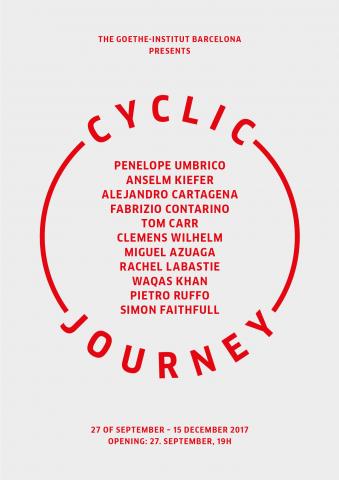 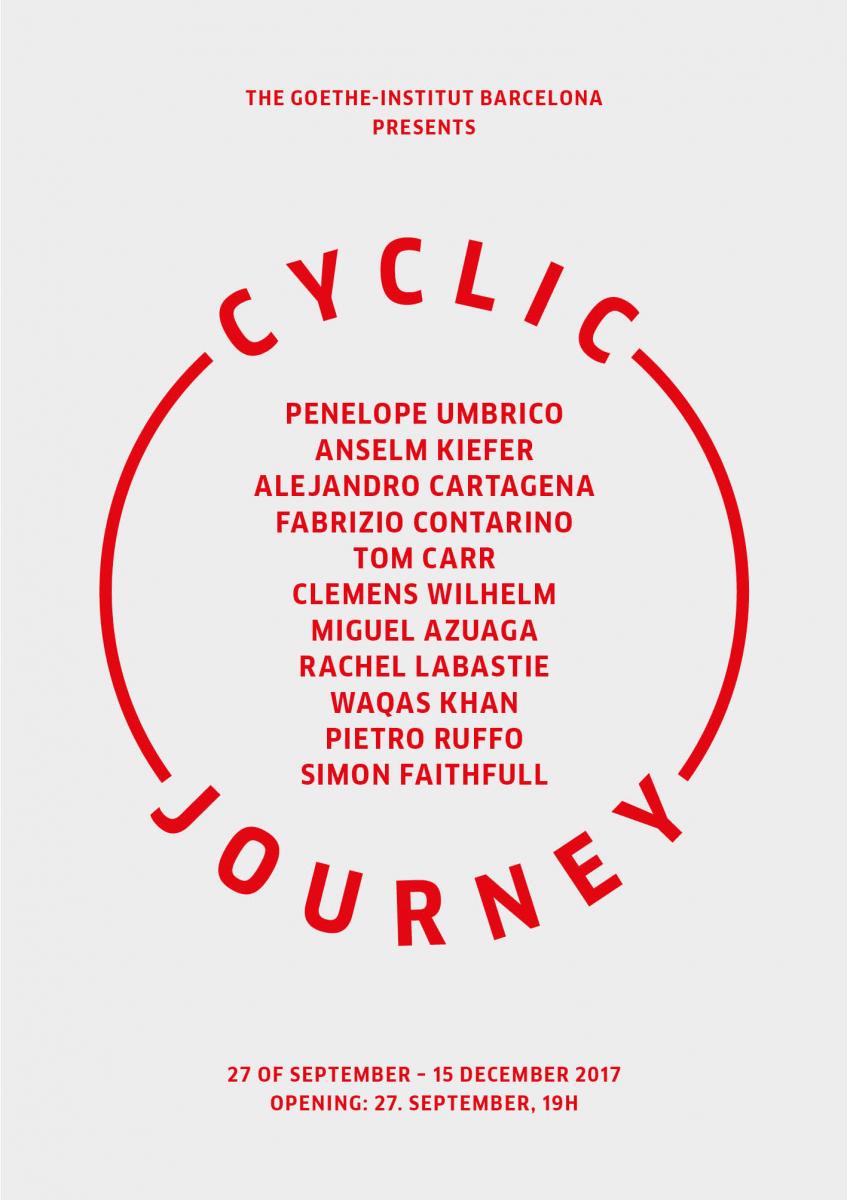 Everything flows and everything returns.

The debate concerning the essence and definition of time has fascinated philosophers, scientists and all categories of thinkers throughout the history of humankind. Among the various principles, measurements and interpretations of time –conceived by different religious, philosophical and scientific schools– the most widely known are the linear and cyclical readings.

If we are not dogmatic, we can say that both movements –the linear and the cyclical– co-exist and intersect one another.

Though the Greek philosopher Heraclitus stated that "no man ever steps in the same river twice,” we cannot deny the existence of phenomena that tend to recur and repeat.

Historic recurrences, responding also to the repetition of human patterns and behaviours, have been studied and conceptualised since antiquity. Historical cycles (corsi e ricorsi) and the rise and fall of societies described by Giambattista Vico, who wrote in his Scienza Nuova that: “Men first feel necessity, then look for utility, next attend to comfort, still later amuse themselves with pleasure, thence grow dissolute in luxury, and finally go mad and waste their substance”; the Wheel of Time, the Samsara and the concept of reincarnation present in Eastern religions; or the notion of ‘Eternal Return’, deeply explored by Friedrich Nietzsche, all encompass the cyclical movement and structure at the core of their philosophy and beliefs. In a famous passage of Thus Spoke Zarathustra, Nietzsche stated: “Everything goes, everything comes back; eternally rolls the wheel of being. Everything dies, everything blossoms again; eternally runs the year of being. Everything breaks, everything is joined anew; eternally the same House of Being is built. Everything parts, everything greets every other thing again; eternally the ring of being remains faithful to itself. In every Now, being begins; round every Here rolls the sphere There. The centre is everywhere. Bent is the path of eternity.”

This exhibition reflects on the concept of 'cyclic journey', on circular and elliptical visions and movements, and on those phenomena and experiences (sometimes predictable, sometimes not) that tend to recur.

The constant rotation of the Earth around the Sun, the inexorable cycle of life and death, the reiterations of history, periodic human and animal migrations, rising and falling civilisations, economic cycles, the unceasing processes of creation and destruction, the repetitive succession of wars and peace, cosmologies, the return trips made by people across the epochs, or even daily routines, are all realities that shape the concept of ‘cyclic journey’.

The project emphasises the intense, intrinsic, inevitable cyclicity that affects all humans. On the one hand, the common journey, since we are all on a single orbiting planet and we are all affected by the recurrent occurrences of life; on the other, the personal stories of mobility and the inherent cyclicity of each journey, the leaving and the returning to the self, always implicitly entailing a transformation. The stories, destinies and desires of many Ulysses –old and new– fluctuate in distinct spaces and times.

Cyclical and linear motions intertwine. Cycles –small or large, personal or collective– constantly and inexorably multiply themselves. Is there any final destination of the cyclic journey?

Everything flows and everything returns.

With her glossy, warm and bright composition of sunsets taken from Flickr, Penelope Umbrico addresses the increasing practice of archiving and sharing in the age of Internet. 33,634,297 Suns from Sunsets from Flickr (Partial) 7/24/17 –the title of the installation presented here in Barcelona– is a series of photographs the artist collected from the web and then re-composed in a mosaic of multitudinous suns.

The piece shows the continuous repetition of sunsets which, day after day, around the world, mark the rhythm of life. This collective and multiplied image recalls our constant movement on earth, and the sunset itself becomes a symbol of this cycle when day surrenders to night. The subject, the sun, is definitely the most potent emblem of eternal departure and return.

In Waqas Khan’s polyptych, Speck of Light III, repetitive elements in swaying linear patterns establish multiple directions and create visual rhythm. The electrical and dynamic composition seems to trace a path of enlightenment. Thin yet resolute curves dance on the surface of the paper, which becomes the stage from which whirling shapes generate a deep sense of mystical musicality. The influence of Sufism, the metaphorical images of the whirling dervishes, and the symbolism of the Sama ritual, are all condensed in the piece. The polyptych converts itself into a complex journey that requires listening.

Djelem Djelem, by Rachel Labastie, presents one of the most meaningful signs and tools of movement: the wheel. A wicker wagon wheel rotates slowly, fixed to the wall, evoking the ‘cyclic journey’. It speaks of nomadism, about the unstoppable motion of time and immediately arouses all connotations associated with such an emblem. Man’s wandering nature, the evolution of mechanical development, as well as spiritual symbols –such as the wheel of Dharma– come to mind while observing the endless, cyclical movement of the work.

The video Going Nowhere 1.5, the third in a trilogy by Simon Faithfull, presents a walk in a small sand-island in the North Sea. The artist, immersed in a dreamy and unusual atmosphere, follows the spiralling traces of seawater as it gradually and ceaselessly drenches and covers the dry sand of the tiny island. The circle of life tightens, the final direction and endpoint of our journey seem to be determined by external factors, the body disappears and the small island vanishes through the sequence of waves. The video-performance addresses the limits of man in nature as well as the inevitable cycle of appearance and disappearance of both land and humankind.

Pietro Ruffo’s works are mainly characterised by the overlapping of different techniques, layers of drawing, mappings and cuttings as well as different stories and narrations. In his series Migrations, the artist is inspired by the work of  geographers, cartographers and astronomers, by old maps that speak of history, conflicts and human relations. The phenomenon of migration is viewed from various perspectives and transposed onto different planispheres that merge past, present and future. Perception and distance –in time and space– change drastically, and the viewer is exposed to a dense narration that rejects simplistic visions. Migrations, voyages and resettlements have always been intrinsic to the life of all species; this work reveals both their constant recurrence and the increasing interconnectedness of humanity.

Starting from the experiences of his own family, Miguel Azuaga’s piece also deals with stories of migration and identity. In the video Just Wait, the artist stands before a snowy mountain landscape. The piece pays clear tribute to the Wanderer above the Sea of Fog (1818) –a painting by the German romantic artist Caspar David Friedrich– and, above all, it refers to the artist’s grandfather’s 1970s migration from Spain to Switzerland in search for a better life. Azuaga metaphorically retraces his grandfather's journey, silently contemplating the infinite horizon of this unchanged landscape, perhaps thinking about his similar circumstance, as he also migrated from Spain to the north of Europe.

The sea is the undisputed protagonist of Fabrizio Contarino’s silkscreens. Entre Aguas y Muros refers to the timeless ambiguous connotations of the sea: a liquid passage unifying lands, but also a natural and dangerous border that can provoke death and rejection. The artist starts his piece from a photograph of the Straits of Sicily –a 145 km passage between Sicily and Tunisia; between Europe and Africa– replicating and modifying the image to create an unstoppable motion of distant and near waves. The piece is both attractive and alarming at the same time; its movement and the history of the strait itself represent endless stories of migration, encounters and clashes.

Alejandro Cartagena’s camera captures the everyday journey of workers carpooling in México. The home-work-home trip is symbolic of routine, of the daily cycle, of a way of living that tends to repetition. In Carpoolers, sometimes the same men reappear in different trucks, or –the other way around– the same trucks reappear on the road with different men aboard. The sequence of photos rhythmically portrays the routine and cyclical daily journeys of a growing working class commuting through uncontrolled urban developments.

The circle is one of the most representative forms of the artistic creation of Tom Carr. The paintings presented in this exhibition deal with the symbolism of concentric circles, perhaps inferring that reality is composed of different layers of meaning, connections and relationships. The discs share the same centre, but the different lines of colours, the distinct tonalities and use of light, express a vision of multiplicity and diversity contained within the shape’s perfection. This work reveals cycles within cycles; and the traces of colours –which do not seek extreme pureness or perfection– suggest that there is deviation even in circular movement, some secret emptiness and some lines of connections.

In the frame of this exhibition, Clemens Wilhelm’s video SIMULACRA offers another perspective of the cyclic journey. Shot at the “Window of the World” Entertainment Park in Shenzhen (China), the piece addresses issues concerning contemporary tourism: the desire to travel, the illusion of travelling without covering distance, the chimera of having the whole globe within walking distance. The phenomenon of tourism is seen through the lens of repetition, reproduction and representation. The world becomes artificial and the journey loses its essence, transforming into pure spectacle, simulacrum and image.

The Kiefer Pavilion, located in the midst of the industrial complex and quarrying site ‘La Plana del Corb’ of the Sorigué group (Balaguer – Lleida), contains three immense and impressive artworks by Anselm Kiefer. Für Velimir Chlebnikov (2005), refers to one of the theories of the Russian futurist poet and thinker, Velimir Chlebnikov, asserting that all great battles are cyclically repeated every 317 years; Shevirath Ha Kelim (2009), recalls the process of disintegration and spreading of vessels identified in Kabbalistic interpretations of the creation of the world; and through the representation of constellations, a recurrent subject in Kiefer’s work, Die 7 Himmelspaläste (2005) speaks of the ascension to God. The visit to the Kiefer Pavilion will itself be a ‘cyclic journey’, planned as part of the exhibition.

Cyclic Journey | Exhibition at Goethe-Institut Barcelona from September 27 to December 15, 2017.