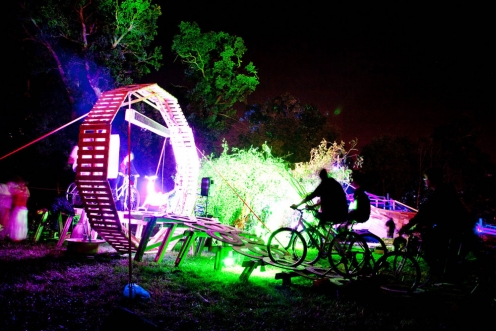 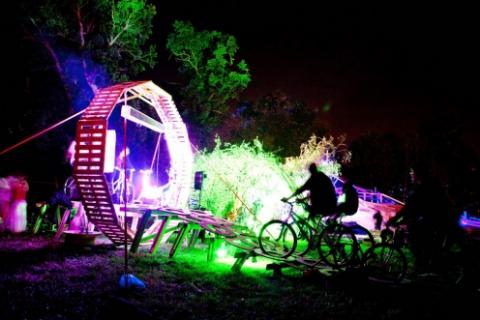 Stad en Architectuur vzw has been organising the AUDITORIUM lecture series since 2001 in cooperation with the STUK Arts Centre and the department of Architecture of K.U. Leuven. This series has been bringing together a wide range of experience and expertise and centres around a common theme. International design and architecture offices focus attention on new trends and developments in the field of architecture, urbanism and design. The series will feature a mix of renowned designers and up-and-coming architectural talents on the verge of their international breakthrough.

The central theme ‘architecture as a laboratory’

For our next edition we are looking at architecture from an experimental viewpoint. We will be taking a look at 'architecture as a laboratory'. Architectural space has often been avant-garde: a place where social trends were considered and applied, in anticipation of societal developments. 'Architecture as a laboratory' wants to show architecture that enables pertinent and critical questions, and goes beyond fulfilling our everyday needs. We are looking for experimentation in architectural thinking, experimentation as a challenge, as a motor, as a result. The lecture series shows work that balances on the very edge of what can be called architecture. Similar to laboratory conditions where we are on the lookout for the unexpected, the unprecedented, we want this lecture series to look for forms of architecture that deviate from a predefined path. Architecture that jumps, such as Yves Klein's "Saut dans le vide".

The 'architecture as a laboratory' theme serves as a trigger for the curator to go to work and translate this concept into a relevant and coherent list of speakers. The theme for this lecture series functions as a connection in an international context and leaves ample space for variation. Guest speakers not only show experimental design, but also tangible results through completed projects.

What part does the curator play?
The curator develops and organizes a lecture series of six lectures in total in the STUK Arts Centre in consultation with Stad en Architectuur.