STATE-SANCTIONED ICONOCLASM: A question and an answer concerning the damnatio memoriae of a radical gesture | LIA YOKA and ORESTIS PANGALOS 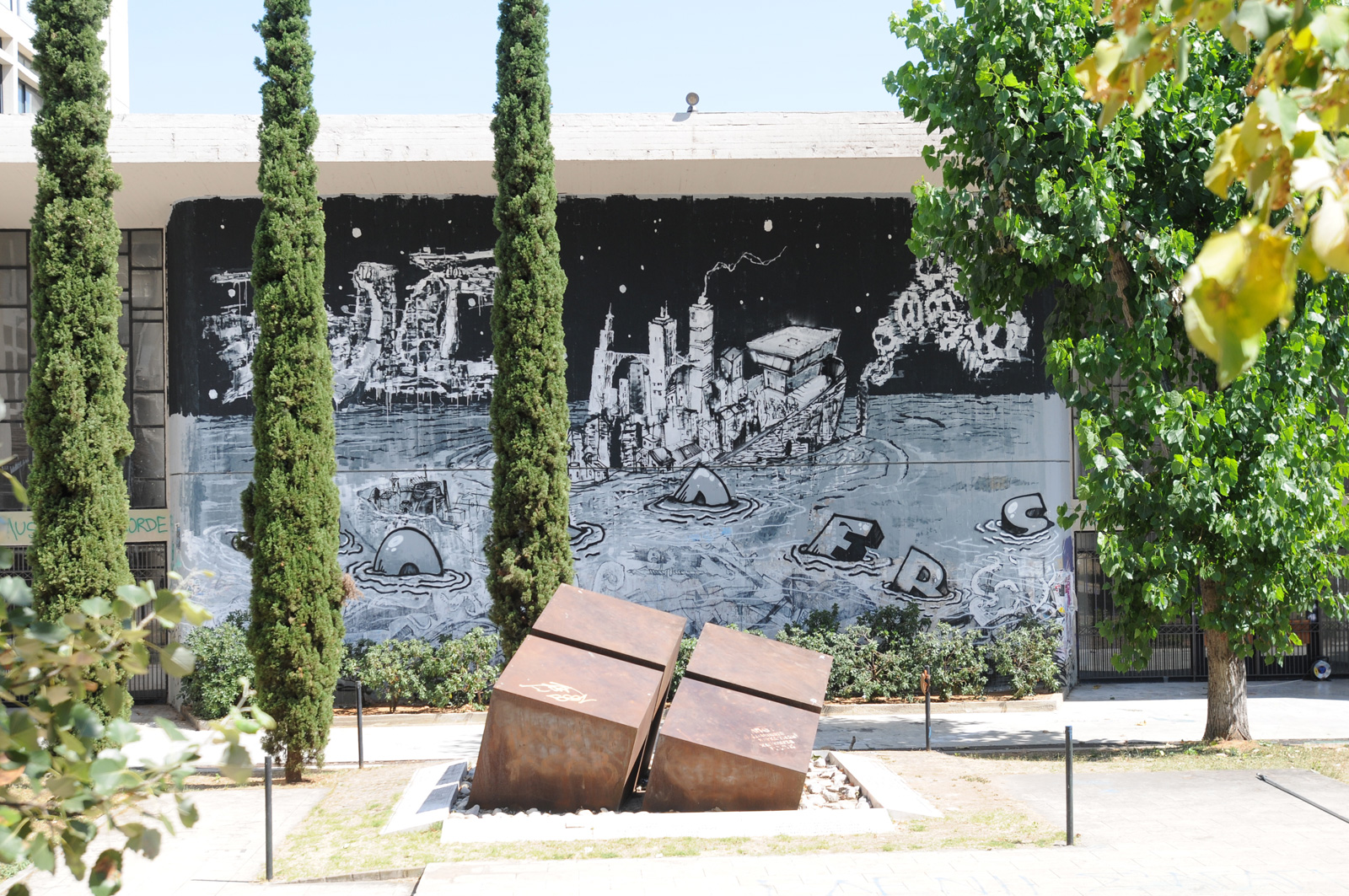 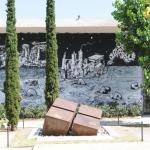 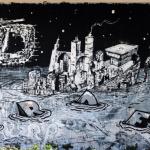 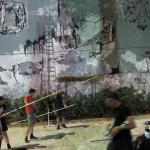 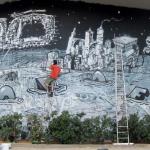 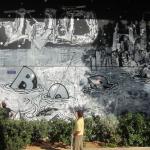 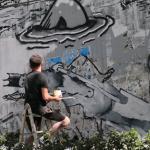 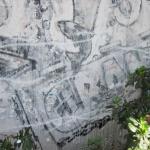 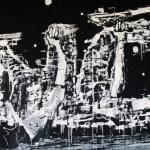 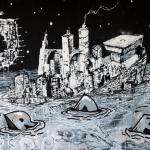 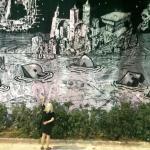 In this town, nobody seems to be afraid of graffiti. Many would call it “creative intervention” and might even see it as anticipating the true Commons, a space that transcends fake public/private divides. They count “street art” among the few remaining authentic forms of expression today.

Of course there’s also the less-than-enthusiastic majority (whatever majority means): It’s uptight, but tolerant. The most conservative and law-abiding amongst them might prefer banks commissioning street murals, or the city council licensing professionals. Hysterical neoliberals might go a step further and mumble:

“Graffiti is just hypertrophic teenage egos confusing their hormonal unrest with rage against a status quo they can’t even articulate…” Yet even they feel that writing outside will not harm the affected neighborhood’s school kids more than under-heated classrooms or a diet of crisps and cola. And we can hear them say: “All this tagging and scribbling, whether football-themed or political, introvert or explicit, makes a plein air façade look like the toilet in a bar, but what can you do? Even if most graffiti is ugly, there’s so much of it around it’s near invisible!”

In other words: At best a window to utopia, at worst an acceptable level of pollution, painting outdoor surfaces in Thessaloniki is, on the whole, an anodyne affair. All candidates for mayor would agree that inadequate parking facilities, waste management, the city’s huge debt and the collapse of the small- and medium business economy are more pressing problems. Or maybe large-scale drug dealing on university campus, candidates for the rector’s office would add. Or the fact that the 91-year-old Aristotle University has an annual budget that is lower than its electricity bills.

So the fact is that, given the dynamics of attitudes towards “street art” that equals indifferent tolerance, neither academic authorities nor town hall members have ever campaigned to “ban the spray-can”. That would be hilarious. They would prefer the place a bit tidier, for sure. But on the other hand, they must admit that soiled walls and dusty pavements don’t seem to discourage visitors or global investors, who even fancy this atmosphere of Balkan shabbiness. Monumental ruins and urban decay work wonders for tourist nostalgia and wholesale buyers alike.

That was the introduction to our question. Our question is:

Why was it a matter of urgent priority for the authorities to destroy a wall piece at the Western side of the Law School on the Aristotle University Campus?

At once an eloquent statement, a highly skilled pictorial composition, and a study of site-specificity, this exquisitely beautiful mural, designed and created collectively as part of the No Border Camp project in July 2016[1], was defaced immediately after the end of the No Border Camp.

A few facts: No wall or surface whatsoever in the surrounding area (traditionally and proudly chock-full with paint and posters) was whitewashed or scrubbed off for over three years (the Law School walls facing the School of Agriculture), several pieces haven’t been touched in over six (on the Administration building nearby), while some limited cleansing activity has occurred in the last few days (i.e. the second week of September 2016), mainly focusing on the campus walls that can be seen from Aghiou Dimitriou street.

The defacement of the particular wall happened after the 1500+ international participants who had set up their tents on the occupied part of the campus for the 10-day No Border event in mid-July, had left almost without a trace. Hardly any damage was done, which is impressive for such a massive gathering and definitely depressing for media, police and local authorities, all of whom had hoped they would get much more to complain about than a few broken locks.[2]

Also, the defacement occurred in the same week three self-organized migrant housing projects were evacuated[3] (one of them property of the Aristotle University at the promenade of Thessaloniki, abandoned for decades and deemed unfit for habitation)…It occurred in the same week that people arrested in the above mentioned occupied buildings stood trial. Some of them were given incredibly high sentences for having squatted an abandoned orphanage belonging to the orthodox church: By the way, this building, intensely renovated for the third time by squatters (it had been occupied by antiauthoritarians twice before), and covering the housing and living needs of migrants and refugees since December 2015 as a self-organized solidarity project, was completely demolished by the State-sanctioned and church-blessed bulldozers, providing a further background for the defacement of the mural: The official war against memory involves carefully destroying material evidence. “If it is not there anymore, nothing ever happened”: Only embarrassed winners rewrite history this way.

Do these coincidences cohere into a broader picture? There definitely is a turn in State politics towards solidarity structures from below: Evictions of occupied houses, destroyed solidarity kitchens, arrests of people involved in self-organized initiatives and, most importantly, continued -and worsening- conditions of detention for sans papiers.

Is there also an actual shift away from tolerance even of antiauthoritarian symbolism when it cannot be immediately coopted? Was the aesthetics of the specific graffiti recognized as part of a dangerously uncontrollable solidarity movement? Was the appearance of the wall so effectively offensive that it had to be censored as soon as possible?

This is our provisional answer:

Defacing the ‘sunken borders’ mural as a matter of emergency was an act of political iconoclasm, a mix of fear and revenge. It is proof that state-approved liberal permissiveness is the flipside of State repression. And it certainly is a sign of the mural’s spot-on relevance and success as a radical piece of work.

[3] Here the ambivalent description of the evictions by a newspaper close to the majority governing Party Syriza: http://avgi.gr/article/10813/7319943/ekkenothekan-treis-katalepseis-stegases-prosphygon-kai-metanaston-ste-thessalonike