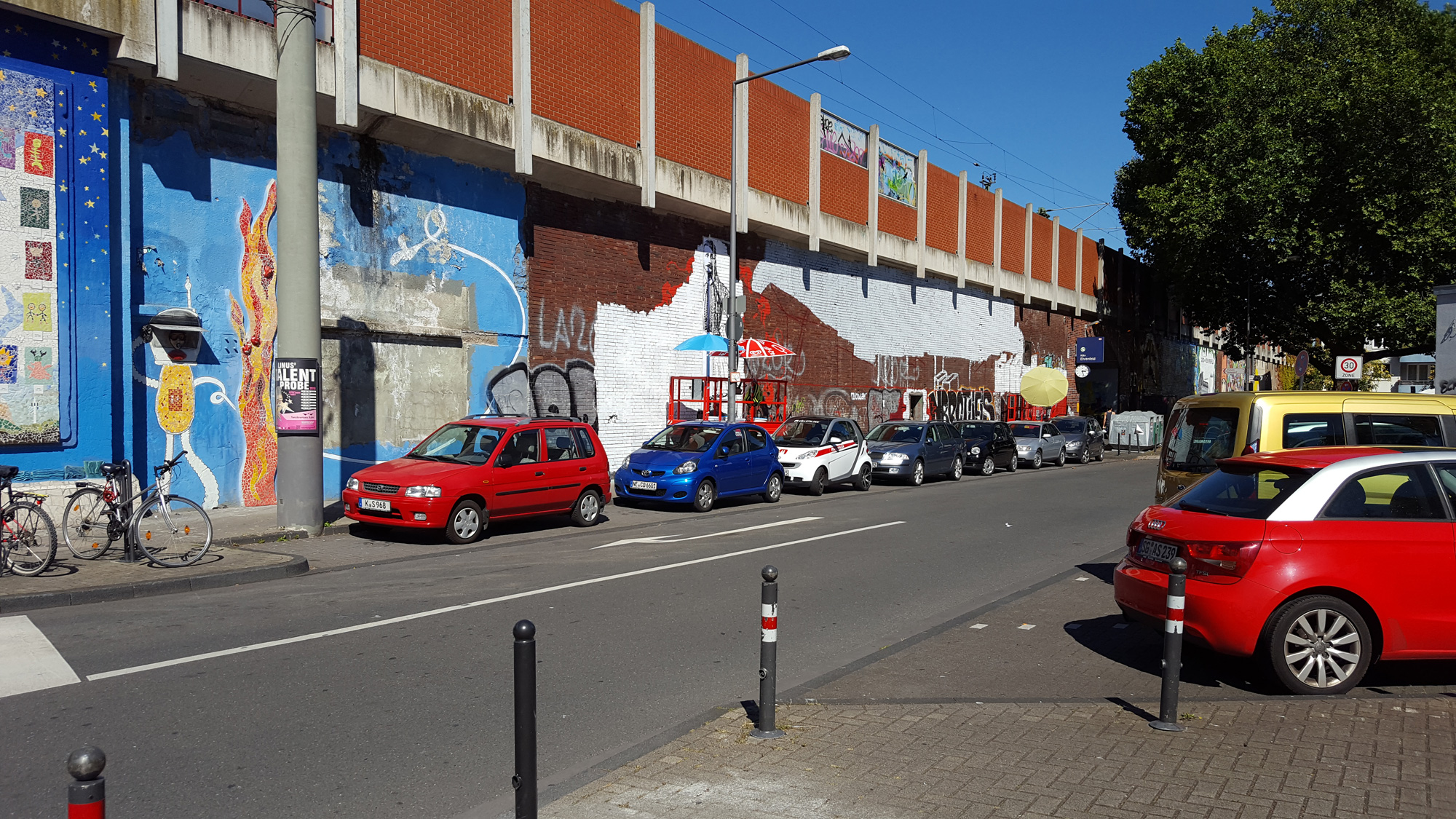 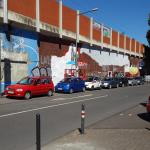 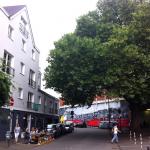 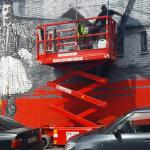 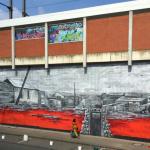 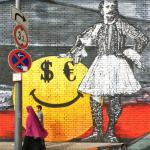 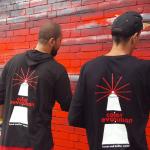 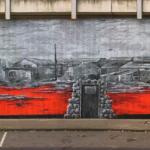 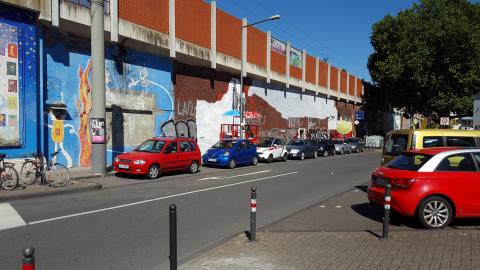 It was in the end of June when John Iven by “Colour Revolution” (one of the most creative groups of the world of street art ) visited me in my studio in Athens, in order to propose a wall in the center of Cologne in Germany. In Ehrenfeld train station.

A Greek giant with a traditional costume, proudly stands. He looks far away and “listens/thinks” about the future. Beside him, his only friend: A friend with his mask/costume. A smile with eyes of euro and dollar.

The Greeks and definitely the individual citizens of the world have been confused for long time now. They / we are confusing security with happiness.

I wonder.... if in the end, we get all the money that the “global market” wants, will everybody finally be happy?

Will we be proud that we have followed the dictates of our stock bank world?

The environment of the two characters, an old black and white photo from Piraeus port from decades ago. This port is our country, symbolizing always the trade, the present, the people and the markets but also, the journey.

Red roads, like blood. A strong contrast of black and white landscape with the warm palette of the remaining work, creates a theatrical, almost poetic, drama scene.

A comment about the crisis in Greece and in the world.

Till when do people have to suffer for a better future, I wonder?

When, will the tv news stop show dead children and blood on the streets because the states, the countries do not have a social character?

How proud are we of all this?

I do not know the answer, but I hope that projects like this provide the

There are artworks that “work” like pillows but this one is not like this, it’s an alarming artwork.

A project so purely Greek, with sociopolitical and economical commentary from a poetic

Without intermediate communication filters from the tv or the countries.

today, from Europe to the world.

A wonderful experience with a very strong team

Manolis Anastasakos has participated and represented Greece in solo and group exhibitions in Europe, Asia and America, winning international awards and accolades for his work. He is the artistic director at the center "biomimicry Greece, research and innovation" and in 2016 he started collaboration in the innovative program of NASA "space apps challenge country Greece". He is a member of visual arts institution "A. Tassos." His artworks are already found in contemporary art museums in Greece and abroad and in important private collections.

He is interested in street art murals and for large scale art installations in public space. Several of his monumental artworks, are in a public place after average European programs and public partnerships. As the focus of his internal concern, is the search for the answer behind the tendency of people to confuse security with happiness and in which way, the visual aspects of art, can reshape the mental structure of each viewer, based on aesthetics and critical thinking