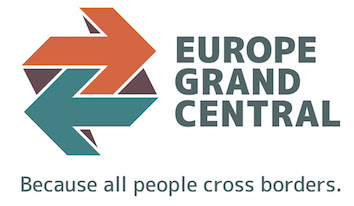 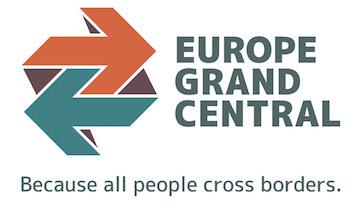 Criteria: We are looking for artists and cultural/social animators representing different fields of arts who speak English or French or Spanish. The invited artists-in-residence should be ready to:• carry out activities focused on a process in one of the districts of the city of Lublin involving the local community and using the local infrastructure (people, spaces).• work with one of the target groups: children (3 – 13 years old), seniors (plus 60 years), difficult youth, unemployed, homeless, young parents, addicted to alcohol. • cooperate with tutors, scholars, artists and animators from Lublin.Artists and cultural animators interested in applying must propose a draft of an action that involve the target groups listed above in the application form..

Description: Not Quite is an artist co-op of material based and visual artists in a small village in west Sweden. In an old Paper mill we share workshops for metal, wood and ceramics and keep a shop, a café and gallery paces for visitors, mostly during summertime. Most of the artists work in the field of contemporary crafts, we run artistic projects together and have produced exhibitions, performances and music festivals during the last 12 years.
During 2016 we will approach our nearest town, called Åmål, a town of 9000 inhabitants. This town is facing effects of urbanisation and challenges of segregation, groups are forming, suspicion rising and there are groups that are and have been underrepresented in the creative activities and the governing of the town for a long time. Since two years refugees mostly from Arab countries have arrived and integration and cohabitation are important topics for our town.
We want to investigate how we can make a bigger diversity of people engaged in the community life. We believe that the act of making and creating together is a way to give individuals means to express and take place in the community. It is also a way to get people to gather around common activities despite cultural borders of different kinds.
Criteria: Our project is built around participation of the inhabitants of Åmål and the knowledge the members of the artist co-op. We have seen that workshops that for example involve sewing, handicraft and food making are activities that have created meeting points of people from different groups, these have then become the foundation for developing new ideas. We would like to have guests that have experience of working with collaborative and participational projects, were the local context is of great importance, mapping and processing the local history and present situation. We would like to work together with the guest towards a public event of some kind in Åmål.
The artist would have access to our workshops for making in a village 20 mins outside, our networks of contacts with the local community and to an event space in town.We have knowledge and experience of craft and making and that is where we want to start our investigations. Artist or groups that uses craft in innovative collaborative ways would be welcome.
.
Residency n°5 and n°6: Malta and Gozo, Valletta 2018 Foundation provisional dates of the residency: from June 2016 (duration: 2 to 4 weeks). Number of residents:2
Description: The Valletta 2018 Foundation is offering two artist residencies with workspace for production and exhibition although these spaces will vary depending on the nature of the artist’s work.   The purpose of the residency is the promotion of dialogue between artists and the community, with specific interest in community engagement in view of the 2018 European Capital of Culture title.   Each residency will take place on one of the two main islands – one in the more urban environment of Malta and one in the more rural Gozo. In both residencies, access to the community will be facilitated through the Valletta 2018 Foundation, but the artist will be expected to conduct their own research prior to the residency.
Criteria: The residencies should be built around dialogue between artists and communities. The residencies are open to artists from any discipline. Participants are required to engage with the community, not only  through public programming activities such as workshops, open studios, exhibition or performance but especially through direct involvement with communities and / or community-based organisations.
.
General criteria of RCF
i. The impact of the residency experience abroad must have constructive repercussions on the localised context in the Arab region when the artist returns. This means that his or her experience must not only contribute to personal development but must be shared in a “networking” fashion that will benefit connecting artists and operators in the applicant’s own country or community when he or she returns in order to maintain, renew and develop contemporary arts practise in the Arab regions.
ii. Applicants must choose the cheapest form of transport. Visa costs can be covered.
.
Schedule
The call will be open for one month and a half: 1st February to 15th March 2016
Results of the call will be announced on 15th May 2016
The residencies will begin at earliest 1st June 2016
.
How to apply
Visit the Roberto Cimetta Fund’s website and click on “Apply for a grant”, and then click on “Apply for a Europe Grand Central grant”. Fill in the short questionnaire and submit it. If the information you provide is considered eligible for this call, you will receive the link to a brief form that you must fill out and submit before the deadline. Applications can be made in English or French.
.
Administration and Evaluation
The call will be administered by the Roberto Cimetta Fund, evaluation will be carried out jointly by the Fund and the EGC residencies.
Funds will be released to successful applicants in the following way: accommodation and per diem grant will be provided to the artist on his or her arrival at the residency. Travel grant will be released upon submission of proof of travel, proof of accommodation and per diem expenses. A written report must also be provided before travel costs are reimbursed.
.
Rules
The following rules apply to the fund:
i) The decision of the evaluation board is final
ii) The Roberto Cimetta Fund and the EGC residencies reserve the right to reject all applications submitted if the quality of the applications in not seen to be sufficiently high
iii) Dates in the schedule must be respected and complied with in full; failure to do so will result in disqualification.