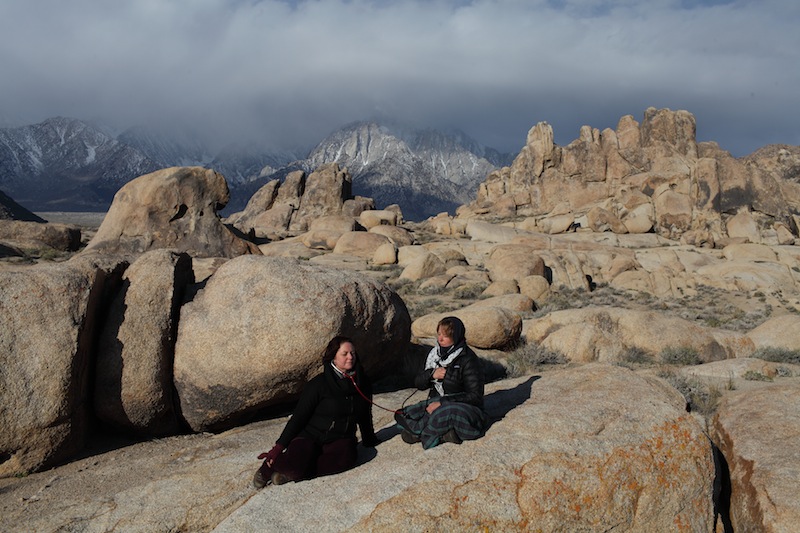 Utopian Tomorrow is an exhibition that moves from the experience and wealth of knowledge created and developed by Transart Institute, a utopian and nomadic project based on creative, interdisciplinary and independent education.

Though Transart is "nowhere" (outopia), it exists in the new space that is "everywhere" (the Web), promoting meetings and encounters between New York and Berlin.

The concept of Utopia as a good place (eutopia), a space for artistic and cultural harmony, a stimulus for exploration and projection, is necessary for re-thinking the ways of constructing current and future realities.

The world of artistic practices and education carries within its very ontology, at the centre of its constituent form, a utopian perspective. Questioning what is possible, flights of imagination, openness to the unknown, searching for an alternative, exploring different forms of knowledge and vision, are some of the actions and ideas that characterize the journey to supposed "new worlds ".

In the first book of Utopia Thomas More famously wrote:

“if you had been in Utopia with me, and had seen their laws and rules, as I did, for the space of five years, in which I lived among them, and during which time I was so delighted with them that indeed I should never have left them if it had not been to make the discovery of that new world to the  Europeans, you would then confess that you had never seen a people so well constituted as they."

Beginning with the example of Transart, and its strong ties to the city of Berlin – project headquarters where international artists meet during the summer residency –, the exhibition looks forward and thinks about the meaning of utopia, imagining new cross-connections, forms and methods between art and education.

The Transart community brings together artists, academics, curators and theorists in a unicum of artistic vocation and research, allowing them to influence each other and form a creative network where disciplines, cultures and generations intersect.

The selected works speak of – and from – different constellations and contemplations of knowledge, pushing us to imagine and perceive that other utopian space.

Jean-Marie Casbarian immerses us in a utopian landscape par excellence: the unreachable horizon of nature. In Overcast Blue (365 Skies over Chicago), the artist depicts – through Polaroid photographs - the sky above Chicago. Day after day over the course of a year, the work develops until it forms a mosaic of blues, clouds, lights and rays.

The video projection One Step Above the Grand Mesa presents a horizontal layering of the warm and cool colours of clouds and sunsets, of light and twilight tonalities, give way to contemplative landscapes, enveloped in a total silence that stimulates the imagination.

Through actions and installations, Honi Ryan investigates human communicative and relational potential beyond basic verbal tools. The exploration of alternative forms of interaction among people and the search for a space where art and life intersect, are integral elements of her work. mindful encounters finds the artist joining with others to create – through a process of time exchange and through a series of performances – a relational experience that is conscious and reflective. Listening to heartbeats through a stethoscope, sharing a meal in silence or strolling aimlessly through a quiet and peaceful place, are some of the actions the artist performed together with those selected for her mindful encounters.

The Silent Dinner Party – one of the Australian artist's most famous performances – is a dinner where the public/guests are deprived of their words and voices, nor can they read or write or interact with technology. Those attending the dinner are invited to use other forms of communication and relating; the verbal act suspended, the imagination is soars.

Notes on not-knowing – a performance developed in collaboration with the artist Abi Tariq – consists of an indirect dual process of communication. Sitting one in front of the other, the two artists engaged in a telepathic transmission of ideas, taking notes of each other's thoughts.

The work About Place, by Cella and Klaus Knoll, concerns the relationship between interior and exterior space. By superimposing projected images of outdoor areas – cities and spots familiar to the artists – onto interior spaces – non-places such as restaurants or hotel rooms – the final compositions search for the (im)possible union between inside and outside, between familiar and unfamiliar, creating a landscape of disorienting reflections and shadows. The space is transformed into a huge dark room and this fusion between interior and exterior also speaks of the increasingly mobile and temporary concept of "home".

José Drummond's Love is the scariest thing of all is a video based on the artist's reflections, history and personal experience. A Portuguese based in China for over twenty years, José considers nuances of contemporary cultural identities, moving from his own experience. There is no longer the place of the “I” and that of the “other”, but rather a tertiary space where in-between identities float; places of connection, where the boundary between the known and the unknown becomes subtle. In a landscape that is both exotic and natural, Drummond sings a popular Chinese love song without any desire to represent or reproduce, but rather, immersing himself in a context familiar to him and opening himself up to other forms of knowledge.

Omar Shoukri's The Water in Ourselves is a video proposing – through an intimate story of five individuals – a collective spiritual narrative hinging on the common element of water. Five people with five different lives are united by a common desire, ambition and destiny. The diverse social and cultural superstructures, as well as the diverse urban and natural landscapes, give way to the purity of the desert and the uniformity of people already converted into a single group of equals. The search for the utopian harmony of the “good place” – be it physical, relational or spiritual – marks the end and purpose of the road. An absolute and revealing exploration that – as with the other works on show – draws a shared line constituted by multiple readings of the open concept of utopia.