Experiencing the art of Kimsooja through breathing | CHRISTINA GRAMMATIKOPOULOU 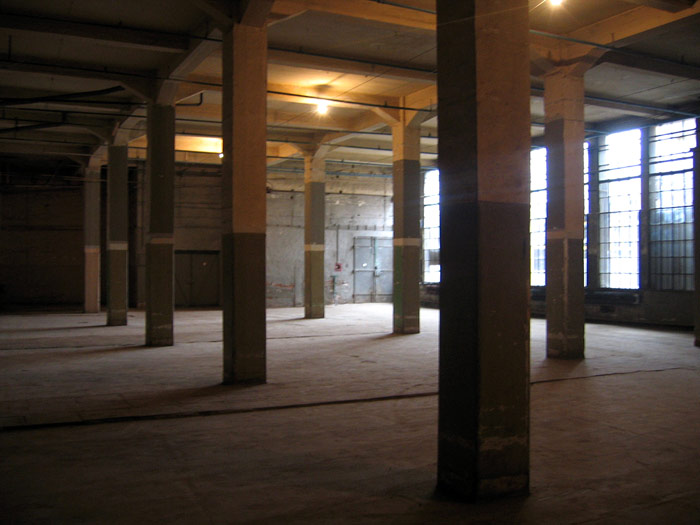 The Korean artist Kimsooja seeks to bring into focus things that usually go unperceived, “working with the ghosts of the objects, their aura, trying to turn the invisible into a shared experience”.[1] She creates lyric objects, installations and actions drawing inspiration from everyday activities, making bundles of cloths, sewing, standing within moving hordes of people or in plain solitude.

The simplicity of her visual language and her deep humanism have been described as “existential minimalism”.[2] Through a multiplicity of images and artworks Kimsooja shows her affinity for Buddhist values that view the world as a whole, her attachment to the philosophy of Zen and the concepts of Yin and Yang.[3]  Following this mindset, dualisms such as mind/matter, space/time or self/other give way to a more unifying approach.

The Weaving Factory (2004)[5] is a sound installation where the space is filled by a recording of the artist breathing at different speeds and depth and humming different notes through her nose. Kimsooja explores ways of breathing and producing noise with the air from the vocal cords: her breath alters from slow to intense, deep, before it turns into sounds of humming through the nose and opening and closing the mouth.[6]

The artist makes use of controlled breathing to awaken a different sense of the Self: “Hearing my breathing and humming within the space might cause the audience to hold its breath, and they may become conscious of their own body and breathing”.[7] Subsequently, the visitors follow her mood, from calmness to anguish and from playfulness to introspection, as they become affected by her breathing sounds.

The audio track of the Weaving Factory formed part of subsequent breath-related installations, where the visual element is just as striking as the audio part.

To Breathe / Respirare (Invisible Mirror, Invisible Needle) (2006)[8] was presented at the Fenice theatre in Venice and the Theatre du Chatelet in Paris. The breathing sounds were combined with a simultaneous projection of coloured fields on a screen onstage. Like Yves Klein's quest into the void, Kimsooja’s inquiry on the immaterial leads her into a series of monochromes. Except here those monochromes come from a projection of light, with the tonalities of colour ranging gradually as they succeed each other and diffuse into the entire space of the theatre. The artwork introduces a dialectic quality in the space of the installation: The baroque exquisiteness of the Fenice theatre is balanced by the minimalism of the monochromes, whereas the breathing and humming sounds sound like a rehearsal of the opera plays that are staged in the same theatre. The sound of breathing and the ambient created by the projection converts the architectural space of the theatre into the interior of a body. It is the body of the artist, which transmits some of its vital energy to the viewers.

The impression of a living body was dominant in the installation To Breathe – A mirror woman (2006)[9] as well. The artist reproduced the audio projection of The Weaving Factory in the Palacio de Cristal, a glass pavilion in the heart of the park Buen Retiro in Madrid.[10] The windows were all covered with diffraction grid film, which created a rainbow effect on the windows and in the interior of the pavilion. In addition, the floor was covered with a mirror surface, which multiplied the effect of the diffraction of light.

Through the glass structure and the mirror floor the architectural structure opens up to the exterior of the pavilion, incorporating natural elements –such as light, trees, changing skies- within the artwork. It is a work constructed out of light, colour, breathing –like the projection in the Fenice theatre. However, this time the artist has rendered control of the colour and light effects onto nature; the rainbow effects change according to the light on the exterior.

The mirror on the floor alters the interior completely: the doubling of the light structure of the pavilion and the vaults creates an interior of irregular shape –just like the interior of a body- where there is no floor, and the visitors are left to be hovering in a fluid space, constructed out of light and breathing. Resonating Greek and Indian philosophy, breath becomes the element that unites the body of the artist with the others –the visitors of the installation, in this case- and the environment; it becomes the element that unites the body with the mind.

As the artist reveals,

From this project, I discovered 'Breathing', not only as a means of 'sewing' the moment of 'Life' and 'Death', but 'Mirroring' as a 'Breathing self' that bounces and questions in and out of our reality. Evolving the concept from my earlier 'sewing practice' into another perspective, 'Breathing' and 'Mirroring' as a continuous dialogue to my work was the most interesting achievement of a new possibility in experimenting with waves of light, sound, and mirror as a result of the space of emptiness.[11]

So, the idea of breathing is related to her earlier practices of sewing and wrapping and her research on the ideas of surface and reflection, with the mirror “uniting the self with the other self”,[12] the same way that a needle brings two fabrics together, bringing a unity of separate parts; past and present, mind and body, the self and the others.

The discourses generated by these artworks –To breathe and The weaving factory- come together in her installation for the 2013 Venice Biennale To breathe: Bottari, where she views the exhibition space as a bundle of cloth. Wrapping the space with transluscent film, she manipulates the light diffracted into the exhibition space, adding the sounds of amplified breathing. As a counterpoint to this abundance of colour, light and sound, she created To Breathe: Blackout, a space conceived as a soundless dark void that absorbs all audio waves. Entering this anechoic dark chamber, the visitors has no other auditory stimulations but the sound of their pulse and their breath. Therefore, both spaces, even though diametrically different, complement each other like Yin and Yang in the process of understanding of corporeal existence.

Kimsooja develops her own theory of the relation of the human being with the world, of the mind and the body. Her viewpoint contains fragments of Eastern and Western thought, brought together under the prism of her visual creations; fluid environments, where immaterial elements, such as natural light and breathing, create an almost tangible world.

[5] The work was presented in the International Artists Museum, Lodz Biennale, Polonia, 2004.