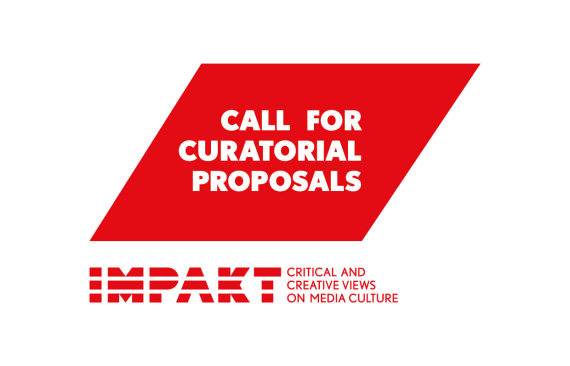 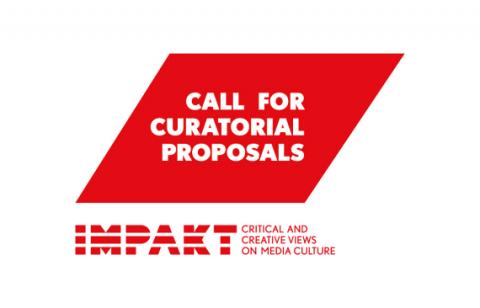 CALL FOR CURATORIAL PROPOSALS: THE 2016 AND 2017 IMPAKT FESTIVALS

Impakt is calling for curatorial proposals for the 2016 and 2017 Impakt Festivals in 2016 and 2017.
The Impakt Festival is the annual culmination of Impakt’s activities as an organisation that focuses on critical media culture: a five-day, multi-media festival with conferences, talks, performances, screenings, exhibitions and presentations. Founded in 1988, the Impakt Festival takes place every autumn in the city of Utrecht (NL).

Curatorial proposals can be submitted by curators individually or collectively and should revolve around a single, main theme. There are two options for this call. One: curators may propose a programme revolving around the theme The Democratic Dilemma, as outlined below.

Or, two: curators may propose a new theme that deals with urgent questions and shifting paradigms in transglobal society, technology and the visual arts seen through media culture’s lens.

Outline of the suggested theme The Democratic Dilemma:
What exactly is democracy nowadays? In our times of global political turmoil, traditional politics are increasingly critiqued while digital technologies offer new tools of expression and organisation. The Impakt Festival will function as a platform to explore and discuss democracy’s current and near-future issues.

Is democracy the best possible political system? How can new technologies make democracy more transparent and improve the involvement and representation of citizens? Is a more direct democracy a better democracy, and can it be applied on a large scale? How about the risks of populism and the simplification of complex issues? How should a democracy deal with the rights of minorities and those who oppose democracy?

Given the ever-growing influence of the media, the question of who owns and controls the media is paramount to the quality of a democratic system. Social media, digital technologies and Internet culture offer new platforms, alongside the traditional mass media and they have given a voice and the tools to more interest groups and individuals than ever. Developments in technology, mass media and social media require scrutiny as they offer both threats and opportunities. How will these tools develop and how can they be used to improve democracy?

How can we include knowledge in democratic decision-making processes and structure society in a way that knowledge is available to all and isn’t just for the elite? Active, involved citizens who have access to a wide range of information and the tools to critically engage in public debate are essential to democracy.

In recent years, traditional political systems all over the world have been challenged by civilian action movements, mass protests and the intelligent use of social media and digital technologies. What effect did these movements have and how can we maintain this momentum?
Is democracy an absolute concept or should we accept a variety of democracies based on social, cultural, religious and historical factors? What are the motivations behind the efforts to democratise a country? To what extent are hidden agendas or double standards at play?

Perhaps, the Democratic Dilemma is less signified by democracy’s visible architecture, but more by its illicit counterpart: invisible power structures that influence the decisions made at the highest levels. When politicians and journalists become mutually dependent, when governments make sure that the mainstream media are used to divert rather than to inform and when lobbyists and secret societies get the upper hand, democracy erodes.
With autocratic leaders, global economic interests and independent media under pressure, it’s hard to tell who’s pulling the strings.

How to apply?
If you would like to apply with a proposal revolving around the theme The Democratic Dilemma, your proposal should expand on the general approach to the topic, on the various subthemes and the questions you suggest should be addressed. The proposal should express why your programme is exceptional and how it may contribute to the discourse in the media, academia and the arts.
If you apply with a proposal for a new theme, your application should expand on the topic and its urgency, your general approach to it and suggestions as to how it can be addressed at a festival for media, arts and technology.

A Festival Programme Proposal should contain suggestions for screenings, presentations, a conference or talks and an exhibition, including preliminary listings of artists, speakers, etc. you would like to include. You are also allowed to make proposals for individual programme elements. However, if you propose a new theme, this should contain several programme elements and disciplines so as to emphasise its relevance and range.

Impakt strongly calls for proposals that display an affinity with media culture, an interdisciplinary approach and a wide spectrum of views – avoiding an all-too-singular stance on the politics of the issues raised. The nature of proposed programmes and subjects can range from cultural archives, speculative futurist ideas, popular culture, new ideas about our digital landscape, to the Internet, off stream culture in visual arts, technology and thought-provoking academics.

Proposals can be sent as documents or PDFs containing images and links, to curatorial@impakt.nl

The 2015 Impakt Festival will take place from 28 October – 1 November 2015 and will be called A World Well Documented – The Future of History. The festival will explore concepts of memory, the sense of presence and history. How will our perception of the past change now that digital technologies allow us to keep perfect accounts of it? Read more here.