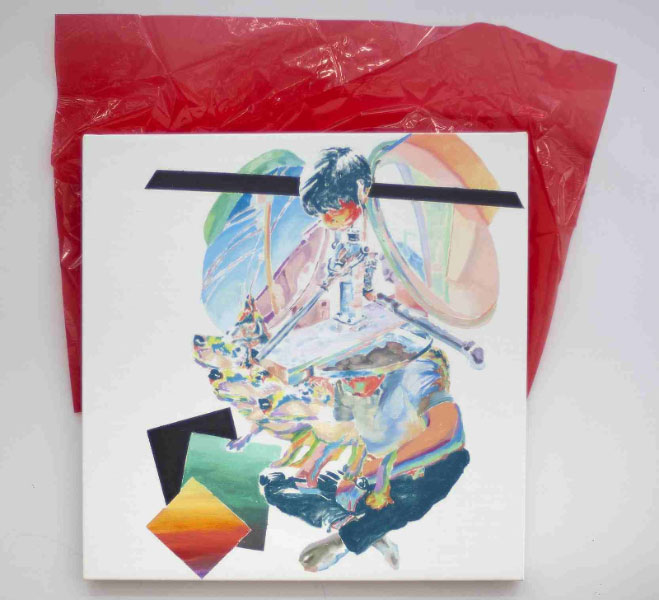 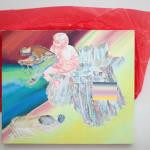 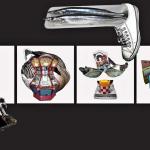 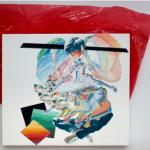 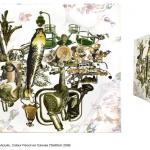 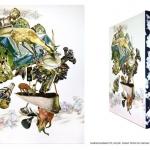 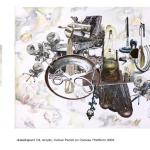 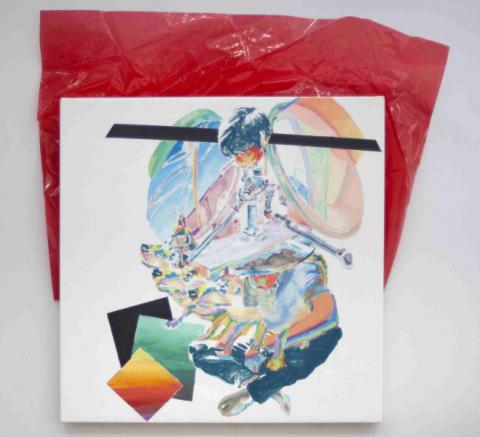 Yutaka’s diverse body of work stems from his fascination with the notion of deceptiveness and integrity in digital photo manipulation and painting. He begins with a series of meticulous digital cut-outs which get transformed into far-fetched montages, creating a dynamic wall-based installation extended over the grounds of the gallery where he blends a diversity of materials processes: screen-print, felt, lambda prints, fabrics, various objects. A record of people, snapshots of friends, scenes and events from his private life and a diversity of everyday objects incrementally build up a highly personal archive. Snapshots are used to epitomize the real, photo manipulation becoming the embodiment of forgery, whilst his paintings function as credible fiction. The so-called real world gains deceptiveness as a fake, the end product a unique paradoxical juxtaposition.

This gradual shift in reality and perception manifest itself as a form of enigmatic complexity in the artist’s detailed oil paintings displayed on the top floor of Unit 24. A twisted fusion of the West and Japan blurs the seriousness of identity and race. Yutaka critiques contemporary Japan as a mutated and uncontrollable montage of diverse culture. He attempts to render and parody these mutations of by applying a particular methodology, which he calls “Pseudo-code making” involving the combination of three media: snapshots, photomontage and painting. This term amplifies and underscores a bizarre and unorthodox way of “being” in Japanese culture.  Recreating the photomontage material as oil paintings is the key to understand this conceptual rendering and to spot distinguishable traits in Yutaka’s notion of the real.

In his series of Lambda prints an aspect of mutable Japanese tradition is highlighted and extracted from what is generally seen as the archetype of an imported art form with western origins, loaded and tangled with western art history. It symbolizes a “fantasy-like” adoration of hyped western culture and its perceived beauty in Japan. In this process he attempts to tangle the pedigree of images, giving them a new lineage to reflect this puzzling state. Digital pictures appear on a computer screen as a kind of Phantom-like entity or “a mirage of a ghost” as Inagawa calls it, encoded within the material.