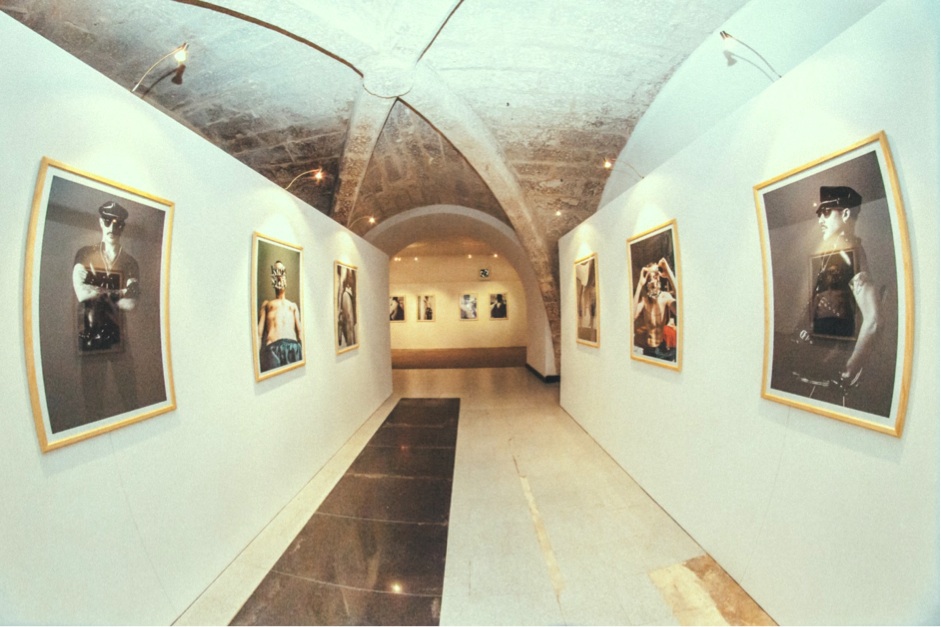 In September 2014 the Valletta International Visual Arts Festival, VIVA, was held in Malta for the first time. This festival is the first of its sort in the archipelago. Contemporary Visual Art is seen by the majority of people living in big cities as a daily life factor, since this is made available via architecture, public sculptures and media in general. This feeling is not encompassed by everyone, especially by communities that live in countries that are considered as peripheral or regional, such as Malta. Moreover the Island of Malta can also be described as insular since it is an archipelago in the middle of the Mediterranean with very strong customs that were inherited from former rulers.

Throughout the centuries the islands were influenced by various aesthetic dimensions that were imported by influential powers that ruled the Mediterranean, the most prominent being Baroque which is still nourished today by many, including Maltese visual artists. For centuries this was the main style encouraged for public, private and ecclesiastical commissions; with the result that local audiences recognise it as an imperative part of their cultural identity. It is interesting to point out that the style is not only available in Roman Catholic Churches and the numerous palaces around the Islands; but also in village customs including the local feasts. This strong component of local culture is considered by many, following contemporary practice as, a dichotomy that separates us from the international fora of Contemporary Visual Arts.

In this scenario the main purpose of VIVA was to create a platform for Contemporary Art in Malta. The festival was seen as a process of change of mentality in the local cultural scene since it is very common among local artists to pursue ecclesiastical commissions or more traditional subjects in order to remain popular. The organisers, due to this context, envisaged a programme of events which could also be embraced by everyone, both Maltese and foreigners. The duration of this festival was from the 1st until the 7th of September; even though the exhibitions and the public art works were kept available for the public for over a month. This programme of events comprised public art works, exhibitions, talks and screening of art films that were free of charge. It also included a Curatorial School where key speakers were invited to deliver lectures around the theme of Curating: Politics, Publics, Pedagogies.

All the exhibitions by international and Maltese artists were set inside grand buildings found all around Valletta. Young Maltese artists were given the opportunity to exhibit in this festival at Blitz Gallery, a beautiful old house in the heart of Valletta that was recently converted into a splendid space for the arts, under the title Divergent Thinkers. This was the third year that this collective exhibition by young artists was organised and curated by Raphael Vella, who was also the Art Director of VIVA. Another collective exhibition was held in a very small government-owned gallery that forms part of Auberge D’Italie. Here young Maltese and foreign photographers collectively presented under the theme ‘Alpha’; curated by Fabrizio Mifsud Soler. The aim of this exhibition was to bring along a dialogue related to homoerotic content and male power structures.

Two videos were screened at Pjazza Teatru Rjal, an open roof theatre that forms part of the Renzo Piano Valetta City Gate Project. The first video was ‘State of Suspension’ (2008) directed by Mieke Bal and Benny Bunner; accompanying this overwhelming film, an interview by Nicola Trezzi to Mieke Bal was held on the same premises. The second screening was ‘Madame B’ (2013) a project directed once again by Mieke Bal this time in collaboration with Michelle Williams Gamake. It was exciting to learn that exactly a week after this screening in Malta the World Première of ‘Madame B’ was held at the Stedelijk Museum in Amsterdam.

As part of the VIVA festival the audience could further experience this project in particular since this was exhibited as an installation with parts of the film as the main exhibits at St James Cavalier Centre for Creativity under the title of ‘Cause and Effect’. The space housed this brilliant exhibition very skilfully, under the curatorial direction of Raphael Vella. Two other exhibitions: ‘Ser Y Durar’ by Democracia being a work inspired by a parkour session that took place in the Madrid Civil Cemetery and the other ‘Zoographics’ by Katharina Swoboda, that focuses on the relationship between architecture, animals and spectators in different zoological gardens, were also housed in the Centre for Creativity.

Three public artworks by Maltese artists were placed in key spots of the capital city. ‘Genesis’ by Victor Agius is an interpretation inspired from the prehistoric temples found in Gozo. This huge fragile sphere made out of unfired clays was placed in the courtyard of the National Museum of Fine Arts which museum is currently undergoing important developments that will lead to the new art museum, MUŻA. ‘Power Exchange’, a collaboration between John Paul Azzopardi and Michael Camilleri, representing a modern torture chair was more difficult to be understood by the public due to its philosophical and political interpretation. This was placed in the De Valette Square where two Baroque Churces are located and which faces the back of the new Parliament by Renzo Piano.

The third and last public artwork was ‘Żieme’, a three-legged bronze horse by Austin Camilleri. This particular work attracted much media attention and general public debate. The amputated leg of this stately animal poses questions related to power and politics, truth and subversion that lead to controversies, especially when considering the place where this was exhibited. ‘Żieme’, which is derived from the Maltese word, Żiemel (Horse) with the last consonant ‘l’ missing, is a full-size representative horse with three legs placed on a stone plinth at the entrance of the new City Gate of Valletta and opposite the new Parliament, both structures designed by Renzo Piano. The general public voiced their opinion on local media and the work per se was the subject of conversations for many. Usually the general public is not interested in contemporary visual art but this work managed to capture everyone’s attention.

Apart from all this, a Curatorial Summer School was very well organised over five full days of activities. Key international speakers included Maria Lind, Pam Meecham, Kit Hammonds, Marina Wallace, Ine Gevers, Rosie Cooper, Michelle Williams Gamaker and Mieke Bal. They were invited to contribute with all their varied experiences. For this first edition the theme was Curating: Politics, Publics, Pedagogies. The sessions mainly focused on social practices when curating contemporary art that involves the audiences, methods of mediation in museums and pedagogical models that lead to the relation between the work displayed and the people.

The forty-five-minute lectures were all followed by a few minutes of questions and answers. This was a great opportunity for everyone especially for the over 80 students that registered for the course. The students were a mix of foreigners and young Maltese people, educators from public and private institutions, curators and cultural managers from public entities and a number of freelance curators, researchers and gallery owners. This might be considered a first for Malta where such a large group of people attended consecutive events related to contemporary visual arts.

The festival was attended by all those who follow contemporary art in Malta as an opportunity to view new work by Maltese artists and experience the international contemporary art scene for a few days. It should be pointed out that in the last thirty years there was a number of exhibitions headed by Maltese individuals and organisers who worked very hard to reach high standards in Contemporary Art Practice both from the Maltese and the international view point. In fact the works exhibited by Maltese artists throughout the festival is a continuation of this. Still this festival has to be regarded as a milestone in Malta’s art history for a number of reasons mainly because for the first time Contemporary Art was featured prominently on the Island of Malta.

Experiencing all these activities in Malta, a country that is typically presented as a summer touristic destination that embraces Roman Catholic customs adorned with Baroque art and architecture, one can definitely congratulate VIVA for reaching its purpose to create a platform for Contemporary Art. It should be mentioned that the process to change the mentality had started before this festival, since one of its main organisers V18 Foundation and artistic director Raphael Vella was given the credit to actually do it. Now it is up to all those that were involved to embark on a journey to enforce all the energies accumulated throughout the festival and continue to create a healthy environment where the general public can appreciate contemporary art.

VIVA was organised by St James Cavalier Centre for Creativity, Valletta 2018 Foundation and Agenzija Żgħażagħ, with the support of the Arts Council Malta.