Call for Papers | POLITICS, STATE POWER AND THE MAKING OF ART HISTORY IN EUROPE AFTER 1945 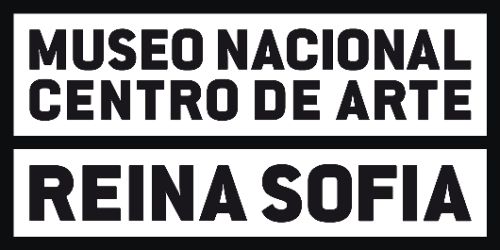 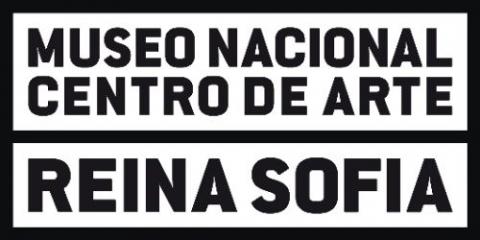 POLITICS, STATE POWER AND THE MAKING OF ART HISTORY IN EUROPE AFTER 1945

The international conference Politics, State Power and the Making of Art History in Europe after 1945 looks into the ways political power seeks to shape and influence the activities of art historians, art critics and museum professionals in order to control the understanding of art and artistic heritage. While this has often been associated with authoritarian and totalitarian rule, efforts to influence art history have not been limited to such regimes; direct and indirect political interference has shaped the field of art history from its early moments until the present day.

The study of the emergence and development of art history as a scholarly discourse is nowadays a significant field of research. The analysis of the social and political dimensions of the practices of art historians, art critics and curators has become a particular matter of interest. It is now urgent to think again about the agents, processes and discourses that shape (but also subvert and resist) a, mainly economy-driven, European Union to understand the past and the present. Such a reflection is crucial in order to suggest alternatives of a social, constructive and trans-national dialogue for the future.

This international conference will examine the intermeshing of state power and art history in European countries from 1945 up to the present. Those years have been marked by relevant events such as the end of the Second World War, the Cold War, the Soviet invasion of Hungary, decolonization processes involving countries like France, Belgium, the Netherlands, Portugal or Spain, 1968-events (from Paris May’68 to Prague Spring), the end of the dictatorial regimes (with subsequent “transitions”) such as those in Italy, Germany, Greece, Portugal, Spain or Romania, the fall of the Berlin wall, the dissolution of the Soviet Union, the creation of the European Union with the Maastricht Treaty, the Yugoslav wars, economic crisis since 2008 and anti-austerity protests and movements such as 15-M in Spain or the Greek aganaktismenoi (outraged).

With a special focus on European countries, this international conference will take into account the relationship between art history and politics in well known cases, such as Nazi Germany and Communist Europe after 1945, as well as in less documented regions in Southern, Northern and

Eastern Europe. It will provide a forum where, for the first time, international specialists in the development of art history in Europe will be able to discuss and compare the impact of politics on art history, art criticism and museums from 1945 up to the present. It will consider the influence of state power on art history in a variety of kinds of government, from dictatorship to liberal democracy.

Going beyond positivistic accounts of the history of art history, this conference aims at facilitating critical approaches and transnational comparisons in order to identify differences and parallelisms in the way politics affect and control the making of art history. It will also take into account its relationship with the emergence of counter-hegemonic networks, narratives and practices.

The following lines of research underlie all sessions:

-The strategies of professionals in art history, art criticism and museums to shape, take advantage of, comply with or resist state policies.

-The differences and similarities in the way art history is written and exhibited, and in the dynamics of the field of art history under dictatorships, authoritarian regimes, democratic regimes or transitional governments.

-The way processes such as transformation and change are presented and staged in art history. For example, in which way a “democratic art history” or an “art history in democracy” is constructed and what role the idea of “transition” plays in it.

-The role played by art history, museums and art criticism, in the construction of collective identities. For example, in what way they contribute to the definition of local, national and trans- national identities; in which way art-historical discourses participate in decolonization, colonization or auto-colonization processes, or in which way the tensions between competing identities shape art historical accounts.

-The ways in which the politics of art historical discourse are conveyed to society by education and research policies, publications aimed at a broad audience, museum displays, mass media, etc.

The papers will be divided up among the following sessions:

This session explores the trajectory of relevant institutions (such as museums, research centres, universities, journals, publishers, etc.) and professionals (individuals but also groups and networks) paying attention to their relationship with state power and policies. In what ways and by which means does state attitude towards the arts shape academic research, exhibitions and art criticism? For example, what agents develop which kind of strategies in order to influence and orient professionals’ activities (fellowships abroad, academic meetings organisation, research funding, etc)? To what extent and how do professionals comply or resist official dictates? What role do women play in the field and why? In what ways do political changes affect the situation and position of art historians, art critics and museum professionals, the institutions they work in or the networks they are part of?

This session addresses the way art historical accounts are presented in academic art history texts, exhibitions and art criticism. What elements are present in dominant narratives and which ones are not? For example, in what way are women artists or critical art presented? Where alternative narratives are to be found? How art history narrates its political position, history and development under authoritarian regimes, transitional periods or democratic ones? In what ways do narratives change through time and/or in relation with changes in political power? In what sense do these changes affect the presence (or absence) of artworks, artists, movements, etc. in historical accounts or museums? In what way a specific object has been politically transformed depending on the way it has been studied and/or displayed and in what sens is that related to politics? In which way does each narrative position itself in relation to mainstream models (whether they are Western models, Soviet models, or others)? What is the relationship between the dissident, anti-hegemonic models and the mainstream, dominant ones?

• Papers will be accepted in Spanish and English.

• Speakers will have 20 minutes to deliver their papers.

• Proposals for panels (consisting of 4 papers) are welcome.

• Contact details (addess, e-mail, and telephone) and academic affiliation should be provided.

• The selection of papers will be communicated by March the 1st.

• A book will be published containing a selection of the papers. Editorial guidelines and deadlines will be provided in due time.