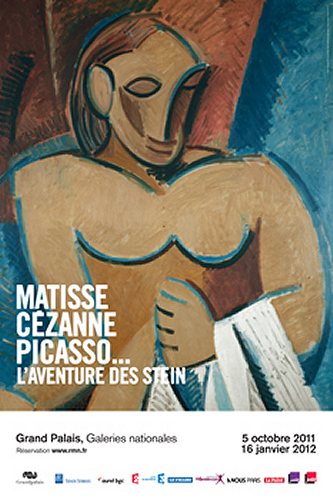 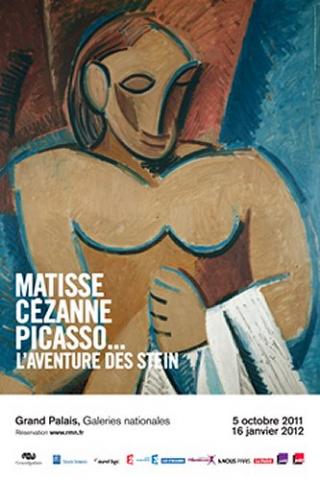 When the ICOM – international council of museum – launched its call in April 2013 on “The Lisbon Declaration to Support Culture and Museums to Face the Global Crisis and Build the Future”, they asked to public authorities to at least maintain their subsidies to museums. They claimed that these subsidies are essential considering the numerous externalities museums provide for society and especially in the economic and social domains. But we do have to be realistic and foresee an innovative business model that will make museums less dependable on the subsidies. This presentation will tackle three main questions: Why a new business model is needed? How is it possible to draw a profitable business model for museums? What about international touring exhibitions?

The main resources of a museum are public subsidies, private donations and their own resources: ticketing, loans, marketing... Across Europe and around the globe, public subsidies for museums have dropped drastically. Spain has cited a 35% decrease over the past two years according to Jesus Prieto, director of museums and libraries at the state department for culture[1], while the United States has reported a drastic drop in state funding for 47% of its museums last year[2]. Anne-Imelda Radice, managing director of the American Folk Art Museum, does not even include public funding in her budgets. If she receives such funding, she considers it a “nice surprise”[3]. Moreover, there is an uncertainty among professionals on the evolution of public fundings. With this dramatic decrease in public resources, many museums are soliciting private donations, but understandably these too have been impacted by the economic crisis. Private funding is not only unable to make up for the loss in public subsidies, but is in fact decreasing as well. For instance, according to American Association of Museums private resources dropped for 40% of museums last year.

The idea is to foresee an innovative business model without these subsidies with the internationalization strategy. Obviously internationalism cannot be restricted to economics. The widespread of culture and commercial relations and soft power are sufficient reasons. As a matter of fact, the first international touring exhibition appeared in the 1930s when colonial ambitions led Salazar and Mussolini to participate in international art exhibitions and organize touring exhibitions to highlight the national masterpieces of Portugal and Italy.

Can a profitable model be drawn? How do you increase profit when assets that cannot be sold?

A museum is a non-profit driven organization and its main goals are to create, enrich, preserve, and pass on a collection based on scientific and cultural research. These functions are immensely costly. Museums are in a unique position in that they possess some of the world’s greatest treasures, but are struggling for creating these non-sellable assets into profitable goods and services. And international mobility may be the solution. In a recently published article[4], I applied this strategy to international touring exhibitions.

I challenge the common idea that museums cannot be considered as a rational decision-making utilitarian – that is to say an economic agent being able to maximize efficiency – and will always rely on public subsidies and private donations.

Practitioners have been producing touring exhibitions for a long time. Indeed, “exhibitions are more and more expensive. Costs related to artworks transport have drastically increased. So it was natural to produce exhibitions in other museums to share production costs,” as Laurence Petit, Deputy Head of Exhibits Department, Cultural Production Division, Louvre Museum[5]. I am to present three models of international mobility strategies and the distortion on their cost model: coproduction, co-organization, and export with different business models. There is an increase of revenues due to the reducing of costs production and the increase, in some case, of resources.

The first international touring model is the co-produced exhibition. These exhibitions are increasingly common. They are a formal agreement between two or more museums to work together toward a common goal, namely, the realization of an exhibition. We observe a maximum of three institutions due to the non-extension of the length of loans. This model offers a diverse catalogue, engenders intellectual resources by bringing together scientists and historians, and finally pools costs and creates economies of scale. A recent example of a co-produced exhibition is the 2012 "Matisse, Cézanne, Picasso… L'aventure des Stein" - presented in the Grand Palais in Paris, the Metropolitan Museum in New York and the Museum of Modern Art in San Francisco - that combined many resources, such as transportation items. The co-production allowed them to save 65% of this item initial budget.

Exhibition poster of the Stein exhibition stop in the Grand Palais, Paris.

Another successful model is the co-organized exhibition that is a collaboration between several museums but unlike coproduction there is an identified technical producer and only one museum is financially responsible. This model is also economically advantageous because it pools costs and allows the technical producer to sell the scientific creation. The Victoria and Albert Museum of art and design has been a pioneer of this model. This museum has a range of exhibitions available for hire that have successfully travelled across Europe and all over the world to North America, the Middle East, Asia and Oceania.

Touring exhibitions of the V&A webpage

The Export of an Exhibition by a Heritage Institution

The last of the international touring models is the export exhibition. An exhibition is produced by an institution and is subsequently sold or sent to other institutions. These exhibitions are often called “pocket filling” exhibitions by professionals, as there are little or no production costs, only revenues. Some of these turnkey sales now generate revenues of several million euros. This kind of exhibition allows internalizing the maximum of items – curator, transport, conservation, scenography, and derivative products – ensuring a maximum of economies of scale. The Musée National Picasso, Paris was very successful with the touring exhibition of Picasso masterpieces that had renowned international success. The museum had to provide for 65% of the costs of renovation (€34M out of €54). Therefor Anne Baldassari the President created two exhibitions. The first one on masterpieces of the museum and the second created with photos, videos for an Asian audience. She managed to provide for the needed budget, selling these exhibitions throughout the world.

Inauguration of  "Masterpieces from the Musée National Picasso - Paris" in Taiwan

Hence internationalization strategies engender economies of scale thanks to the pooling of costs for the producing organizations and less costly exhibitions for the receiving organizations. By combining financial and intellectual resources museums do not need to face the crisis alone. In overall internationalization strategies have a positive influence of museum’s business models as it increases their own resources and make their more financially sustainable. The goal is not to make apology of public cuts in culture but to have a long-term perspective. Public authorities can help museums to be less dependable on public and private subsidies and accompany them. We should start thinking about these business models and spread it among cultural organizations in general.

This article is based on a speech given at the European Culture Forum (November 2013) and two articles  "International Touring Exhibitions: Toward a Profitable Business Model for Exhibitions?." published in The Journal of Arts Management, Law, and Society in 2013 and "ANALYSIS OF THE ARTISTIC PRODUCTION IN THE EUROPEAN CULTURAL POLICIES - FOCUS ON THE INTERNATIONALIZATION STRATEGIES OF MUSEUMS", CREART, September 2013.

Rebecca Amsellem’s fields of expertise include international economics, economic impact of culture, cultural indicators and economics of museums. Presently she is a PhD cultural economics student at Sorbonne University and is developing a PhD thesis about the internationalization of museums and its impact on their economic models. She holds a Specialised Master’s Degree from Sciences Po Toulouse in “International Affairs and Firms Strategies,” as well as a Master’s Degree from La Sorbonne in “Economics and Management of Cultural Products” (2012). From 2010 to 2013 Rebecca has been a project manager of the Forum d’Avignon, a think tank dedicated to culture and economics, where she was responsible for managing the budget section, working groups and studies, communication and the annual event department. In 2013 she founded a consulting firm which deals with internationalization strategies of cultural projects.

[4] Rebecca Amsellem (2013): International Touring Exhibitions: Toward a Profitable Business Model for Exhibitions?, The Journal of Arts Management, Law, and Society, 43:1, 36-5