Instances of the transparent | LIA YOKA 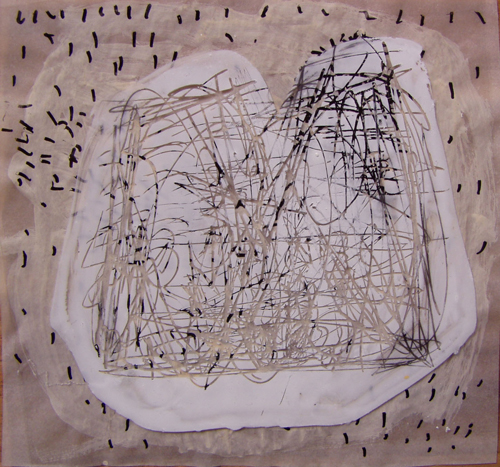 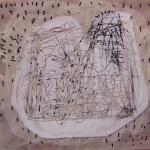 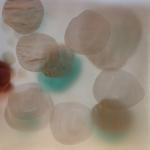 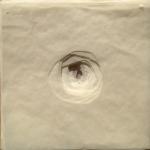 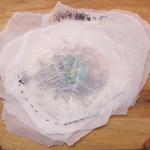 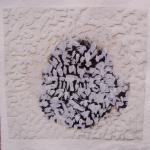 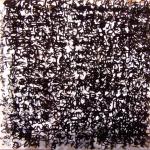 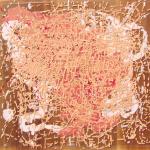 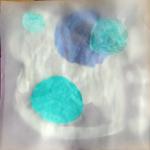 Mini chronicle of an artistic term

Two dominant uses of the term “transparency” exemplify the wealth and arbitrariness of descriptive language in pictorial art: The first use conceptualizes the labor process of the maker: Transparency encourages the visibility of the creative itinerary of tool and vector in the final artistic product - it is one of the heaviest statements of modern art, connecting the work to its raw material origin, its conscious perceptual intervention, and its handmade quality.

On the other hand, for academic painting, the term transparency was important for denoting exactly the opposite: It is the mark of the perfect finish of a painting. The oil on the canvas is see-through, the brushwork suppressed, the surface smoothened, and the image clings to its status in the mental realm, claiming the truth of vision rather than fiction, seeing rather than making.

There is a subcategory of modern transparency which has evolved alongside our visual perceptual and cognitive apparatus for decoding images and words. That is a transparency one first finds in the symbolists’ combination of different representational regimes in one painting, where in a perspectival composition, painted figures float as if they are cut-outs, mentally occupying their own three dimensions.

The practices of bookmaking and putting together photo-albums, as well as the emerging techniques of printing for graphic design purposes, enable the release of a multidimensional space. Flat forms pose in the deep heavens of Gustave Moreau’s Jupiter and Semele, full-bodied mannequins play against the low-definition, 2-D greens of Ferdinand Khnopff’s Memories or Lawn Tennis.

The political manipulation of visual language in mass advertising, is further developed in artistic collage, in the bricolage of objects and in cinema montage, originally with critical purpose. Images from different worlds migrate to a new foreign surface and recombine to produce perceptions that were impossible before. The sensory and the semiotic compete for coherence. In the final product, coherence should become almost opaque again. Elements of diverse origin should appear to have achieved a certain homogeneity, a new level of almost unforced semantic coexistence. But the tension should show through. Hannah Hoech’s “dada kitchen knife” did not intend to hide her seams.

The term, even when mediated by double metaphors, as in collage, still keeps its resonance as a chemical-optical phenomenon that points to the ambiguity of vision itself. György Képes’ 1944 Language of Vision is still a standard reference: “If one sees two or more figures overlapping one another, and each of them claims for itself the common overlapped part, then one is confronted with a contradiction of spatial dimensions. To resolve this contradiction one must assume the presence of a new optical quality. The figures are endowed with transparency: that is, they are able to interpenetrate without an optical destruction of each other. Transparency however implies more than an optical characteristic. It implies a broader spatial order. Transparency means a simultaneous perception of different spatial locations. Space not only recedes but also fluctuates in a continuous activity. The position of the transparent figures has equivocal meaning as one sees each figure now as the closer now as the further one.”[1]

For Clement Greenberg, transparent art was art you can only see through, an artistic medium that is not at all self-conscious – the opposite, we might say, of collage but very much in tune with academic painting or realist cinematic montage.[2]

The simple magical quality of the visual and of the cognitive, the ability to perceive of two contradictory things at once without one destroying or outdoing the other, is exploited to the point of annihilation by political rhetoric: Political transparency connotes free publicity, access to information, clarity of process, democracy of decision making…Works like Julian Oliver’s Transparency Grenade, believe in the motto of “more transparency” and point to the injustice symbolized by classified political information. The work consists of a replica Soviet F1 hand grenade, and, instead of explosives, contains a tiny ARM computer, a microphone, powerful wireless antenna, a battery, and some additional electronics. …Once 'detonated' [it] captures voice and network traffic, and using its powerful antenna, sends it to a remote server where the data is mined for useful information…Whether trusted employee, civil servant or concerned citizen, greater openness was never so close at hand”.[3]

In politics, however, the rhetoric of transparency reaches the highest order of deception. Operational opacity of a multinational does not necessarily mean public control. In a world where seeing is the first degree of owning, and actually owning property is the only definition of wealth, to have a transparent view often means merely to have an eye for smart investment, and transparent democracy “a healthy environment for business”. Transparency of decision-making can be an alibi for the worst crimes.

Artists like Julian Oliver or the Yes Men, protesting the lack of corporate and governmental transparency, point to the fact that network infrastructure is part of the politics and ethics of oppressive power. Yet is what we need just more political transparency – and what would be the broader implications of this slogan? Is the real problem “secrecy” or  “exclusion from information”? The mass media apparatus today, with a few centrally controlled and administered codes, operates on monitoring the balance between secrecy and publicity. Its taxonomic filtering decides what is official data, junk data, infotainment material, leaks or unimportant news and can actually simulate political transparency. The meaning of knowledge itself has drastically changed. In order for information to become useful and usable knowledge today, it has to be upgraded by many levels of technology and political intervention. In a world where decision-making is based either on a contract of voluntary subjection (elections and media acculturation), or coercion and outright repression, transparency can refer to the employment of the most refined techniques of brainwashing and persuasion. Indeed, as Jarod Kintz has asked in a completely different context, “what is more transparent than invisible”?

Ljilja Jaric’s drawings between 2009 and 2012[4], and Vladimir Milanovic’s prints series “Landscape as a poetic metaphor”[5] offer two completely different comments on the artistic transparent, both with a direct reference to how visual meaning is produced in relation to the medium of communication.[6]

Digital materiality raises both concepts of artistic transparency at once, both the permeability of planes of artistic significance and the accessibility of the creative process. It points to the limits of intermediality by showing there really is no translateability across media, and consequently across languages, that will not somehow submit whatever “content” to the laws of the medium.

The recent paintings of Lilja Jaric are a comment on this transformation across display formats. On the screen, we can see the layers of see-through surfaces painted with acrylic or ink. We are pleased by the effects of pixelized post-production: The smoothness is guaranteed, yet our eyes trip over bumps, edges and accidental juxtapositions that celebrate the expressionistic noise of shapes and colors.

Lilja’s other works, large and medium acrylics on paper or canvas are impermeable: Their perception relies upon the majestic dominance of dynamic brushwork forming colorful strong Gestalte. These small works, consisting of many layers of translucent and transparent surfaces (porous and absorbent paper, sheets of sheer plastic) offer a direct allusion to what screen projection does to actual paintings. We know it already: The answer lies in the contrast between holding these resistant bundles of handmade cut-and-painted booklets, and seeing them as pure light. They seem to confirm that the display on the computer, even more than the luminance, brightness and chrominance of the analog video, gives painting extra transparency-value, at the cost of its mute, site-dependent, chained to the scenery, fragile, bothering but delightful physicality.

In the collages of Vladimir Milanovic, transparency is a measure of the historicity of images: Different styles converse as emblems of different eras and cultures, different moments and attitudes, different geographies and psychologies. A baroque landscape and a post-industrial wasteland sharing the same horizon and compositional austerity: Is this manipulation of aesthetic layers of meaning simply nostalgic? Does it sublimate a forgone tragedy? Is it just cynical? Is it a romantic manifesto of the European Green Party? Or is it just another homage to punk? All of the above – and much more, I would like to think.

What do we see, what does the World Bank project manager understand looking at these landscapes? Some heavy industrial constructions, cars, nuclear plant workers, and hi-tech hardware are superimposed upon idyllic and pastoral backgrounds. At first sight, this paradoxical effect of the collage is too obvious to shock.

But what is the paradox here? What is the meaning of the ideal landscape in the early 17th century? To what extent is Poussin’s Roman Road buried in the traffic jam a historical anachronism? Isn’t Poussin’s reference to the past already a comment on civilization and its dialectics of permanent destruction and ephemeral glory? Hasn’t European natural landscape, from hellenistic mosaics of Odyssey landscapes to topographic images of the 18th century, always been a kind of counterpart to the built, ordered, industrial face of the city?

Indeed. What is shocking is not the superimposition of the new over the old, but, on the contrary, the cultural continuity implied in these images. This continuity is signified by the image-making technique, first through the format and compositional laws of the traditional landscape kept intact in the digital image, and on a second level, through the photoshoped look of the timeworn archival print.

The landscapes seem to be making a heavy statement: Today, we are not dealing with a different quality of destruction and disrespect of nature, (whatever that nature may be). We are merely operating on a larger scale, with more energy-intensive and systematic methods of intervention and destruction. And while we are rotting, we become more and more eager to be exterminated by a sudden galactic explosion, and reborn with our history record set to zero and a set of powerful, supercharged batteries with endless capacities to rediscover and remember ourselves.

“The art in photography is literary art before it is anything else: its triumphs and monuments are historical, anecdotal, reportorial, observational before they are purely pictorial. Because of the transparency of the medium, the difference between the extra-artistic, real-life meaning of things and their artistic meaning is even narrower in photography than it is in prose. And as in prose, “form” in photography is reluctant to become “content,” and works best when it just barely succeeds in converting its subject into art—that is, when it calls the least attention to itself and lets the almost “practical” meaning of the subject come through.”

[6] See also the exhibition [In]Transparencies. Variations of the Diaphanous (19-31 October 2009), presented also in this journal: