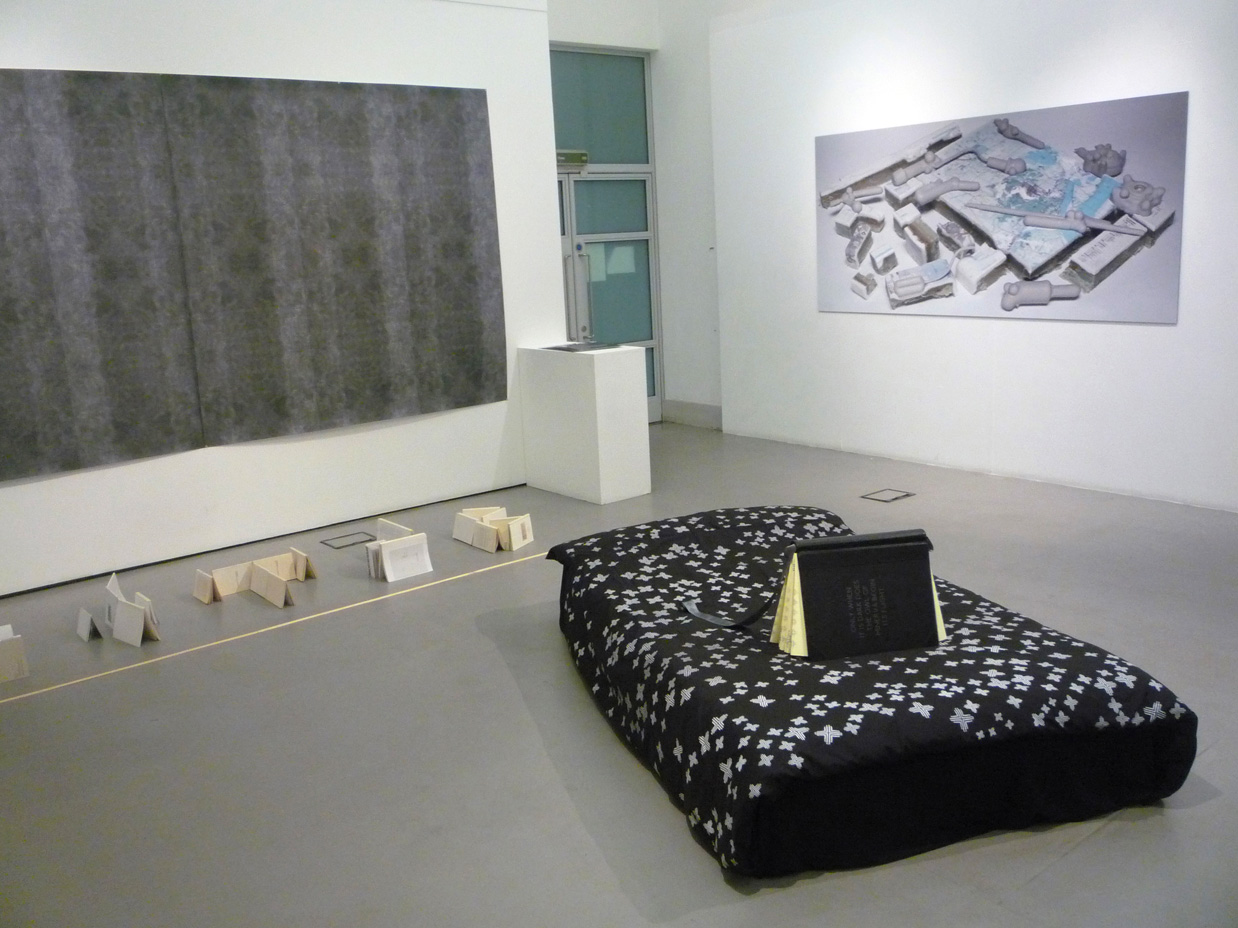 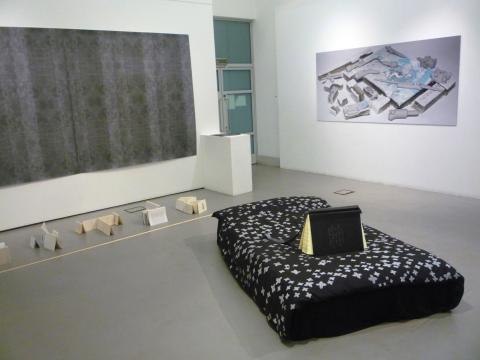 LINEAR B was initiated in 2009 by artists, curators Christina Mitrentse and Jonas Ranson when its theoretical framework was first presented publicly at the annual symposium of Stephen Lawrence gallery London in November 2009. The project is supported by KIPOS, Nikos Alexiou private foundation and by Benaki Museum Athens, and realised as the core exhibition of the Stephen Lawrence gallery programme for 2011-2012, anticipating the London Olympics. This new curatorial mode has now been the conceptual framework for a series of new exhibitions organised by and taking place at the Stephen Lawrence Gallery, and for the recent conference-'Performing the Collection, action and reaction of Taxonomic space’ held in November 2012 at The National Maritime Museum London.

Looking back retrospectively, LINEAR B successfully created a new curatorial platform to explore the dialectical relationships between artists, and between contemporary collectors and artists, alluded to the larger conversation of the artist-as-collector and artist-as-curator. The exhibition presented new works in a variety of media, including video, installation and sculptural pieces produced by seven invited contemporary London based artists, responding explicitly to a selection of international artists’ work in the idiosyncratic private collection of late Greek artist Nikos Alexiou. Purposely the exhibition featured selected international contemporary artists who have been asked to enter a process of contemplation and envision, creating new poetical communions and exchange, in an unequivocal and explicit response to the archive.

If a museum is defined as a collective narrative, a cognitive theatre that must be continually examined and confirmed through a variety of individual positions, then our platform created a new museum by playing with the fusion between the private collections and the collections in museums.  After all, the word “museum” finds its origin in the Greek “mouseion”, a temple dedicated to the muses, whose activities were akin to those of a university or philosophical academy, an institute for studies and a community of scholars and thinkers, a space for the production and exchange of ideas.

Collecting is an art form in itself, a highly sophisticated means of self-expression responding to profound inner desires and operating as all art, on a subconscious level. Our investigation begins by looking into philosophical positions by Jean Baudrillard who connects the desire for collection with the desire of death; He remarks that ‘the completion of a collection is somehow equal to death. The collection is alive only when it remains unfinished and open ended’. On the same direction Derrida claims that the 'archive fever', the obsessive act of archiving, is created by the death drive: "There would indeed be no archive desire without the radical finitude, without the possibility of a forgetfulness which does not limit itself to repression. [...] There is no archive fever without the threat of this death drive."

LINEAR B engages with the archive and uses the collection in an act of distribution and eventual basis for creative conception of new works by extending the body of the archive. It gives ‘life’, somehow negating, or at least stalling the inevitability of this dead condition. The significance of this project is that introduces a mode of curating and collecting while expands the definition of contemporary exhibition practice. ‘’What as artists (and curators) do we feel are the significant areas to be read that can then be used as a basis to make further work in an effort to extend the collection and keep it alive?’’

This new theoretical & curatorial mode introduces for the first time a new species.’Performing the collection ‘-It is part concept, part process, and part belief, being both an emotional and an intellectual procedure. Dr Thouli Misirloglou Art Historian, Exhibitions and Collections Curator MMCA, Greece in her review of the project remarks ‘According to the logic of the plot, or of theories of fibula, of structuralist genealogy, the particular combinations of beginnings, middles and endings that make up a story of collecting allow illuminating specifications of ‘collections’. In this plotted nature of collecting, the new artists-agents in Linear B recreate, reinvent, respond, and keep the dialogue open and alive. They continue to “tell” the story, regulate in their way the accessibility to some aspects of information and sustain what the art historians may miss; the depot aesthetics of the collection, a collection-archive that becomes a place of work and a method in the same time, a place and an institution. Their motivation is the new narrative aspect of collecting and its intrinsically ungraspable beginning. And this beginning is enriched by the new function the artworks have outside of being collected items, but into the psychic realm of personal reconstruction.

Based on this new framework introduced by Linear B and in honorary manner a current exhibition is organized by the Stephen Lawrence Gallery entitled ‘The Body & the Archive and looks at Martina Bergman Österberg (1849-1914) a pioneer educationalist working in the area of women's physical training and an early supporter of women's suffrage, taught at one of the founding colleges of the University of Greenwich: Dartford College of Physical Education. Altogether the archive records one hundred years of radical change for women both within and beyond the field of “PT”. In this exhibition, selected artists respond to the archive in a variety of media, including performance, painting and sound. They seek to explore not only the subject of the body as it is presented within the archive, but also the body of the researcher as it engages with it.

In addition to this exhibition and in dialogue with Linear B a recent Conference held at the National Maritime Museum on 9th November 2012, entitled “Performing the Collection: action and reaction in taxonomic space” which explored processes of being in, acting in and engaging with archival space. It hosted by the University of Greenwich, Department of Communication and Creative Arts and organised by the Stephen Lawrence Gallery. Speakers in conversation included: Dr Jerzy Kierkuc-Bielinski, Curator the John Soane Museum. Christina Mitrentse, Artist and Curator Linear B. Althea Greenan, Curator Women’s Art Library, Michael Petry, Artist and Curator and other museologists.