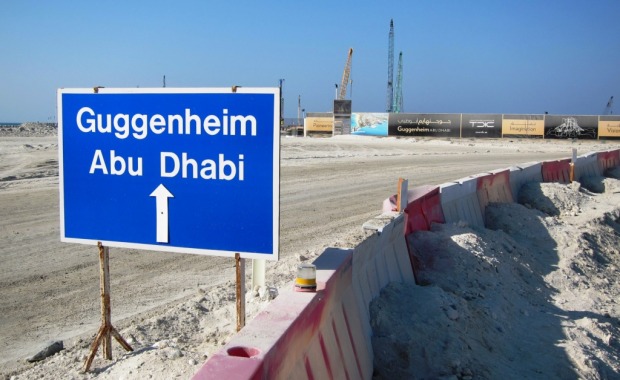 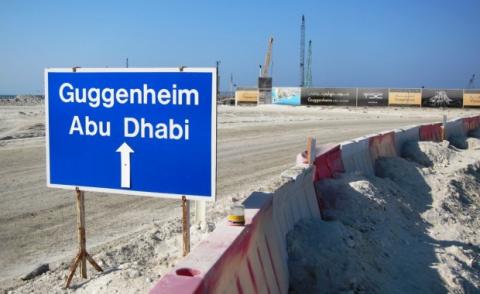 We always ask ourselves if art and creativity have some ability to change society, to influence it, if they are able to go against political powers or - even more complex and difficult – to go against the people that really pull the strings: the economical and financial powers. There is obviously no definitive answers, but one can detect in certain artistic practices and many artists an effort and a strive to contribute to some kind of change, whether it is perceptual, aesthetic, social, etc. The relationship between art and society is both intimate and tense, each influences the other; there are some transformation attempts that come to fruition and others that fail.

In this time of amplified crises - where economic crises, environmental crises, cultural crises, crises of value systems, personal crises come together with resulting difficulties to imagine the future and realize aspirations - the clash of many artists and curators with one of the giants of the “art and museums” field in a global level, the Guggenheim brand, comes about as particularly striking. Demanding a transparent and dignified system for the workers that are building what will become the next Abu Dhabi Guggenheim – in the UAE – they have submitted a petition to the director of the Guggenheim Foundation, Richard Armstrong, in which the numerous signatories warn that they don’t want to collaborate with any Guggenheim structures if they don’t respect the right of the workers to have decent working conditions. An initiative that comes from the world of art and culture – among the sectors that were mostly damaged by the current economic crisis - which shows a critical attention worth mentioning and spreading.

This collective criticism to a global system of economic exploitation - which has found its haven in the UAE, as evidenced also by the video by Christian von Borries, The Dubai in Me: Rendering the World,[1] or by Francesco Jodice, Dubai_Citytellers - can open a Pandora's box from which many other ambiguous and perverse examples emerge.

It is the responsibility of art, its visual and expressive tools, its creators, critics, curators and many agents who are not interested in economic benefit only, to face the evil mechanisms that are built around the global society.

We, the undersigned, are writing to demand that the Guggenheim Foundation obtain contractual guarantees that will protect the rights of workers employed in the construction and maintenance of its new branch museum in Abu Dhabi.

Human rights violations are currently occurring on Saadiyat Island, the location of the new museum. In two extensive reports on the UAE, Human Rights Watch has documented a cycle of abuse that leaves migrant workers deeply indebted, poorly paid, and unable to defend their rights or even quit their jobs. The UAE authorities responsible for developing the island have failed to tackle the root causes of abuse: unlawful recruiting fees, broken promises of wages, and a sponsorship system that gives employers virtually unlimited power over workers.

These violations, which threaten to sully the Guggenheim’s reputation, present a serious, moral challenge to those who may be asked to work with the museum. No one should be asked to exhibit or perform in a building that has been constructed and maintained on the backs of exploited employees.

Human Rights Watch has expressed its concerns to the Foundation on several occasions, but so far, adequate steps have not been taken to ensure that workers’ rights will be respected at the Abu Dhabi site. While the Guggenheim is franchising its name and is not a direct party to the subcontractors who employ the migrant labor, it can and should assert responsibility for the well-being of these workers.

We urge the Foundation and its partners in Abu Dhabi, TDIC (The Abu Dhabi Tourism and Development Investment Company), to conform rigorously to the various commitments made in the TDIC’s Employment Practices Policy (EPP), dated June 2010, the TDIC/Guggenheim Statement of Shared Values, published September 22, 2010, and the recent EPP update, amended March 11th, 2011. Moreover, we urge the Foundation and TDIC to address the current absence of independent monitoring of employers’ compliance with international human rights and labor laws, and the lack of an effective enforcement mechanism. A monitor must be empowered to make random visits to work sites and maintain a relationship independent of employer influence. It must also determine if its findings conform to international laws and standards, and it must issue public reports on these findings. In the absence of these conditions, violations will persist and continue to be under-reported. Similarly, without explicit mechanisms for enforcing the terms of the contract or clearly enumerated remedies in the event of breaches, all efforts to protect workers will be in vain. TDIC has announced that it will appoint a “reputable independent monitor” in May. We demand that the appointment be made as soon as possible and that the conditions outlined above be observed as part of the monitor’s mandate.

Our cooperation with the Guggenheim in Abu Dhabi (and, for many of us, at other Guggenheim locations) will not be forthcoming if the Foundation fails to take steps to safeguard the rights of the workers who will be employed in the museum’s operations on Saadiyat Island. Human Rights Watch will determine if and when adequate monitoring measures have been established and effectively implemented.