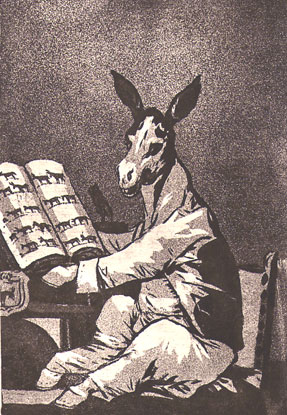 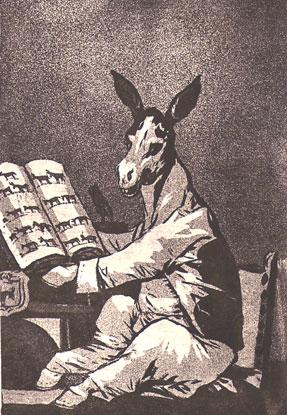 In his 1917 lecture “Art and life”, the British art critic Roger Fry discusses the difference between historic interest in ancient art, which could be caused by the “lack of aesthetic sense”, and the aesthetic delight of modern art.

Almost one hundred years later, what was then called “modern art”, the pursuit of aesthetic values for themselves and the autonomy of art, may be seen as reactions to historic contexts, or the frame of art history, in the words of Hans Belting. Works of art of the present time in turn seem to make an effort not to cause aesthetic interest in order to reflect a view of the world.

Fry enlists several turning points in history in comparison to history of art to find no coincidences except in Renaissance. However this moment is particularly meaningful. Not just because of the acknowledgement of individual rights and the discovery of objective reality, as he says, but also because that was a key moment in developing the modern concepts of art and art history.

Certainly one could consider the two paces or tempos of art and life, history and art history, not at all separated, but connected in a way that isn’t obvious. This connection should by principle be open to doubt, because it handles the big problem of art theory, the contrast of art and reality.

Painter of the Revolution

From the many examples gathered by Roger Fry I would like to pinpoint the French Revolution, which perhaps applies to the definition of “crisis”, although indeed it caused positive results.

North-American political scientist Ian Bremmer, author of J curve, asserts that there are nations “stable because they are closed”. Such nations should “survive dangerous instability” in order to be “stable because they are open”. Of course this theory deals with present conflicts, but it’s worth to take the risk of trying it in moments of history as the fall of absolute monarchy and the prevailing of ideas from the Enlightenment. So the word “crisis” may very well be used to designate such instabilities as the ones experienced during the National Convention and the Reign of Terror.

According to Fry, the French Revolution was a major advance in history, but the brilliant work of Jacques-Louis David, intimately related to the Directory, caused no significant change in art history. Furthermore, one of David’s masterpieces, The Oath of the Horatii, was comissioned by the court of King Louis XVI five years before the Estates-General of 1789. David’s role as a painter during the Revolution and Napoleon was to reaffirm the old values of the Academy, weakened by decades of frivolous paintings under the Ancient Régime.

Painter of the Court

On the other hand, let us consider the work of Francisco Goya at three critical points: under Charles IV, under the French occupation and finally under Ferdinand VII.

Despite being the “court painter”, his 1800 canvas Charles IV of Spain and his Family features wild brushstrokes and an unusual representation of royalty. His portraits are intensely psychological and realistic. The album Los Caprichos, composed after a period of severe personal crisis, dennounces corruption and superstition in Spain.

During Napoleon’s intervention, the painter of Charles IV would have worked for the French. In spite of the promise of liberation and modernization represented by the abolition of the Spanish Inquisition, for instance, this was a time of continuing disturbance. Goya was able to capture the horrors of the Peninsular War and the “guerrillas” in a new album of prints and in one of his masterpieces, The Third of May 1808.

Last but not least, never fully rehabilitated by the restored King Ferdinand VII, old aged and physically debilitated, Goya purchased the country house by the Mazanares river, the legendary Quinta del Sordo. Onto its walls he created many of the breathtaking pictures known as the Black Paintings. The strange dreamlike visions of violence and magic could be easily seen as immediate forerunners of Romanticism and Surrealism.

Goya was the “court painter”, the chronicler of the engravings and the visionary of the Black Paintings. He was conscious of his debt to Velázquez and later celebrated by Édouard Manet. In a sense he was the inventor of modern art.

Whether Goya was a better artist than David it is a matter of opinion, a very valuable debate and an everlasting one. But that the work of the Spanish was more influent and decisive in art history is rather difficult to deny.

What was the difference between the great masters at the outbreak of modern art? The first print from Los Caprichos might help to answer. A dignifying, but somewhat cynical self-portrait appears to watch the unfolding parade of madness and hypocrisy with a mixture of irony and contempt.

Goya’s strange gaze marks the spot from which the modern artist looks at his time and place. Such point of view is unprecedented in art history. Goya looks at the world from the outside, like a philosopher. He has no attachments whatsoever. No one escapes his criticism. Not even art. He knows that art is part of the world. That’s why he managed to renew the forms of art, and achieve real breakthroughs with brushstrokes, aquatint prints and even the paintings on the walls of the Quinta.

Detachment is the root of important words for both of art’s most disturbing neighbours: history and philosophy. Both “crisis” and “critique” come from the same Greek word which means “separation” and “judgment”. The word “criticism” belongs to the realm of art because such detachment is expected from the art critic.

Toward the end of the Eighteenth century, German philosopher Immanuel Kant brought back to philosophy the word “critique” with the Critique of Pure Reason. Reason itself is at stake, disorganized and full of misunderstandings among Science, Law and Religion while philosophy struggles to reinvent the legacy of Metaphysics. The crisis of reason may never have been overcome and Kant was probably right when he described the “critique” as an “everlasting task”.

In the present time, after modern art, looking back to the moments of crisis from the past, the philosopher’s lesson still counts: critique as a debt to the artist.