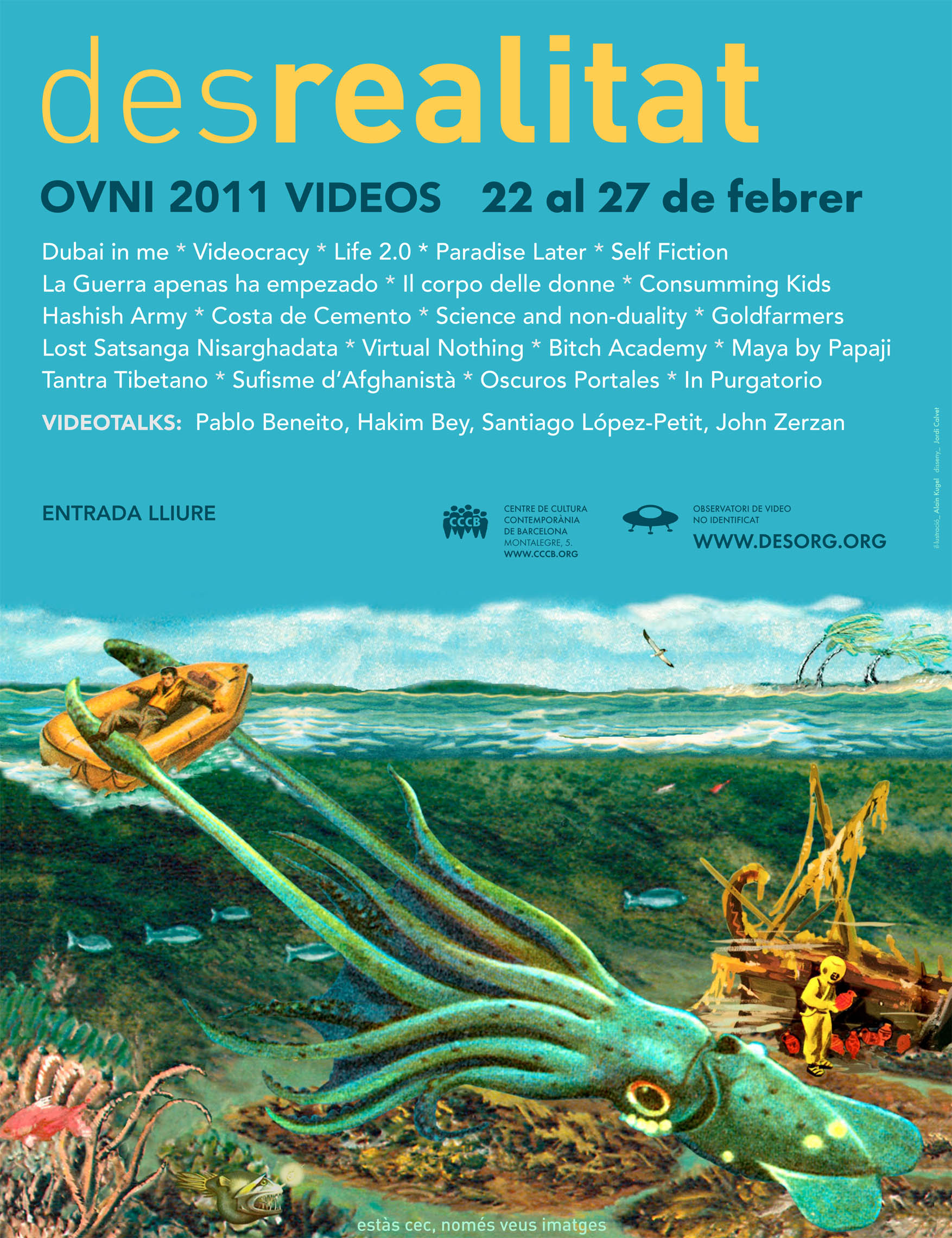 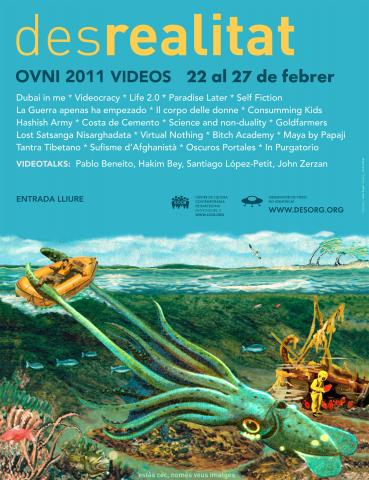 “You are asleep, and your vision is a dream; all you are see is an illusion.”[1]

OVNI disReality aims to reflect upon different phenomena of the critique of reality, their repercussions and the horizons that they illuminate, or recall.

Extremely heterogeneous traditions and forms of experience radically question not only the concept of reality, but the very experience of the real.

Some of the most radical questionings of reality arise from the culture of images, “when the real world is transformed into mere images, mere images become real beings.”[2] Others are a result of simulation mechanisms: as soon as the copy ceases to be a pale reflection of the original image and begins to erode it in its entirety, then the original becomes nothing more than one copy among many, and not necessarily the one with the greatest verisimilitude. The extreme condensation of these phenomena springs from digital technology: video games, simulation, virtual images, expanded reality, mutating into fields as diverse as leisure, military training, communication, industrial processes, personal relationships, the administration of pleasure... becoming the psychic and emotional habitat of a large part of the population. A fictional whole.

Nevertheless, this virtual reality in turn generates a reified, totally physical reality, like that which we now see on a grand scale in cities like Dubai, and in so many other instances of our everyday life. Realities emanating directly from virtual environments, which also condense around social and work relationships, and the spaces and non-places that they generate. Virtual metaphysics thus seems to turn back to the physical, in a feedback dynamic. The evanescent and inapprehensible post-modern reality once again coagulates into cumbersome, real structures of power and exploitation, but this time they are suspended in the digital cloud, and their presence is therefore more volatile and harder to confront. In China, for example, there are hundreds of thousands of illegal workshops in which workers play online videogames for twelve hours a day, to win and accumulate virtual assets that are then exported to the rest of the world, and virtual currency that is traded against real currencies. In the fictional “all” that emerges, realities merge like layers in the dreams of an ever-deepening sleep.

“The sleep of our era is not a good sleep that provides rest. It is an anxious sleep that leaves you feeling even more worn out (...) There is a narcosis that begs for an even deeper narcosis. Those who, by luck or misfortune, awaken from the prescribed sleep, come into this world like lost children.”[3]

A sleep that turns everything it touches into images. A sleep based on image as a veil, as as a social instrument of blindness. Sure enough, a veil of mass produced images spreads out, covering the entire field of vision, like a master film, a screen-world with a flexible, ever-changing reality that clings to the skin of objects, people and landscapes. Not like a patchwork of handcrafted images, personal visions, dreams, imaginations or ruins of former imaginaries... sprinkled with gaps, inaccuracies that invite vision and imagination. Rather, a visible “all,” fuelled by the realities it conceals.

Thus we find a kind of questioning of reality that is directly political: the observation of the expansion of a dominant reality that threatens the fabric of other realities; that threatens to erase forms of knowledge, landscapes, people, ways of life, feelings... As if a thousand libraries of Alexandria, still inscribed in people’s daily lives, in their actions, in their spaces, were already burning once again. As if, perhaps within a very short space of time, all that will remain to read, with luck, will be their sad ashes catalogued by experts.

There has never been such an intense and extensive expansion of a dominant reality as that of global capitalism, or, in consequence, a comparable resistance or refusal. In fact, this dominant reality is already “the” reality; a reality that has the consistency of a “beached jellyfish,” a gelatinous mass that covers any surface, filling any crack. In the face of this, “Only the total refusal of reality reveals it to us in its reality, reveals it to us in its truth.”[4] A reality that disrealizes us: a disreality.

On another level, this refusal of the world as reality coincides with visions that stem from the poetic and the metaphysical: the advaita vedanta (Hindu non-dualism) or Sufi mysticism in Islam, among others. “The One is reality. Multiplicity is illusion, the world of names and forms.”[5] If we identify with these names and forms, if we endow them with reality, we move away from our true nature, we set out in pursuits of phantoms. From this perspective, so-called reality only seems to persist through a kind of autosuggestion, which stems from the dense network of desires and fears, false identifications, actions and reactions... in an experience not too distant from a dream.

Pondering on sleep and wakefulness reveals the following. In wakefulness, the world exists clearly in the light of the sun, things appear to be “out there” and consciousness simply has to initiate the move towards appropriation, under the impulse of desire. From wakeful life we learn that a reality exists, but this reality is the reality of the other: objects, beings, etc... and our reality is defined in relation to this alterity. In sleep, however, the light that shines on the world and reveals it to us is the light of the mind; alone with ourselves, we cannot talk about an external reality. Our own consciousness projects the world of objects and beings, it is created by the dreamer; a world that disappears when we awaken. Sleep liberates us from time, and teaches us to doubt the external reality of waking life: perhaps we awaken from one dream and enter another. Perhaps the difference between sleep and wakefulness is simply one of duration. Finally, in deep sleep, both the inner and and outer world disappear without affecting consciousness: one is there, without dreams, without desires, without world.

In this context, awakening means that the dreamer ceases to project reality onto the imagined dis_reality of separate entities; it means remembering the essential unity of all things, recognising oneself in the consciousness that is One, but the intimate experience of which is unique in each being, and which we call by different names, Being, Life, Reality,...

“Oh mankind, your injustice is only against yourselves.”[6]

[2] Guy Debord, Society of the Spectacle.

[3] And the War has Only just Begun (Tiqqun)