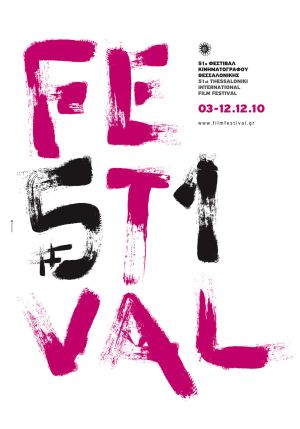 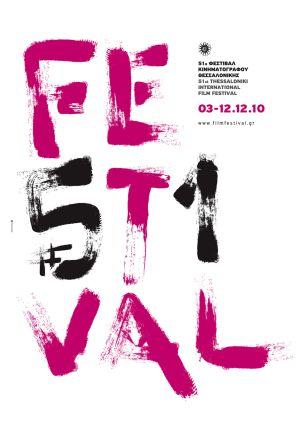 If a good movie takes us to another dimension, where images, events and emotions enrich our everyday experience, then a good film festival is a long journey, far from everyday life. In the case of the Thessaloniki Film Festival the journey lasts 10 days, enough to travel around the world several times, to see flashes from the past, the present and the future, to change mood many times, to get to know new people and experiences, or even see a reflection of daily life onscreen.

Like any other festival, the Thessaloniki Film Festival measures its strength and influence in numbers (465 screenings, 252 films from 45 different countries, 11 exhibitions, 8 masterclasses and 153,506 tickets in 2009).

But the essence lies elsewhere. The power of the Thessaloniki Film Festival lies in its films and its public.

The films
__________are from all over the world, by well-known and new artists, of all genres. Cinema here is art, but the kind of art that doesn't have to shout its value or to show off.

The public
__________is not gathered around a red carpet to scream once the "stars" appear; the viewers would rather make long queues outside the cinemas to see upcoming film openings by known authors and new films by emerging directors; the experienced festival goers know that they will hear about these young directors in the years to come -something that has happenned often in the past. So whenever they are in queues or in festival parties, they listen to what the other viewers have to propose.

As for the film stars
__________they are present as well, but instead of posing for photographers, they talk to the audience at the end of the projections or share their knowledge with young filmmakers through the  "masterclasses" (just to name a few of the participants in the last 5 years' masterclasses: Hou Hsiao-hsien, Alex McDowell, Costa Gavras, Wim Wenders, Walter Salles, Kourtrajme, Alfonso Cuarón, John Malkovich, Werner Herzog, Takeshi Kitano, Oliver Stone, Willem Dafoe).

The lights at the Port of Thessaloniki, the physical space of the Festival during the past decade, will shine on this year from December 3rd to the 12th. Headed by Dimitri Eipides, who was the instigator of the “New Horizons” -the most innovative part of the festival, that was renamed this year into “Open Horizons”- with spotlights on contemporary Arab cinema, Susanne Bier and an Apithatpong Weerasethakul retrospective, as well as the established Balkan Survey, the 51st Thessaloniki Film Festival is expected to be a strong experience.

To those of you who will cross the gate of the harbor and stand in queue with a glass of wine or salep in hand, Have a good festival.
__________...or, to be precise, Have a nice journey!