... And they lived happily ever after. The End | STELA ANASTASAKI et.al. 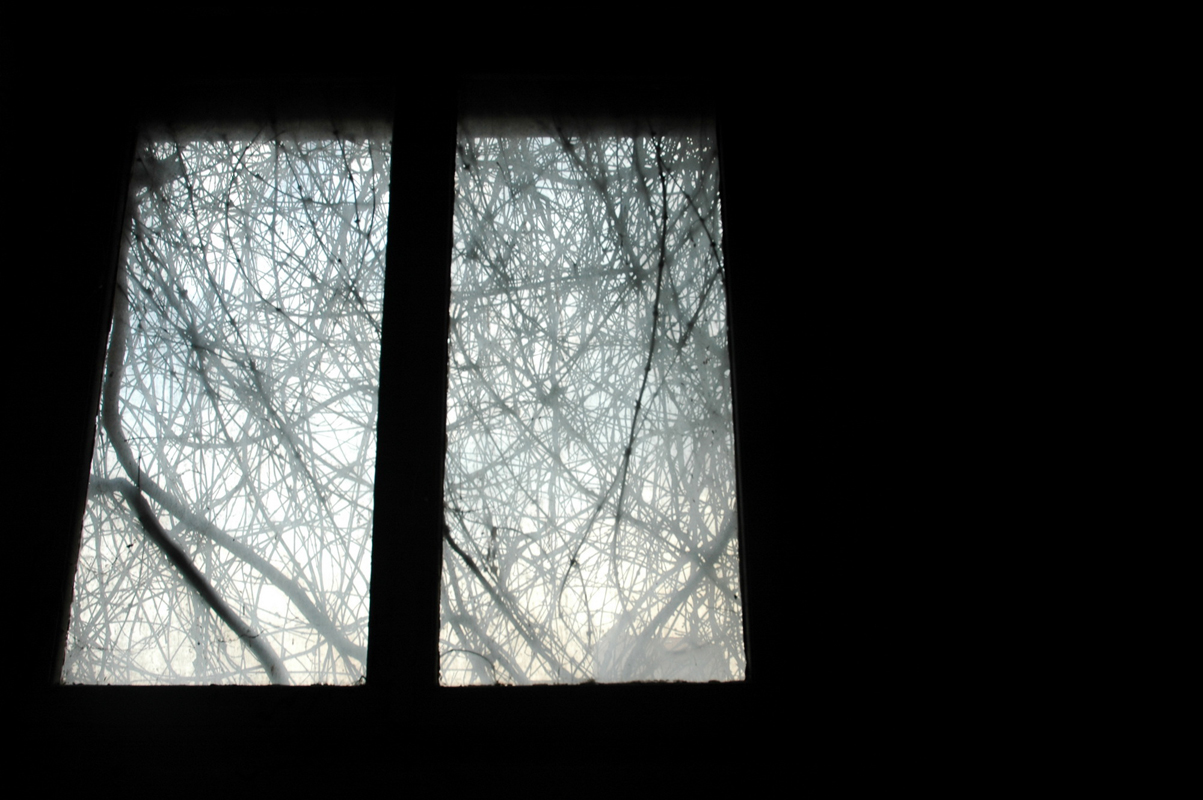 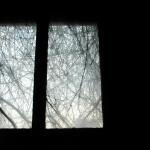 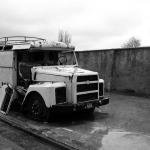 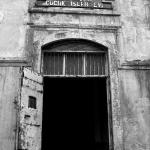 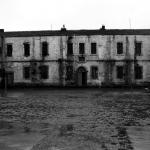 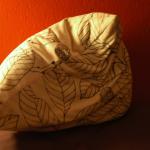 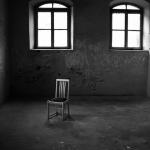 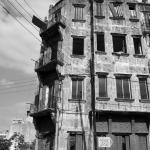 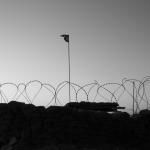 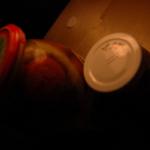 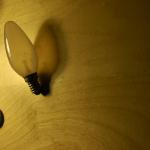 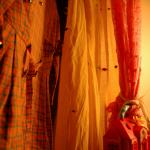 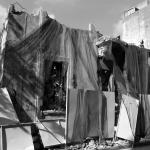 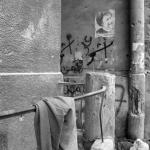 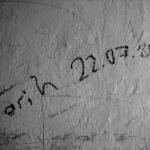 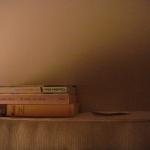 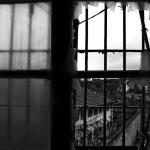 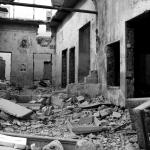 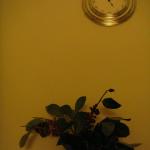 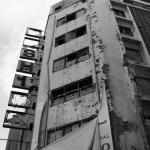 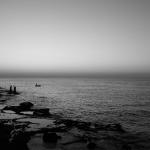 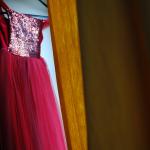 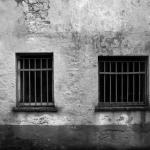 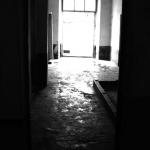 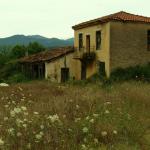 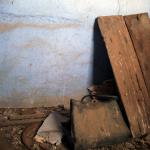 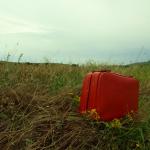 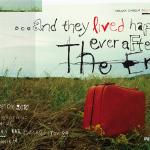 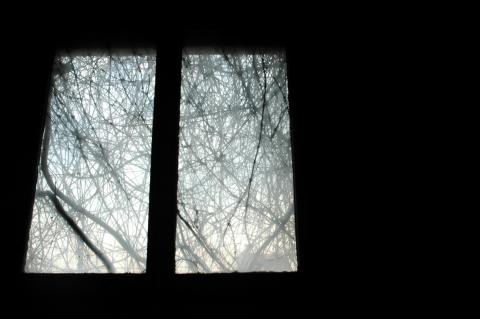 ... And they lived happily ever after. The End.

Every so often an event happens that shakes our faith, destroys everything we've built and shocks us. An earthquake, an unjust bombing, a tragic accident, a painful separation, events that make personal or collective time shrink until it stops flowing for a while.

However, when accounting for a tragedy, there is always a hope of beginning from scratch.

_What we call the beginning is often the end. And to make an end is to make a beginning. The end is where we start from._
T. S. Elliott

This exhibition, inspired by the verse by T. S. Elliott, deals with the assessment of catastrophic events in the optimistic view of a new beginning.

The images that are created by a certain angle, distance and capture time constitute a peculiar set of moments are "frozen" in time.

Images that evoke isolation, withdrawal and destruction and images revealing waiting, anxiety and life are a contradictory set of two extremes equally charged. Through a game between positive and negative, black and white and color, light and shadow, we see the reflection of images that we might have visited, corners and familiar or unknown neighborhoods, waiting be discovered, memories and habits that we try to overcome or to remember.

In all projects, the hues are absent or appear desaturated and blurred, dragging the viewer into a place where dream collides with reality. In this place, where space loses its true dimensions, the realistic and surrealistic element coexist and interact, emerges a fairy-tale ambient. Thus, the visitor is encouraged to daydream, cutting the distance that separates him from reality -normal life.

Opaque openings, silent ruins and enigmatic interiors transfer the resonance of untold stories. The Neighborhood, the Lounge, the Curtain, the Shadows, and a skein, like all works in the exhibition, suggest hidden stories that come to life through the eyes of the beholder.

The contents of the exhibition acts as an imaginary or real narrative that may consist of one or more consecutive episodes. The plot of the story is not bound by place and time, as through the works we see a set of possible or impossible events.

Starting from the end, we first have to reconstruct the story -or stories- of destruction, to imagine the protagonists and finally to build the beginning of the new history literally on the ruins of the old. In this context, the viewer sometimes acts as a narrator, sometimes as a creator and sometimes as a
reader, an ultimately personal story.

With the works of the exhibition we encourage the visitors to create their own imaginary timeless route among the images, just like in fairy tales.

_And We lived happily ever after.

The People of the Exhibition in a Conversation with Themselves.*

When queuing for something, are you calm or do you get easily upset?

I turn to non-stop gossiping with myself, scanning everyone that stands before or after me in the queue, weaving conspiracy theories as to who is likely to steal my place. When my turn finally comes, I end up feeling angry with everybody.

What do you do with the small cents?

I keep them with me till the moment comes when my purse is heavier than a brick. Then I collect them again with affection, I pile them in small towers, trying to convince them that I love them, that one day I’ll find the way to give them value or to exchange them with something that I like, and thus make them happy for being useful.

Is there a big truth that you discovered only recently?

When I dream, I can’t see any faces. I never could. I thought that this was nothing strange, that no one can really see faces in his dreams, till I found out that probably everybody can. The reason might be that I suffer from heavy myopia and I sleep with my contact lenses off.

In the very end, what have you learned from fairy tales?

Being a little girl with plaits, most of my children’s books were sprinkled with stardust. This is how I learned that great loves resist time. They leave indelible marks behind, they dwell and breathe in the places that bore them. Like ghosts that refuse to leave. Like shadows that after years still dance the same song every day, whatever song this is. It’s as if they never left. They are like pages torn from an old diary. The feelings cuddled in there will never disappear or change, but will survive in time, growing stronger than the memories themselves. It’s as if someone stored them in the refrigerator and likes to take them out once in a year, just for the sake of feeling alive.

But who is Tarih really;

I don’t know. It may be someone who stayed one night in prison after its shutting down. It may be someone like me who simply wanted to see his name scribbled in a place that stinks with history. He may even have had some contact with those prisoners who suffered for years in this Turkish prison, somewhere near the Black Sea.

What did you do there?

I hardly know. Ever since I was a little boy, I liked to picture in my mind the residents of empty spaces, buildings or houses. This is the reason why I was drawn to the chair in the empty prison cell, which might have kept company to a prisoner for quite some time. Stories of people, of whom we may forever remain ignorant.

Could it be that you are obsessed with the past?

Obsessed no. Interested yes. I like to see images of the past in the present. A destroyed house in Beirut, a shirt left lying, a family’s living room, the fraise from an army’s entrenchment. Images from a place that was utterly destroyed, with the traces of its destruction left on buildings, people, or even on the dogs of the city.

What is it that attracts you in the landscapes you shoot?

It may be a bit common to shoot landscapes. It’s actually my background in archaeology that urges me to look for a space, which I then use as a setting to build stories on, which may or may not end well. Besides, as it is the case in fairy tales, what stays untouched is not people but space. Space bears its own rhythms and terms, and when destroyed, it simply signals a new beginning.

In the very end, what have you learned from fairy tales?

It may be a commonplace, but it’s also something very real. And they lived happily ever after. The end. _

Who lives in this house?

What is that you notice when you get into some stranger’s house?

The kitchen, the smell of the place, the quietness that comes from it, the floor I step on.

Why did the princess hang the dress in the closet?

So as she wouldn’t worry what to wear tomorrow.

What have you finally learnt from the fairy tales?

That I can sleep with company.

What does a suitcase mean for you?

Airports, departure stations, journeys. The impatience I feel when I make it, the anguish whether I will pick it up at my destination. I’ve lost suitcases in various places. Unfortunately. That’s why I’ve learnt not to get attached to objects. Fortunately. Anyway, what actually remains is the images you yourself have seen.

Yes and no. Yes, because it’s wonderful to plan with numbers and in the end, when you have completed what you’ve planned to be able to compare the implementation process and to see the deviations and convergences in your planning. And no, because all these the VAT, the taxes, tax returns, invoices are dry and boring things that lack imagination.

Since I was a little child. Up until know I’ve lived in a lot of different places. I have many vivid images, smells, colors and special moments from Europe, Asia, Africa, and especially Middle East, which strangely enough feels really familiar to me. I feel like I return home every time I go there. Travelling opens my horizon, grafting my soul.

What is Art Minds?

A spinner. Art Minds is a lot of people together. Different people. They get together, they unite and they create a very nice atmosphere. Art Minds does a lot of different things together. That’s why, I say, that it is a spinner. It has a dynamic and a tendency to move forward.

Yes, very much. Fairy tales are very nice stories. They hug you, they can make you think, they take you at faraway places, they can scare you and they never get old. They can re-live, alter, and evolve at any time. Just like our life. You can never be sure of the end. I was born in Beirut. Art Minds, on the other hand, was created here.

*These interviews were inspired by Tom Waits article: “Tom Waits: A Conversation with Himself”, Independent, Friday, June 2008

Group Exhibition of Photography and Video

… and they lived happily ever after. The End.