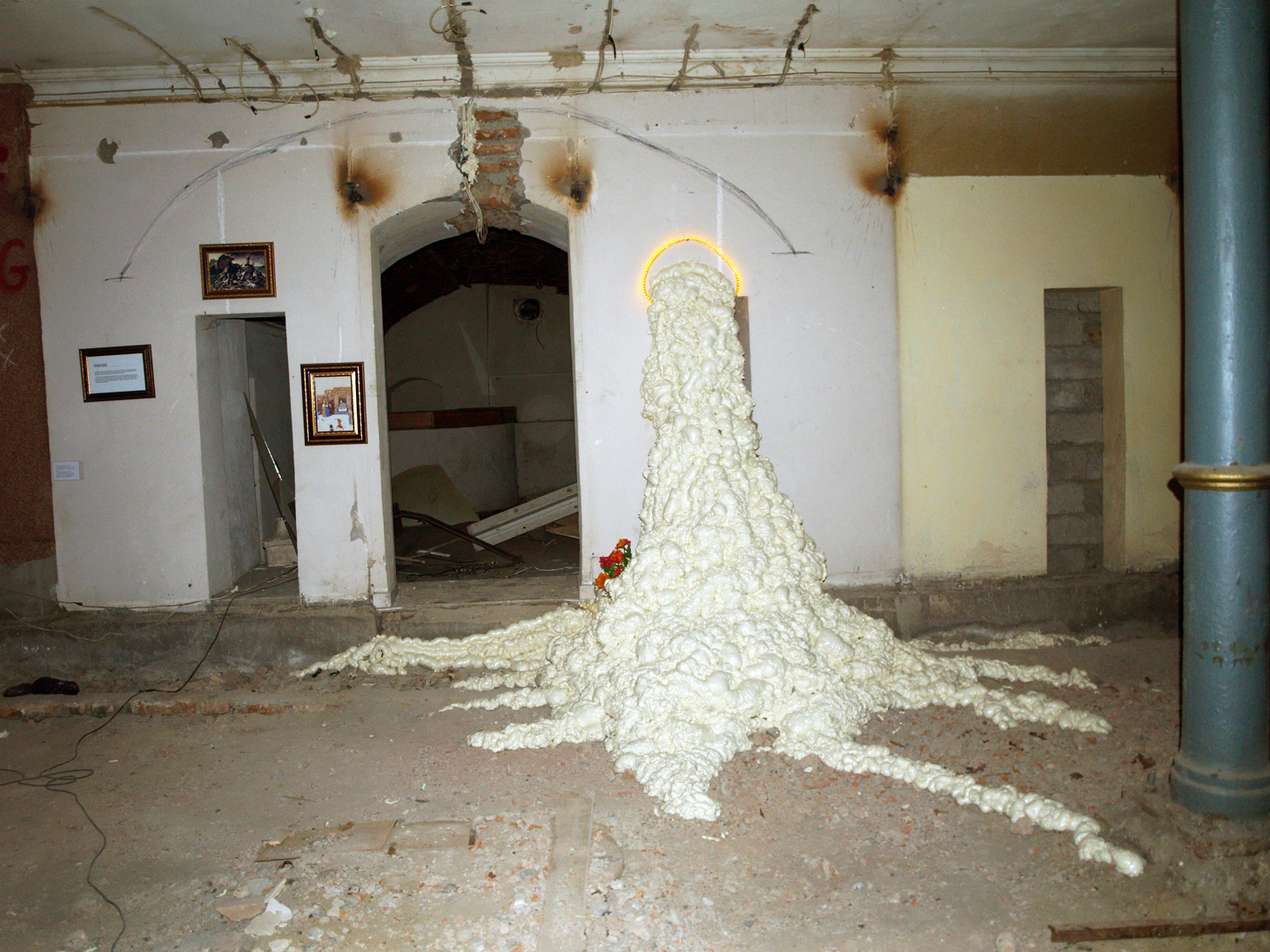 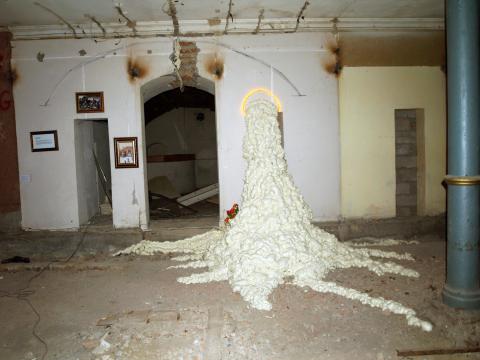 Greek – Georgian foreign relations are quite tight the last decades. Many people from Georgia immigrate to Greece, seeking for a better future and many Greeks have been living in Georgia since antiquity. For a few days two Greek curators and an artist ‘immigrated’ to Georgia thanks to a very special kind of art event: ARTISTERIUM 3.

We were invited to participate on behalf of the Greek State Museum of Contemporary Art to the event, presenting the works of Elli Chrysidou and Eftichia Ermidou.

This event is supported by institutions, cultural centres, curators and artists from all over the world (from New Zeeland to USA and from Ireland to Estonia), as well as from the Ministry of Culture and Monument Protection of Georgia.

The ARTISTERIUM 3 was dedicated to the 100 years anniversary of Tbilisi History Museum. It was held between 2 and 10 of October, the participating artists were more than 120 in total presenting works in 9 venues in the city of Tbilisi.

We arrived –as almost everybody- around 04.00 early morning at the Tbilisi airport, after an adventurous journey and a few days before the events’ openings, to find out that the city of Tbilisi is one of the most wonderful places in the world.

In the same morning, the person who runs dynamically this major event, the curator Magda Guruli, was waiting for us at one of the venues, the Tbilisi History Museum, a beautiful old building. The warm welcome was very positive, thankfully all practical issues were easily solved and the works were placed during the day coexisting with other works easily at the second floor space. The rhythm of the preparations was rather effective and after finishing our work, we had the time and the chance to meet participants and check the rest of the projects.

We found out that many people support this event and travel to Tbilisi every year in order not to miss it. We could mention the installation of Sheilla Pepe, which made a difference also at the opening reception, involving old Georgian ladies in a traditional knitting performance. Or the enormous installation of Ali Bromwell, made by bicycle tires, covering part of the atrium’s space. Or the Behrang Samadgadegan’s discreetly political installation at the basement, next to Mkrtich Tonoyan’s ‘military’ bottle.

We also were very impressed by the “Last Match “project, held by the curator David Schilter, the idea of a “Flying Carpet” by Tarlan Gorchu, the ‘polyphonic’ video-installation “Where you belong?” by Elene Rakviashvili and the fragile installation “Dream from the Silk” by Ian Joyce.

So many people and projects from so many countries just in one venue that had more than a thousand visitors in just one evening. Nevertheless, we were very unlucky, as we missed part of other openings and events the next days. Still it is obvious that “money talks” and our budget could not support more days of staying.

But we managed to have in such a short period a truly meaningful experience of an event that should be supported in the following years, as it is one of the rare events that tradition and contemporary art are easily combined and supporters give their best to produce an effortless contemporary art event at the eastern part of Europe, away from whatever is stereotypically considered as art centres.

We would like to thank the organisers and the supporters who gave us the chance to participate in this event and to find a reason to do that again.

You can see all details and information regarding the Artisterium at the link www.artisterium.org