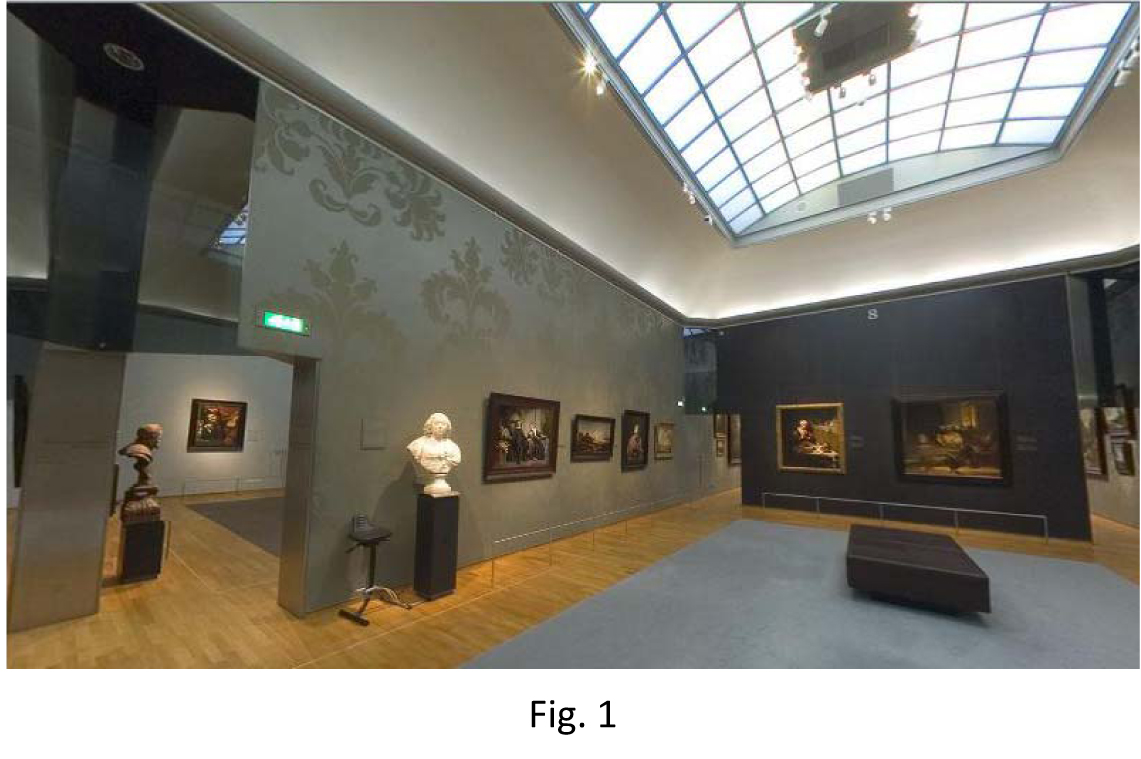 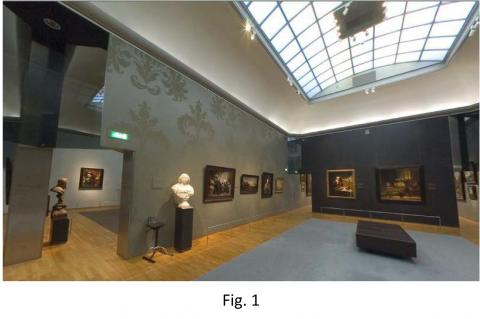 "[New technologies/the Internet] is the communications medium of the new generations. And we are forced to communicate with them in their language. They do not read newspapers, they read screens"1. With these words Philippe de Montebello, ex-director of the Metropolitan Museum of Art, acknowledged the growing importance of new technologies for the museum. In his own words, "Internet will force us to reinvent museums". However, is this really the case? What is the impact that new technologies - particularly virtual reality - are having on the institution?

This essay will look into the relationship between virtual reality (VR) and the museum and will analyze the positive and negative effects that could derive from this interaction, in particular regarding the presence of the latter in VR environments such as Second Life. However, in order to explore this interaction it is necessary first to define what is understood as a museum and, more importantly, what is intended by VR.

According to the Merriam-Webster dictionary, virtual reality is "an artificial environment which is experienced through sensory stimuli (as sights and sounds) provided by a computer and in which one's actions partially determine what happens in the environment" 2. The term became popularly known during the 1980s, but VR has a much longer history. Originally conceived for military purposes - mainly for training and flight simulations -, it was soon applied to other fields such as medical research and entertainment. Although there is no milestone date for the insertion of VR in the museum, generally speaking cultural institutions did not show an interest in VR in their displays until the mid 1990s3. In addition to this, as a basic premise it is worth emphasizing that by default VR aims at providing a three-dimensional sensorial experience, so from that point of view the responses created in the user become as real as actual reality. In other words, from an almost philosophical perspective the fact that VR is directly perceived through our senses - which ultimately are the only source of information that we possess about the world - could theoretically make it as valid a reality as our actual tangible reality is at present.

On the other hand, the concept of museum is so broad and complex in itself that it also requires clarification. The ICOM defines it as "a non-profit, permanent institution in the service of society and its development, open to the public, which acquires, conserves, researches, communicates and exhibits the tangible and intangible heritage of humanity and its environment for the purposes of education, study and enjoyment"4. Taking this definition as the principal reference, the first question that arises is whether VR can and does effectively contribute to the fulfilment of the purposes listed in it, or whether it could rather pose a threat to any of them, especially when combined with the Internet.

Nonetheless, before going into any detailed analysis of the possible ways of interaction between this technology and cultural institutions, we should step back and wonder what aspect of VR is also present in the museum when apparently both concepts have nothing in common. However, on close examination it becomes clear that the most evident link between the two is space5. Museums, according to the ICOM, "exhibit the tangible and intangible heritage of humanity" and that heritage, whatever its nature, takes place in a space. VR, unlike any other 2D image-rendering technologies, is intrinsically based on tridimensionality, either by allowing the user to move within an environment or by creating 3D representations of objects. Thus, there is no VR if there is no illusion of space. Moreover, they both require and engage the visitor's/user's senses in order to achieve their purposes. Therefore, at least conceptually VR could be a more suitable means of complementing the contents of the museum than other technologies.

Consequently, one of the first aspects to be acknowledged is that most virtual museums or e-galleries currently online do not provide a VR experience to their visitors, even if they may claim to do so. On her essay "Visiting the virtual museum: Art and experience online", Lianne McTavish refers to several online 360º tours of different museums as "virtual reality galleries", taking the Rijksmuseum in Amsterdam as the main example of this6 (Fig. 1). However, this kind of visual presentation could be hardly defined as true VR, since it only provides static 2D images of rooms that spin around the same axis, but allow no camera movement into the space apart from some basic zooming that becomes highly pixeled. They also lack one of the main aspects of VR: interaction. Visitors cannot wander freely through these tours, or approach the artworks to examine them better, therefore reducing them to the role of mere spectators instead of active agents. This is the case not only with the Rijskmuseum7, but also with the 360º tours of the Musée du Louvre8 or the Pitt Rivers Museum9 (Fig. 2, 3 and 4).

On the other hand, even if these examples do not constitute true VR experiences, they represent the starting point for a further development of the concept. They express the museum's interest in showing the visitor not only the artworks but also the spatial context in which they are displayed, that is, the institution itself. In other words, at present these tours relate more to the museum as a container of objects than to the artworks themselves10.

This reflection leads to wondering where VR could stand within the museum context, and which purposes it should serve. This essay will explore two different but not necessarily conflicting ways of understanding this relationship, namely the subordination of VR to the museum and, more interestingly, what would happen in the opposite scenario. The first case has been theorized extensively since its beginnings in the 1990s, but it is only in the last ten years that we are witnessing the reversion of the process: the subordination of the museum to VR.

However, referring to VR as dependent on the museum does not necessarily imply that the VR experience has to be lived exclusively inside of the actual museum; hence this generates two possibilities of interaction: on-site and off-site VR environments.

As mentioned above, the inclusion of VR in museum displays started to take place around the mid 1990s, rather late when compared to other areas that had already incorporated it since the late 1970s and during the 1980s11. Most of the exhibits that feature VR are usually used for historical reconstructions of ancient cities, monuments or objects, and require the use of special goggles and/or headsets in order to create an immersive experience. That is the case for example of the exhibits developed by the Foundation of the Hellenic World (Greece), where visitors can go for a walk in an Ancient Greek city, enter different buildings, fly over them or even go for a swim12 (Fig. 5). Moreover, these exhibits allow for several visitors to use them at the same time, favouring social interaction, and they usually have an educational objective.

Contrary to this, off-site VR must be necessarily internet-based and is usually conceived to be experienced individually by a single user placed in front of a computer screen. Some museum websites are trying to include VR to provide a more realistic and vivid experience of the institution but, as already stated, those attempts have not been fully successful yet. It seems like museum websites struggle to combine spatial awareness with interaction with the objects on show, so when they succeed in creating interactive 3D virtual galleries they fail in providing information or focusing the visitor's attention on the objects, and vice versa13. One of the most successful examples is the website of the Opera di Santa Croce, in Florence 14. It features a virtual tour of the church, divided by naves and chapels, through which the visitor can move up and down while clicking on the highlighted works in order to read a brief explanation. Although still very restricted as far as camera movements are concerned, it creates a rather accurate perception of the space - avoiding the distortions of other 360º tours - while effectively bringing the objects into focus. Another interesting initiative is the one recently launched by Google Earth and the Museo Nacional del Prado. By uploading extremely high-resolution images of some of the museum masterpieces and hanging them in a very basic space in a three-dimensional model of the museum, they create one of the closest off-site examples to VR that can currently be found online (Fig. 6 and 7). On top of this, Google Earth also provides some basic information about the works on show even if the visual and educational shortcomings are practically the same as in the case of Santa Croce.

The introduction of these on-site and off-site VR experiences is still a rather controversial matter due to its novelty and its relatively early stage of development. While it encourages accessibility to objects, sites or buildings, it is also true that it presents a series of drawbacks that raise eyebrows about the feasibility of a widespread use among museums. First off, the application of VR in the field of cultural heritage is still developing, and consequently it must be acknowledged that there are technological limitations that condition its use. Furthermore, as every computer-based technology, exhibits become rapidly outdated as new software and image-rendering processes become available. Simultaneously, the use of VR involves high costs for designing the contents, buying the equipment and maintaining it in good condition15. But most of all, the main concern for those mistrusting VR is whether the means could become an end in itself. This, however, is a very arguable assertion; although it is true that VR could potentially dazzle the user and distract him from the object/site/building it is referring to, it must be taken into account that probably this is only a temporary effect derived from the fascination of the new. Young generations who have already been exposed to computer graphics all their lives and who are familiar with VR in other contexts, such as videogames, are likely to be progressively less impressed by the technological aspects of VR and engage more actively with the contents that VR has to offer them. This does not mean though that the risk does not currently exist because it does, but it is the museum's task to understand the potential of VR and use it responsibly, without being the first to be blinded by it.

As McTavish states, museums are expected to be on the technological avant-garde, but this is not reason enough for justifying the use of VR without a clear purpose16. Accessibility to collections has been mentioned as one of the best assets of VR, not only regarding reconstructions of lost objects or architecture, but for example as a means of protecting highly-sensitive materials or providing a more complete experience to people with disabilities. Also, as seen on the example of the Foundation of the Hellenic World, VR on-site exhibits encourage visitor interaction, hence drawing near to the notion of edutainment. This concept is in fact gaining importance in the way that museums try to present themselves to the general public, and VR could prove an effective ally for reaching new audiences, especially the young (Fig. 8).

Conversely, a perhaps more innovative question would be what would happen if the museum was to be the one subordinated to VR. This means that instead of being the museum who sets the frame for the use of VR, it is VR who sets that same frame and subjects the museum to its internal rules. An online virtual world such as Second Life will be taken as the reference for a detailed analysis in order to explore this.