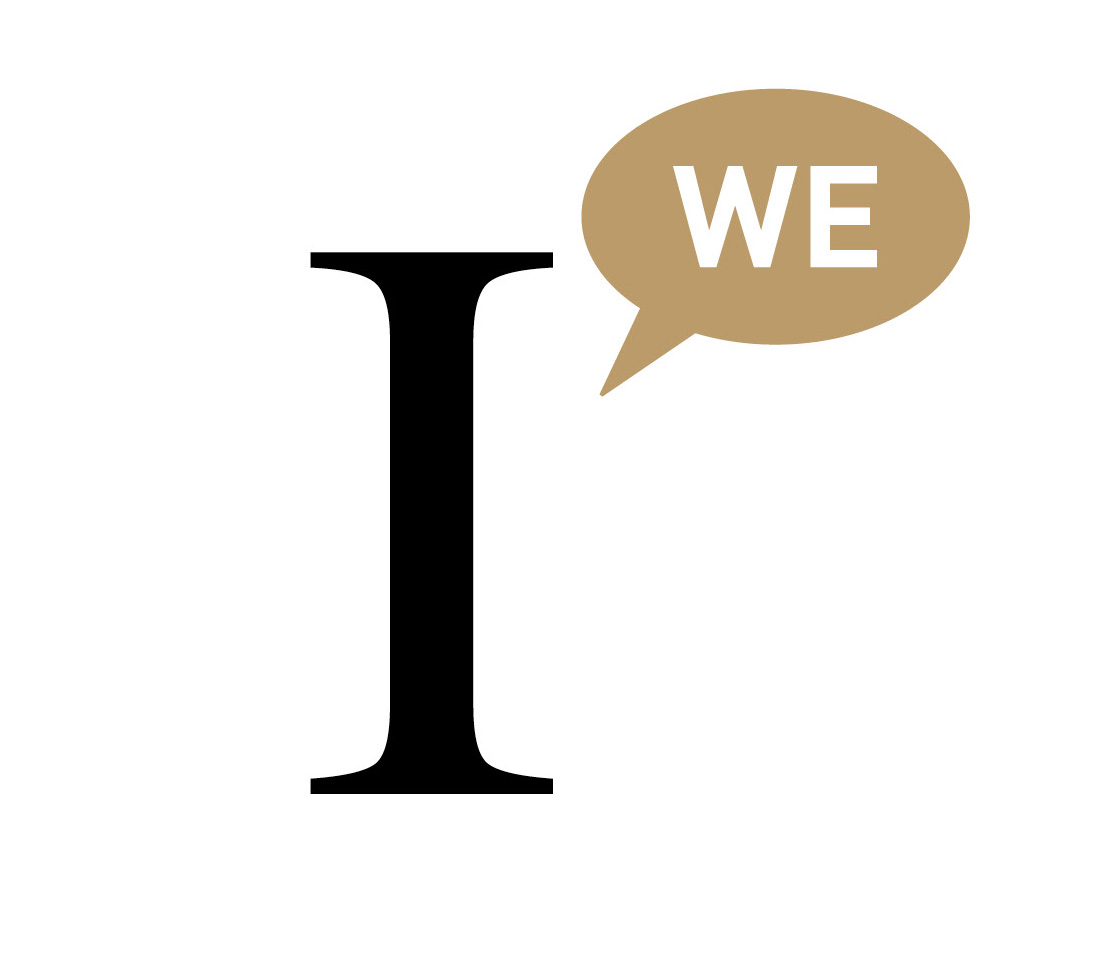 The re-definition of theory and the orientation of art towards life itself and everyday activities, as the beginning of a new creative direction and Praxis1, is the main conceptual framework, which was based on the Marxist Terry Eagleton and embraced as the concept of this year's Thessaloniki Biennale.

Along the way, reality itself came to justify the organizers; as they were preparing the Biennale, they were confronted both with an international economic crisis and with a blatant outbreak of the social and political crisis in Greece.

The events of December cut into everything that was discussed and researched during the last year, within the framework of the Biennale. The way these facts coincided acted as a confirmation: both daily life and the more general social and political state of the country (i.e. the micro-political and macro-political aspects of Greek reality) came to a borderline, to a critically uncertain point.

As a direct consequence, political discourse in Greek society was reborn. Each person separately, as an individual and as a citizen, questioned the reliability of the system, identified its weaknesses and expressed his or her opinions about it. A large number of citizens took personal action and sought changes and solutions.

The analogies between these events and Eagleton's views are catalytical. As he has so aptly claimed, the approaches of theory, and art itself, have ignored life and everyday activity for the past few decades. In fact, they had reached a crisis, a point of no return. In order to confront this crisis (as is always the case in periods when everything appears to be on the verge of collapse), the approach to life, to humanity, the bio-political approach to Greek society in particular, is understandable and constitutes a choice that may bring about effective solutions2.

Greek society and the views of Eagleton coincided in Praxis and identified with each other.

Taking the above into consideration, the specific exhibition inevitably turned to and focused its orientations in the framework of such quests. And a famous phrase, born in the 1960s-1970s, came to substantiate the scope of the exhibition: The personal is political.

A well-known phrase, and a concept that has been consolidated over the decades3 in multiple ways, conceptions and experiences. Besides, the everyday and the political are communicating vessels. Each individual person alone constitutes the condition for the establishment of a community, a group. Agamben suggests that we disconnect the will of a community from the condition of ‘belonging' and turn our attention to the face "that is neither particular, nor universal, but whatever. [...] communicate only in the empty space of the example, without being tied by any common property, by any identity". Apparently the choice of the term is declarative and directly illuminates the core of the concept: The person - and not the individual - "is the only location of community, the only possible city."4.

With particular respect for the domain of art and artistic production, the inseparable relationship between artistic creation and politics is also confirmed. Every form of visual art's practice contributes either to the reproduction of the common mind - in this sense it is political - or to its interpretation and criticism. And therefore every form of art has an aesthetic and thus a political dimension5.

We believe that it is pointless to broaden the discussion and state that everything is political or to go into more detail about the relationship of politics and art. Or, to be more precise, we believe that these things are already a given. The only thing that we should add is a sentence that we believe provides a definitive answer to the issue: "If social and cultural completeness were feasible, if we could touch the end of history, then both art and politics would cease to exist6". And neither one of them has ceased to exist.

"Attach yourself to what you feel to be true. Don't back away from what is political in friendship. Begin there. (Τhe Invisible Committee)

In the human cultural sphere, many concerns have found the right people to express them. In the case of this exhibition, the artists review aspects of reality, create new definitions and provide their own answers, having configured their own rationale with respect to the personal-political dimension of Praxis.

And subsequently, the public is invited - as another "third person", to redefine what artistic practice can offer, through its own results. In this way, a communication network is established, which is sooner or later studied, composed and included in a theoretical-historical-social or other framework. And the cycle continues and is - above all - creative, because it creates a field of dialogue, a chain of cultural communication.

However, if we were to stop at the redefinition of modern reality, we would be risking a basic requirement: the search for a course, the identification of everything that has changed (or perhaps remained the same) over the decades.

We stand modestly before the recent past. We search for its individual elements (i.e. the artistic production and ideological orientations contained therein) and confront them as its components. For all of them, the common denominator is what was experienced then and what continues to be experienced even today in the bio-politics of Greece in the last few years.

The exhibition attempts to investigate the different types of personal choices and actions. These actions, which constitute the social and political choices of each person, function directly or indirectly as a mirror of society (for example gender, nationality, religion, sexuality, awareness, and mentality). And vice versa, the exhibition aims to form an attempt to listen to the Greek artistic reality, as it is being shaped following a series of political and social changes and events, which affect every facet of people's personality and daily life. This - more or less - diversified reality is reflected through the mirror of artistic action and steadily leaves its own mark on the endless formulation of culture and history7.

The visitor is encouraged to experience this exhibition in the same way as archaeologists interpret the past through a group of objects-fragments. To confront the works as indications-fragments of varied perceptions and as creations of the human intellect.

From the 1960s-1970s to contemporary Greek reality, did we in fact make a losing bet, or does the new status quo give rise to hopes for the future?

Some of the works are personal and private, hidden in a discreet dimness. Others are works with a deeply rooted social and political dimension, with strong and clear messages. The works co-exist, forming a cultural image and an aspect of reality, or at least versions thereof. And most importantly, the exhibition's questions are posed openly and without confusion, as are certain answers, so as to facilitate any dialogue arising.

Consequently, the exhibition presents individual characteristic moments of artistic production from the 1960s to the present. Their underlying or obvious political extensions are sought out. We are invited to reconcile with them, to keep them in our mind or allow them to surrender to oblivion. To investigate what identities are formed from the things we selectively remember and those we forget.

Instead of an epilogue or a set of conclusions, we propose a series of views from thinkers who have the power to open up prospects for responses and who express the curators' opinions:

The injunction, everywhere, to "be someone" maintains the pathological state that makes this society necessary. The injunction to be strong produces the very weakness by which it maintains itself, so that everything seems to take on a therapeutic character, even working, even love. [...] Soon this society will only be held together by the mere tension of all the social atoms straining towards an illusory cure. [...] Everything that attaches me to the world, all the links that constitute me, all the forces that compose me don't form an identity, a thing displayable on cue, but a singular, shared, living existence, from which emerges - at certain times and places - that being which says "I".

Many thanks to all those who trusted us and supported this effort.

1 Praxis (practice): A term referring generally to action, energy, and according to Marx, to the free, global, creative activity by means of which the person establishes and changes history and him/herself. Aristotle refers to practice as one of the three main human activities (the other two were theory and poetry). Each has a different objective; the objective of praxis is action itself. Practice was later linked to the application of theory, and this definition has been adopted to this day. Kant later formulated two variations of the term: practice as the application of a theory, and praxis as the ethical behaviour of an individual. Marx was the first to link praxis to revolution. Tom Bottomore, Laurence Harris, V.G.Kiernan, Ralph Miliband (ed.), A Dictionary of Marxist Thought, Blackwell 1988, pp.384-389.

2 Many of the social issues that started to become apparent in December have been positively identified by Athena Athanasiou in her book Zoi sto orio, Dokimia gia to soma, to fylo kai ti viopolitiki (Life at the limit, essays on the body, gender and bio-politics), Ekkremes 2007.

3 The article by Martha Rosler "Well, is the Personal Political?" (Feminism Art Theory, An anthology 1968-2000, ed. Hilary Robinson, Blackwell Publishers Ltd., Oxford, 2001), is a typical example, in which she claims that a personal act can be considered political when the collective action of a society depends on personal, everyday individual issues, when we take the uniqueness of the individual into account and when we realize that the right to control our lives and actions also entails a right to control the progress of society.

5 Chantal Mouffe provides a complete and clear interpretation, which is in full harmony with the logic of the exhibition: see interview with Chantal Mouffe, "Every form of art has a political dimension" (trans. Alexandros Kioupkiolis), idem p. 115-116.

6 Giannis Stavrakakis, "Art and theory of the political~Involvement methodologies: A discussion between K. Stafylakis and Elpida Karamba and Giannis Stavrakakis", from Kritiki kai tehni (Criticism and art), issue 3, AICA HELLAS 2009.