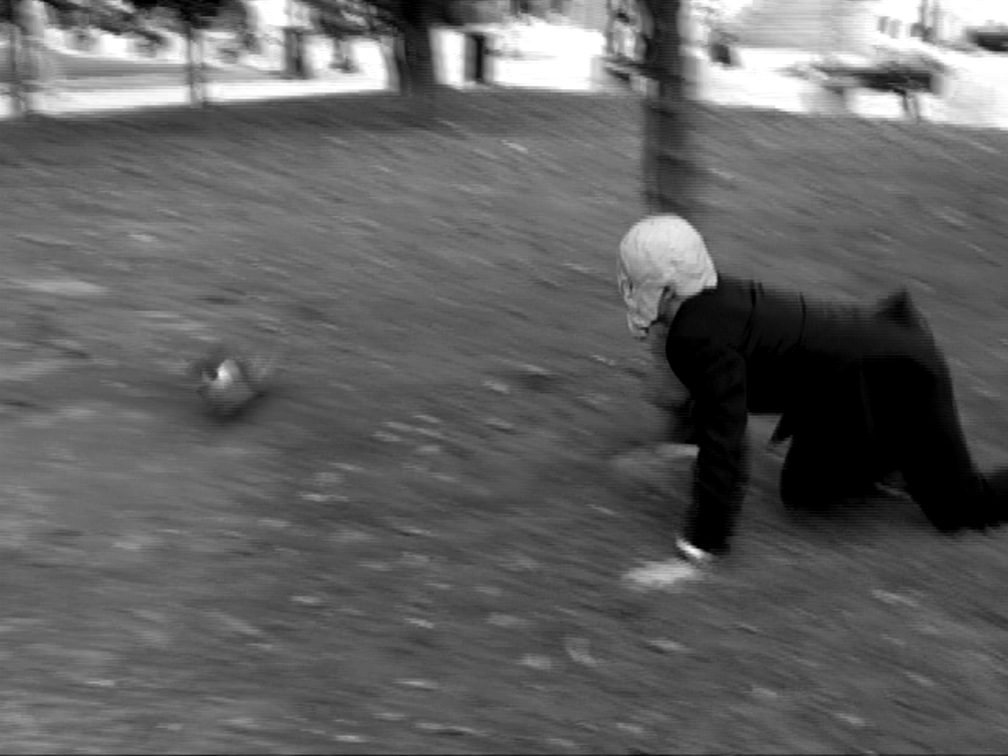 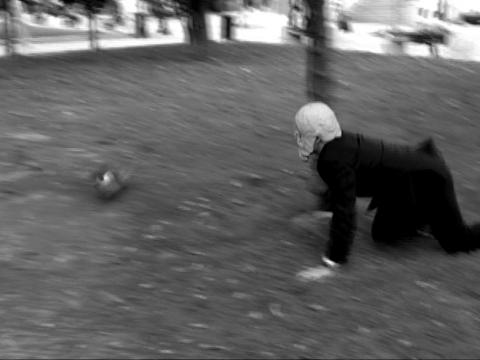 I do not know who this person is exactly, I will probably never meet H.O.P.E.*.

He's decided to keep the mask melting on his face, hiding from peoples' gaze, pretending to be the Satyr of either a forest or a city jungle.

The masks and monstrous ghosts in his works are neglected by urban everyday life, realizing they became boring. And so, they become more desperate.

An expressionistic alter ego is performing in videos, photographs and multiple drawings in an infertile ritual. Any kind of gender issue falls apart, just like trying to separate any Siamese twins' bodies.

H.O.P.E. and his universe are like an animal, needing to lick someone for love; or like a naughty child trying to scare someone, in order to attract any kind of attention.

His hair is the sediment, the dregs of body loss, his saliva is a prolific sensual juice.
H.O.P.E.'s work, clinically dirty, but sentimentally clean, tries to achieve a ‘catharsis' from apathy. Will he make it?

This text by Areti Leopoulou is published in the book thesewarsareoutburstofhypnosisonlythemasksareforreal by h.o.p.e. (Snel Grafics, September 2009)