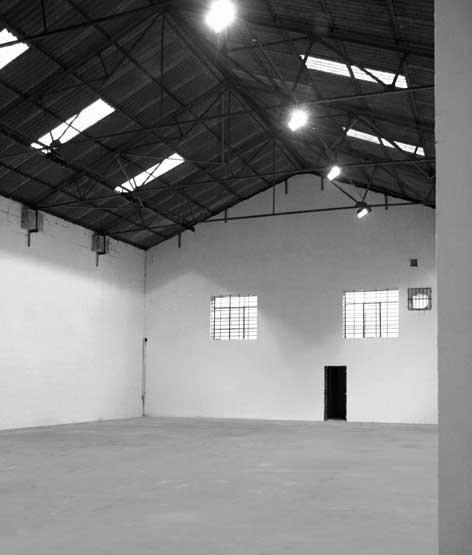 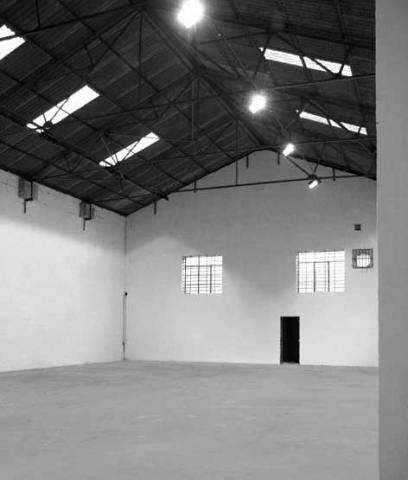 The MCA - Malta Contemporary Art - is the first centre dedicated entirely on contemporary art in Malta. Founded in 2008, the centre immediately developed different activities around multiple aspects of artistic creation. Along with the exhibitions, the MCA focuses on music, performance, talks, events and a monthly programme of experimental and artist films and documentaries.

One of the aims of the MCA is to give the Maltese artists and the contemporary Maltese art an international visibility. The creative expression originating from the isle of Malta is not well known in the international ground, so the MCA can serve as a mediator between Malta and the other countries, between the inside and the outside. From the centre of the Mediterranean Sea, from an island that has received for centuries the influence of many cultures and people, the MCA can spread the messages of the Maltese culture and the reflections of the Maltese artists.

Located in a difficult area of the industrial town of Marsa - an area of social contrast, near the harbour - the MCA gives the impression of having a lot of potential. Malta can be considered as a country in the deep periphery of Contemporary Art: the lack of space and places that support creativity; the complicated task of finding younger artists and the problems that the artists have to face to come out; the presence, not so well hidden, of censorship and the extraordinary position in the middle of the Mediterranean, between Africa and Europe, transform Malta in a very interesting place where it is hard, but possible, as the MCA demonstrates, to discover originality and new ideas.

In a present lived between tradition and modernity, between baroque and industrial heritage, between the old signs of colonisation and the new routes of the African migration, between Caravaggio and the MCA, Malta seems to enter in a new era where the contrast and the diversity are becoming its points of strength.

Mark Mangion, artist, curator and director of the MCA, whom I met in Malta, answered some questions relating to the challenges faced by the MCA.

Herman Bashiron Mendolicchio: Which are the aims of the MCA?

Mark Mangion: Obviously it comes from a desire as a practicing artist to develop something, a structure which helps the artist who is working with a certain kind of ideas -ideas that perhaps other people in the local context are not working with; there's no structure for this type of artist in Malta. That is the reality.

So the aim is to develop that kind of structure which exists everywhere, but doesn't really exist here: to create a program that on the one hand exposes to the Malta's public new shows of what is happening on an international level and on the other hand supports the local scene. We would like to achieve this by supporting the people who are working internationally and whose work has been acknowledged and also by trying to develop a community of younger artists.

The artists that this community would include are the ones who could be susceptible to interesting ideas and who are trying to generate that kind of activity, but perhaps have not had that exposure.

This might be a discussion that we usually take for granted, but the reality is that here it is not.

Ultimately it's about generating activity within the visual arts, which through the local and through the international creates dialogue and contrast -within a certain vision and philosophy for the space.

I don't think it can be anything more than that for the time being.

One of the most interesting things for the international artists coming here, who have already exposed in very important art galleries and museums, is that it gives them the opportunity to have a space where they can really experiment and in a sense remove themselves from the commercial art world and the critics, because there is not that proximity. It's not Vienna, it's not Berlin, it's not London; this means that there are not these people with a close eye, so there's a sense of detachment and freedom which could give to a place like Malta -because of it's distance- something interesting.

HBM: Malta is in the centre of Mediterranean sea and has always received many influences from the cultures around that sea. Do you think that art can reflect and maybe improve the intercultural dialogue in the Mediterranean?

MM: I think it can and it should and it doesn't have to.

For the artists who are dealing with art as a more professional practice, the richness of Malta can be in their favour: Malta is this kind of middle ground between North Africa and Europe. It's got a rich history of people passing through, it has been colonised and at the same time it has largely maintained its independence.

Even though it's an old country, Malta is in fact a very young country that has only just started to define what it is, to be more what it is.

I think interesting things will happen after it has defined what it is, but that's still away.

We live in an international world, perhaps a very homogenous world, where we're all dealing with the same kind of ideas. On the other hand, there's still a lot of people feeling detached from that. I find that very problematic; I'm not against dealing with local issues or cultural issues that are quite specific -or if they're not specific then they come from something that's a cultural specificity- but we're still lost in amateurism. For me that's a reality. Once we can transcend it we will be in a much better position.

I believe we can go past this current state of having just 5 or 6 artists who are trying to do interesting stuff and are aware of certain art historical references. I think as a whole people would be in a better position once they can make their next step, because then a place like this with its limited resources can become as interesting as other small places. There's a great sense of comfort in living in this place; perhaps we don't have a conflict like in Palestine or in other places, but it doesn't necessarily mean that interesting things cannot come out.

HBM: Could you recommend us some young Maltese artists?

MM: Unfortunately I can't, which is really horrible. I constantly look for young Maltese artists and I find that there's this "hole" in Maltese artists: the more relevant artists are coming from an age group of 45 to 68 and that is very strange to me. I can drop some names of people that have exhibited internationally and live in Malta: Austin Camilleri, Norbert Attard, Vince Briffa, Raphael Vella, Ruth Bianco, Anton Grech and a couple of others have exhibited internationally, but they're mostly artists from that age group.

I constantly look for younger artists but I don't find them. I do find little "pockets" but they're very detached from certain realities. That's very problematic because there should be many more younger artists reacting to the environment. There are a few younger artists who are trying to do that but I can't really say with some conviction that they are doing it. I can't mention any names. Even though I've curated exhibitions and I've included some of these younger artists in these exhibitions and I'm supporting them more than the internationally known Maltese artists, I haven't seen that there is some kind of commitment to making art. I find that very disturbing to be honest with you.

Mark Mangion studied painting at Parsons School of Design in New York and Sculpture at the Royal College of Art in London. Recent shows include Schema at Daniel Cooney Fine art, New York, Becks Futures Film & Video at ICA, London, Peculiar Encounters, London, Borders, Malta and Iran, 2005, Malta. Since 2007, he has focused on curating exhibitions in Malta and the setting up of Malta Contemporary Art.