On Becoming A Hacker: A new political and cultural practice | CHRISTINA GRAMMATIKOPOULOU Hackers create the possibility of new things entering the world. Not always great things, or even good things, but new things. In art, in science, in philosophy and culture, in any process of knowledge where data can be gathered, where information can be extracted from it, and where in that information new possibilities for the world are produced, there are hackers hacking the new out of the old.
McKenzie Wark, A Hacker Manifesto 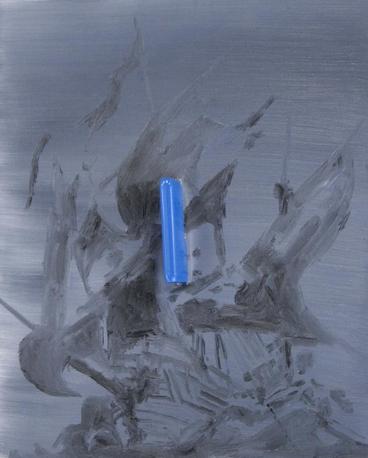 From the unknown depths of the Deep Web and the complicated how-to posts on specialist forums, hacking recently found its way onto the surface of newspaper headlines and sensational TV news. The culminating interest in Wikileaks and the Pirate Bay Trial, and the subsequent events, resulted in an unexpected revelation to the public:

After Beuys teaching them that “every person is an artist” and Warhol promising “that anybody can be famous”, now Anonymous and forums were proving to them that:

Anybody can be a hacker…

How? First, you need to mask your IP address. Then, you simply follow the easy instructions.

Why? In order to protect the ideal of freedom on the Internet, because “this is our new country, the only territory that makes sense to defend and protect”[1].

In the early days of the Internet, it was often presented as a promise land for the freedom of speech, where anybody could have access to any kind of information. Therefore, it was often viewed as a doorway to freedom for non democratic countries; ironically enough, it was George Bush that exclaimed “Imagine if the Internet took hold in China. Imagine how freedom would spread”, back in 1999.

During the same year, Napster was launched and the claims to restrict information flow turned into highly debated discourses ending up in trials, website shutdowns and worldwide protests. A decade later, the Pirate Bay was convicted of copyright infringement in Sweden, the Hadopi law was voted in France and a considerable number of countries sought to limit access to certain websites, on the pretext of copyright laws and protection of children from explicit content.

However, after the publication of the U.S. embassy cables, it became quite clear that restricting access to certain websites was far more political than what governments admitted it to be. I will not go into further details into the content of the cables, the outright absurdity of the Assange case and the attempt by major corporations and social networks to weaken Wikileaks. After all, Wikileaks only brought to the spotlight wars and politics we already knew of; it is certainly shocking to get a proof of war atrocities, but regrettably, no soldier has stopped their videogame mentality shooting since the leaks.

What interests me here is how these cases –from Napster to Wikileaks- have contributed to the coming of age of online communities into political groups, how hacking has become an everyday practice for a great number of people and how these changes are reflected onto certain artistic and cultural practices that can be found offline.

From Napster to the Pirate Bay, an immense quantity of copyrighted material has been cracked and converted in order to be accessed easily and freely by anybody. If you have illegaly downloaded a program, you have probably followed the simple instructions on the .txt file, telling you how to install it –an initiation on hacking. And you are most likely to have used a file converting program, in order to open or share a file.

In any online P2P file sharing community, users communicate and exchange views with one purpose: to share information.

When the Pirate Bay was convicted of copyright infringement in 2009, the hype brought to the Pirate Party –founded in Sweden in 2006 in order to support a new approach to issues concerning the Information Society- escalated to the Foundation of the Pirate Parties International, gaining rapidly support and electoral votes in many countries worldwide. The Pirate Party is not linked to any of the pre-existing left or right ideologies; it stands for reforming the laws regarding copyright and individual privacy, both on the Internet and daily life. Moreover, it proposes a more direct and transparent state administration, setting an example with the party’s structure and ideology, which is often shaped by online votes and forum posts by the members. So:

Is this the future of democracy or is this another utopia?

It might be too early to tell. For the time being, we can only make guesses on the consequences of this online battle, as we look into the aftermath of the Wikileaks case. As a reaction to the attack on Wikileaks and its founder, Julian Assange, Anonymous -a "cultural phenomenon that came from internet message boards" not related to Wikileaks or the Pirate Party- decided to unleash attacks onto some of the Wikileaks’ “opponents”, like MasterCard and PayPal. The “#OperationPayback”, as it was tagged in Twitter, mainly consisted of “DoS attacks” (generating such an amount of traffic to the target website, that the website gives a “denial of service” for a certain period of time).

It is safe to assume that the hacktivists are aware of the fact that this operation cannot constitute a major blow to a giant multinational; therefore, we could perceive the attacks from both sides as a “show-off of power”; as MasterCard or Paypal exhibit their power to weaken Wikileaks by denying service, the hackers exhibit their power to take down their websites.

What’s interesting here is how Anonymous used Social Networking sites, like Facebook or Twitter, in order to coordinate the attacks and to initiate a wider public into hacking. Anybody curious enough to click on the outbounding links could find easy step-by-step instructions on how to mask one’s IP address and subsequently participate in the DoS attack. At the same time, the participants were introduced into an online community with common goals regarding the protection of the freedom of the Internet:

A revolution where the manifesto was shared through social networks and the “weapons” were downloaded.

Of course, in order to be part of this revolution and to become one of the hackers, you had to be on the Internet.

However, hacking is no more limited within this realm; artists expand the limits of hacking into the real world, reaching different kinds of public that doesn’t necessarily have to be relevant to the Internet world and its ideals.

If we consider a hacker “as someone who is able to crack a code, "whether it is a technical, a social or mental code" and as “a "player" and a "warrior", that settles "like a parasite" in existing (image and) language games and brings noise with his/her interventions and thus potentially also brings new codes in circulation”[2], then we could find a lot of “hackers” in visual culture. From Duchamp’s ready-mades to Warhol’s Soup Cans, there are plenty of examples of Cultural Hacking, where a visual code related with one object is broken and transformed into another code -visual or literary.

Appropriation of images and intervention in existing spaces and relations are often present in contemporary art.  In the case of street art, we can find a rather striking resemblance of hacking outside the realms of the Internet: the laws against it, the growing interest of the public and the artists using appropriation and intervention to already existing forms -changing or transforming them. Even in the vocabulary of the street artists we can detect a somehow “militant” spirit: street artists “bomb” or “raid” a space, Shepard Fairey distributes his “propaganda” -appropriating well known images from popular culture or art history-, the Space Invader “invades” a city. Even more openly political, Banksy’s installation of an inflatable figure resembling a Guantanamo prisoner in Disneyland has a lot in common with the hacktivists’ practice of intervening on the content of a website. It is like hacking in a three dimensional space. Highlighting this form of hacking, the exhibition “Hacking the city”, curated by Sabine Maria Schmidt in Essen, presented interventions in the public space around the city that dealt with “strategies of Adbusting as well as Faking (or plagiarism), adding in and taking away (misappropriation), irritation and disruption, forms of Hacktivism, flash mob actions, re-enactments, performances, sculpture in public space, concealed investigations, hidden actions, events directed via internet or mobile phones. […] These strategies follow the logic of hackers: entering into other systems, finding their way around, and then introducing applications that change or expand that system’s limits and utility”[3]. Therefore, the term of hacking expands to include any kind of appropriation and use of a system, as well as subversive actions onto the public space and the internet.

Another exhibition entitled “Open_Source_Hack_Art”, hosted at the Museum of Contemporary Art in New York in 2002, presented artists affiliated with the Open Source movement and Hack Art. Among them, Knowbotic Research’s “Minds of Concern: Breaking News”, an artwork consisting of an installation and a web interface. Within the project website the visitor could pick among the websites of groups, movements and non-governmental associations and click on a name. This would trigger a set of network processes that investigate the security conditions of the website’s server, looking for security holes. The artwork was shut down within a few days for going against acceptable use policy.

The Pirate Bay in the Venice Biennale

On a far larger scale, in 2009 the Italian Police raided S.A.L.E., one of the collateral projects of the Venice Biennale, for presenting the Pirate Bay. The first ever Internet Pavilion, curated by Miltos Manetas, included the Pirate Bay among other artists and groups, creating thus a fertile platform for the cultivation of new ideas and practices about the Internet, culture and politics. The case of Manetas is particularly interesting here; apart from creating Internet art, his open support towards pro-Internet-freedom groups, as well as his visual works resonating the pirates’ logos (“Pirate Paintings”) and slogans (“I am gonna copy”) and his texts, like the Piracy Manifesto somehow summon all the previously mentioned topics regarding Internet freedom and the birth of a new political conscience.

This new political conscience calls for the adaptation of society, laws, art and individual mentality to the new conditions emerging from the widespread use of the Internet.

From music and film torrents to the utmost secrets of worldwide diplomacy, it seems like the fastest road to immersing oneself into culture and politics is hacking.