Valletta 2018: plotting a map of our time | KARSTEN XUEREB 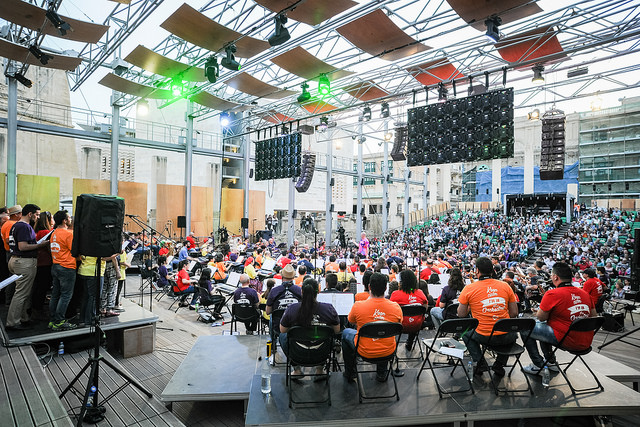 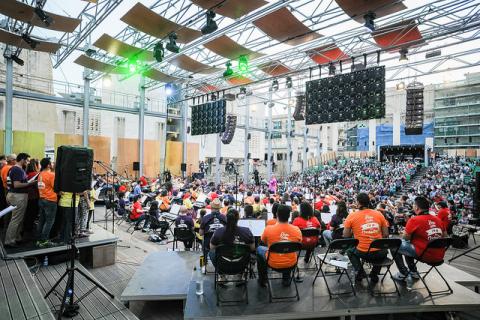 The aim of the first European Capital of Culture to be held in Malta is clear. Valletta 2018 wants to motivate people to set in motion a number of coordinated actions that are cultural in nature and able to reach across different references, associations and areas of interest. As envisaged by Melina Mercouri and Jack Lang in 1985, and further developed over the following thirty years up to today, such a title may bring to the fore several strands of social realities, including conflicts, within an urban space, with the resolve to celebrate people and their stories, and yet also to address tensions inherent to cities that are alive and in the process of regeneration.

On the other hand, there is one very important aspect of the preparations related to hosting a capital of culture that cities bearing the title try to avoid. As chronicled by Phlippe Urfalino in his insightful L'invention de la politique culturelle, et après? this is the disappointment that Lang, as Minister for Culture under French President Mitterand during the first half of the economically positive and culturally manifest 1980s, experienced at the end of his tenure. Following decades of financial incentives towards cultural policies encouraging Malraux’s expansionary vision of the democratisation of culture first, and a more bottom-up approach towards cultural democracy later, Lang was faced with very few statistics able to quantify and show any real effect on greater levels of access to culture and participation beyond the elites and traditional cultured classes. Years of following the belief that money spent on culture could lead to greater social benefit, including cohesion, seemed to be given the lie by crude, cruel research of what actually took place.

A similar critique is expressed by Robert Hewison in his critique of cultural policy in Britain under Tony Blair in Cultural Capital: The Rise and Fall of Creative Britain. Investment in culture purporting to bring social equality through participation seems to have led to meagre results in actually achieving significant change, while spectacle seemingly overtook sustainability in hindsight.

Brussels-based cultural operators and lobbyists as well as politicians and bureaucrats often describe the European Capital of Culture project as the EU’s most successful initiative in terms of longevity, clarity and attraction. In comparison to Byzantine procedures, top-heavy administrations and an unsettling sense of a threat to sovereignty and the comfort zone of nationalism, cities investing in bids and projects related to being a capital of culture seem innocuous fun at worst, optimistic and even economically beneficial at best.

However, this flagship project of the EU for more than three decades, which is half of the EU’s existence, is symptomatic of the larger union and the globalised world it operates in. Since the end of the 1980s following the fall of the Soviet Union, the capitalist principle of social organisation primed at economic gain seems to be the only model shaping the development of countries and the nature of the exchanges taking place between them. Predictions are that this will be so also in the future, in spite of Donald Trump’s apparent will to reconsider free trade in favour of greater protectionism. In the realm of culture, the economic argument, and validation of investment in the arts on the basis of the economic regeneration through the cultural and creative industries, seems to go unchallenged. This practice is still going strong, and somehow works well with the social argument described above in a kind of good cop-bad cop alignment. The economic value of culture may be assessed as the necessary evil one needs to exploit and reap the benefits from while balancing the softer benefits of culture, namely the aggregation of different communities with possible contrasting values and visions overcome by the promotion of intercultural dialogue and collaborative initiatives.

Valletta 2018 is not beyond all these contradictions. It is part of them, having inherited years of cultural practice we are not playing out in our small island. This island is also at the heart of the Mediterranean, encompassing European values and customs that are rooted in Arabic ways of thinking of family, friends and expressing oneself through a Semitic language written in Latin script. Therefore, its responsibility towards supporters and participants of the capital of culture project in Malta is a very challenging one. Valletta is trying to learnt from best practise while refraining from adopting models without the necessary analysis and adaptation to local realities which are multiple and complex.

One of the main challenges for Valletta is being a European Capital of Culture that draws strength from what are arguably opposite elements. These include the spectacularisation of culture to reach large numbers of people while engaging them in long-term actions that speak to them as well as allow their voices to be heard. As part of its regenerative aim, Valletta 2018 will encourage participants and audiences to hone their critical capabilities and assess what they see, experience and contribute toward the programme themselves with all their wits about them.

While this challenging scenario may sound like something Adorno would definitely bet against, it is worth evoking an interesting experiment underway at the Lago di Garda in northern Italy. Together with the natural environment on offer, the site is home to two very distinct public attractions. On the one hand is Il Vittoriale, a complex of museums developed by writer Gabriele d’Annunzio during the Fascist reign. On the other is Gardaland, the country’s most successful theme park and regularly in the top ten over the past decade. The management of each site is looking at establishing a collaboration whereby visitors are encouraged to visit one another in a kind of mutually beneficial exchange. The kitsch and overdone character of D’Annunzio’s creation, reflective of his own grandeur and expansive persona, seem to allow for a transition which is not too steep. However, one wonders whether any critical approach will be encouraged, or whether what Fred Licht has described as a ‘fascist lunapark’ will only add to the commodification and simplification of cultural experiences. While an increase in the number of visitors to Il Vittoriale would be promising, the quality of the visits, the approach one adopts and the experience one extracts would make for very enlightening analysis.