Shifts in perspective: The Impact of Virtual Reality Art on the Human Brain | CAITLIN BURKE 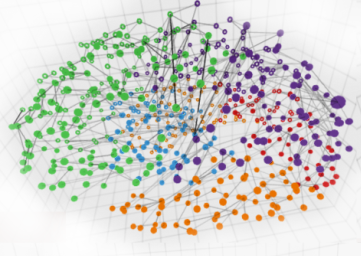 Many different influencers have been attributed over time as prompts for mental transformations. Religion, hallucinogens, and even exercise are frequently cited as causes for shifts in perspective. But while these influencers are enormously powerful, it is often something unassuming, omnipotent, and pervasive that is the reason for great change. Enter: art, the layman’s hallucinogenic drug. We are hard-pressed to find a friend or family member whose life has not been changed by a great piece of literature, music, theatre, painting, or performance. It is no debate that art has the power to transform, and with the emergence of a democratized digital art, it is difficult not to wonder at its impact on the human psyche. Despite being in its nascent period, virtual reality art, specially, poses an interesting addition to this genre. Immersive, overwhelming, and all-encompassing, VR art acts similarly to a seductive substance. And, as with any seductive substance, questions arise about what will happen to our minds and our mental health upon use. When considering virtual reality art, what is its impact on consciousness?

Unfortunately, consciousness and standards for mental health are difficult areas within which to measure change. They are both contestable and obscure terms. A debate over what it means to be conscious and what “the good life” is has raged for centuries between philosophers. Neurologists, in tandem with philosophers, continue this debate into the present day. While we may not have yet reached a clear answer, there are at least a few well-accepted concepts we use to help us determine our aliveness on a quotidian scale. For one, time can be observed in three phases: the past, the present, and the future. This fact, that today is different from yesterday as well as tomorrow, is an integral part of daily human function. It is why we feel anxiety, feel anticipation, have doubts, and garner hope. We are all the memories we hold and the dreams we wish to materialize. Likewise, the concept that we cannot simultaneously exist at two points in time plays an instrumental role in how we determine our consciousness. We carve out, like a sculpture chiseled from stone, what we are in contrast to our immediate environments. We are the matter that is not other systems of matter. Our lives are delicately linked to specific modern notions of space and time: a time that is quantifiable and a space that is physical. We sense and perceive this reality, and it is within this spatial-temporal synapse that we attempt to define consciousness.

In the history of art, consciousness is dealt with through conversations on the Sublime. In the 18th and 19th centuries, artists created emotive, dark, and expressive landscape paintings like scenes of a terrifying thunderstorm, endless clear sky, or monstrous wave in order to arouse sensations of awe, terror, and vastness. By presenting the uncontrollable and the infinite, these Sublime paintings have the effect of subsuming a viewer’s consciousness into that which is eternal. Like contemplating what occurred before the Big Bang, the Sublime demolishes our ideas of a past, present, and future, as well as our idea of finite physical space. As such, we ourselves become obsolete. Who are we in relation to the unknown? What is our cause for being here? The Sublime’s ability to alter our state of consciousness is summed up well by Immanuel Kant in his treatise The Critique of Judgment. Kant states:

The Beautiful in nature is connected with the form of the object, which consists in having boundaries. The Sublime, on the other hand, is to be found in a formless object, so far as in it or by occasion of it boundlessness is represented, and yet its totality is also present to thought[1].

Given that we define consciousness as the point of intersection between the variables “linear time” and “definite space,” the Sublime, in presenting unknowable versions of space and time, must have a significant impact on consciousness.

Indeed, the impact of experiencing the Sublime has been well documented and described, most often by artists and authors. As the character Fanny states in Jane Austen’s novel Mansfield Park:

When I look out on such a night as this, I feel as if there could be neither wickedness nor sorrow in the world; and there certainly would be less of both if the sublimity of Nature were more attended to, and people were carried more out of themselves by contemplating such a scene.

The Sublime acts as an experience that helps to remove oneself from our realities. We are taken out of autopilot and thrust into new territory. As such, it has a lasting impact on our lives because it is something unlike anything else we have faced. It stands out in memory, referred to as an event rather than a season or phase. This phenomenon is described well by Leo Tolstoy in Anna Karenina. He writes:

Yet that grief and this joy were alike outside all the ordinary conditions of life; they were loopholes, as it were, in that ordinary life through which there came glimpses of something sublime. And in the contemplation of this sublime something the soul was exalted to inconceivable heights of which it had before had no conception which reason lagged behind, unable to keep up with it.

Experiencing an event so different from anything else is not easily forgotten. The Sublime acts as a force that makes an imprint on our lives, like a stamp on a passport, as we move throughout time.

Thanks to modern science, we now also have quantifiable evidence to demonstrate this psychological effect. Neurologists such as Semir Zeki have researched, through fMRI imaging, what areas of the brain light up when a person views Sublime pieces of art. In his study, “A Neurobiological Enquiry into the Origins of Our Experience of the Sublime and Beautiful,” Zeki found that upon seeing a piece of Sublime art, specific areas of the brain both cortical and subcortical light up. The cortical areas of the brain are the inferior temporal cortex, the posterior hippocampus, and the inferior middle frontal gyri. The sub-cortical areas of the brain are the basal ganglia. Zeki also found that a brain of someone viewing an object of beauty reacts very differently than one viewing an object of the Sublime. Most notably, the caudate, the putamen, and the posterior hippocampus were more active in interactions with sublime objects than in interactions with beautiful objects[2]. As the Sublime relates specifically to a shift in consciousness, we can therefore argue that these brain areas must be linked to this type of transformation in consciousness as well.

Taking what we have learned of the Sublime, a study organized in 2014 by a group of UCLA neurophysists indicates that virtual reality wields a similar power in creating an impression on our consciousness. The study, published in the journal Nature Neuroscience, shows that the brain, when participating in a virtual reality environment, responds very differently than it does in real environments. Scientists placed rats in a virtual reality world and then in the real world in order to monitor if, at all, a difference would occur in their neural activity. They found that the neurons in a rat’s brain fire very differently in a virtual world than they do in a real world. In a virtual world, the neurons in the brain’s hippocampus seemed to fire at random, whereas in the real world, the neural activity of the hippocampus was much more systematic[3]. If we recall that Zeki also found strange activity in the posterior hippocampus, here we have our first link between the Sublime and virtual reality: the hippocampal region of the brain. The traditional purpose of this brain region gives us further evidence to support this claim. The hippocampus is known to be responsible for spatial memory. Cells known as “place cells” exist in this area of the brain, which help us to mark where we are in relation to a given surrounding. A widely accepted hypothesis, published in the 1978 book The Hippocampus as a Cognitive Map, posits that the hippocampus forms cognitive maps, or mental representations of the physical space we inhabit. What’s more, this task can be linked to the posterior hippocampus rather than the anterior hippocampus, connecting it once again to Zeki’s research[4]. If we review these facts holistically, it should be no surprise that an area of the brain associated with spatial mapping goes haywire in reaction to the Sublime. As stated previously, the Sublime ejects us from our traditional mental models into new, cosmic terrain. VR, in demonstrating similar results, thus serves as a viable threat for cognitive change.

Ishizu, Tomohiro, and Semir Zeki. “A Neurobiological Enquiry into the Origins of Our Experience of the Sublime and Beautiful.” Frontiers in Human Neuroscience 8 (2014): 891. PMC. Web. 19 June 2016.