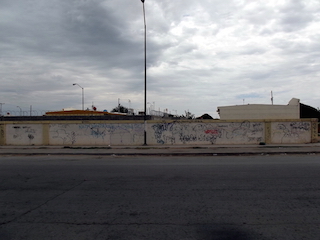 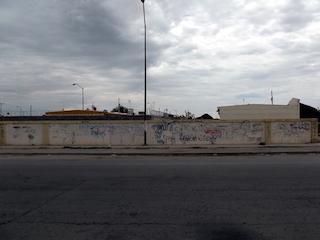 Finca Bonita is the name of a residential development build between the years of 2007 & 2008, one of its characteristics is the predominant use of color white. In the beginning the houses was painted in white color with stripes in different colors close to white, it could be mentioned that the owners of the houses was not allowed to paint their houses of another color. However the low vigilance and the violence in the city derive in the abandonment and detriment of a big amount of houses, so the great majority of walls has covered with tags of young’s nicknames. In this way, walk trough some of the streets in this place could generate a perception of insecurity or dirty.

At present graffiti or post-graffiti could have an important role in ambient perception, it means that the street art or urban graphic allows the habitants and artists create themselves aesthetics concepts and collective imaginaries.

I began a project in Finca Bonita as a schoolwork to the subject named Color Theory while I was studying a master degree called Maestría en Estudios y Procesos Creativos en Arte y Diseño. With the idea of bring color to the empty spaces I have been dedicated to paint walls in graffiti and mural styles by individual or collective ways.

The painted images have to see with a personal imaginary, the wall format use as a big canvas allows to develop collages of forms and urban typographies. However the use of color is what brings a positive acceptation of the project by the habitants who manifested be pleasing to see their houses painted with illustrations. Paint in the streets allows me to have a closed contact with people, interests is see how the child are the most enthusiast asking about the materials and techniques used, so about the process and images to paint, sometimes the children look for a chance to paint in a mural section.

As conclusion of this project is the interest of the neighbors in the urban graphic, even though mostly people doesn´t go to museums neither art galleries, look art in his environment allows then to analyze and generate collective imaginaries. The color in urban environment creates positive ambient perception to the neighbors even in an abandonment state places.

José Fausto Mota Mata A.K.A Ciencia One had a master degree in study and creative process in art and design, is egressed from the Universidad Autonoma de Ciudad Juárez. Influenced by the American graffiti and the Mexican muralismo at the present works painting walls in diverse zones of Ciudad Juárez, México. Also participates in the diffusion of the street art in Ciudad Juárez throught the editorial design of a fanzine called Juaritoz Graffiti[1] and as coordinator of the collaborative participation project of a assemblage magazine called Juaritoz Ensamble.