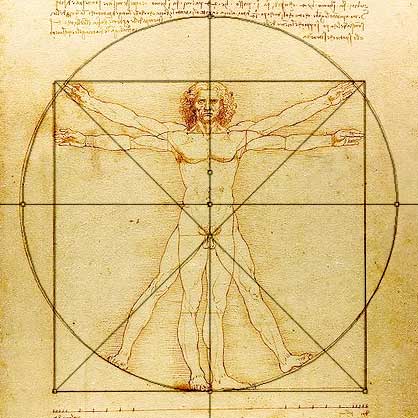 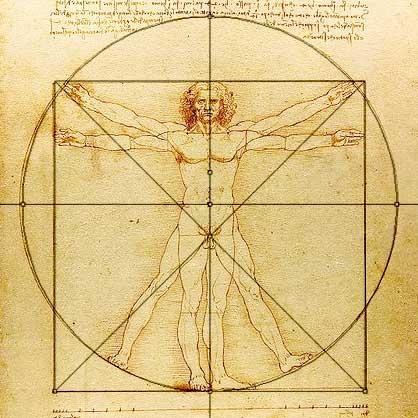 In the past we watched Television, now They watch disappearance of us!

Disappearance of social body, together with the death of TV and 35 mm tape as analogue body document is witnessing today our brad new death on contemporary networked display society; death of image subject, death of stripe in factories labours, death of Tito’s Pioneers, (last generation of Pioneers born 1982, a generation who never has experienced the Socialist future). Only what was left from the past was 35mm body presentation which from now lives in between transition on digital capitalist mode of representation or lies stored in deep tombs of arkheion.

Films, or any kind of document recorded on 35mm, so called small format camera are taking place as appropriate material of past cultural memory, or as manual labour which is dead because they/35mm become big Data colonized space. But in this contemporaneity images are post – produced and represent in fabric optics appearing to us just as signal of some noise, as fast temporal signals or glimpse of ours bodies activities appearing and disappearing in frequencies; these signals are already dead in their potentiality to become. Celluloid dreams are over, burned in the war within people, haptic reality is deprived by digital one and now Cinema eye is converted into Crap eye, our presence is fragment on previous images, so to say on layer without any presence. Here is not word about aesthetics or quality of material but the question of temporal notion of death. Today death is managed by happening in millisecond 3-bar target[1] field spatial target graving the body in new perfect drone Vitruvian code.

We are not recording reality anymore we are targeting it, making algorithms of some new past-post representations of death and disappearance. Notion, shooting image is hyper-real to our life reality in which we make our body or identity through the algorithm of target, out of society of big Data, some beings that rise from their own death become me/she/he/it beings that can make new inferences that we cannot.[2]

Entire documentations from war in Bosnia and before dissolution of Yugoslavia were recorded in analogue stripe material on popular VHS cassettes and TV networks. As it is very known by case at beginnings of 1990 Bosnia war starts with television broadcasting called ‘Live War’ program [3], hence VHS (analogue recorder) tape were main material for recording that reality and history of time which starts from dissolution of Republic of Yugoslavia ended with brutal war in Bosnia; one could say that Yugoslavia dissolution and beginning of the war started and ended up in Bosnia on the TV screen. Before the war culminated in Bosnia, dissolution of Yugoslavia had been prophetically recorded in TV broadcasting comic serial called ‘Top lista nadrealista’ (‘Surrealists' Top Chart’) also known as ‘Nadrealisti’ and it was a sketch comedy and variety television show on TV Sarajevo in three separate instalments from 1984 until 1991. Disintegration of Yugoslavia, the sad fate of TV and the whole society events that followed after were already predicted by Nadrealisti show. According to Wendy Chun “the triumph of the free world, the free market, and free circulation of information; threats to freedom from abroad, and the U.S. mission to spread democracy and freedom. All these events have also been linked to technology and networks: Eastern Europe’s collapse has been attributed to computer technology and broadcast satellite television (…)” [4]

In analogy with TV reality of society, scenes from Harun Farocki and Andrei Ujicǎ’s ‘Videograms of Revolution’ 1992 show us how picture was catalysts for Romanian revolution, but also, this revolution has similarity with Bosnian War: live on air TV broadcasting from building Sarajevo television station. At that time both presidents were arrested but with a different life destiny: the then president of Bosnia in war time Alija Izetbegović was deliberated just because he accidentally got indirect telephone line with the TV station in live ‘Dnevnik’ program, and Romanian president Ceauşescu was killed and at the end of Videograms of a Revolution, a TV news report shows him and his wife apparently being told that they have been sentenced to death. Then the last videogram of Ceauşescu shows his corpse.

1992’s Videograms of a Revolution

What we are doing with images after war, death of television and mass media society? Where does image lives in post-war-network-society culture and how aesthetic technology is connected with mediation - transmitting and recording of social and political image is question of image-visually-media today. As technology is changing the face of time, war is also changing our visual understanding of politics as deeply layer of social reality, e.g. we can talk about path from Electronic war to post-Net-Web war or soft-war-ing war and death. When reality of masses is dead, when images do not carry their existence to the fact, then, that place is taken by multimedia masses, or people/images as a data and passwords. The traditional strong link between the identity of a subject and its medium becomes broken. WWW becomes acronym for person-identity in social and political battle or con in war. URL (Uniform Resource Identifier) uses personification for personal combatant on site with open source war politics, which means that face of war did not really changed through wthe smart weapons and guns, but through the smart western Interface. [6]

To make it clear, extensions of software are dissolving the picture from political contents, because identity in wired environment is not fixed, it leaks from one to another, there is no human responsibility for war, or acts in today’s war. Technology is moving much faster than social change, body of image in contemporary visually is not accessible to sense, and we can say that we crossed from image pattern to filtered image-data. And so, where is today political addresser and to whom addresses? As alternative for this people without face and voice has to be constructed special platform as Twitter and Facebook (if they do not face in reality they can have it in temporal reality) in some container of metadata-faces. How to think about any image or of art that is not connected with military software, internalized into society? IBM already created a hypothetical scenario, bringing together several data sources to match against a fictional list of passport-carrying refugees. Today we can ask ourselves who comes first, person or data of person? Amplitude of time is reconstruction of the imagery historically divided in sequence on technological time - command as Past/Post or Copy-Paste command. We are forever in the process of becoming, and never in the state of being. Visuality as social data- image can be taken as preprogramed interval of time. Because of this essence of having history it was possible to have video document as a Videogram or Lived-war video Dnevnik from Bosnia as important part of visual chronology. But, where and what is now chronology of time? Our sense for history does not exist anymore, we do not manage our time any more, neither by image neither by information, everything is preprogramed and readability is short lived feature. The border of body is realised with border of cutting the social frames as such, and they are just temporal being and they keep restoring themselves as apps button. In hypermedia the elements and the structure are separate from each other. The structure of hyperlinks - typically a branching tree - can be specified independently from the contents of a document. [7] In a state of affections reality, only meta-images creates time and space of identity, there is no emotion, haptic reality, every scale of life is determinate by aliasing signal system.

[1] (…) explain the concept of MTF, it is easier to start with the idea of a 3-bar target. Most optical engineers are familiar with using a 3-bar target to evaluate how well a lens can resolve fine detail. Since "fine" is an ambiguous word, we specify the target size in lines+spaces per mm. Since "resolve" is also ambiguous, we specify resolution in percent contrast. http://www.wellsresearch.com/library/tests/mtf.php

[2] Marketing analytics team at shop-Target correctly inferred based on purchasing data that one of its customers based on an arcane formula involving elevated rates of buying article, living in a world where Google, and Facebook, and phone, and even Target know more about one than one about oneself. http://www.slate.com/blogs/how_not_to_be_wrong/2014/06/09/big_data_what_s_even_creepier_than_target_guessing_that_you_re_pregnant.html

[3] (The War: Live on air: war-time TV news) These recorded material; Dnevnik-(News)-BiH during the war was shot in the private arrangement. TV - News are recorded on VHS but due to lack of materials in war, several News broadcasting had been recorded just on one cassette.