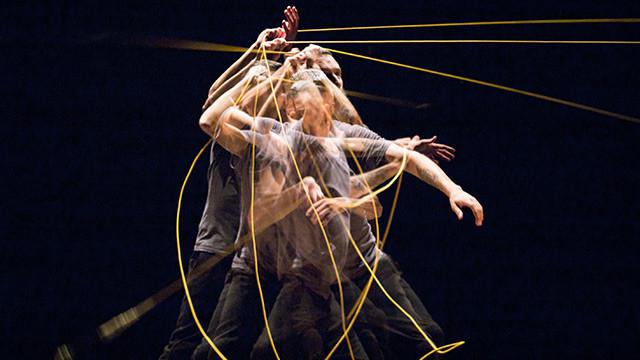 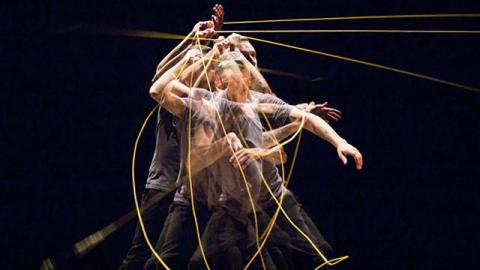 To write about an event is to evoke the tensions between body and writing. To write about dance changes the event itself. However, it is not the case of refusing to write about dance just because of its uncontrollable transformation, nor its supposed ephemeral appearance. It is precisely the perception of mutability that allows a new approach to the relationship between dance and writing, describes Peggy Phelan (2006).

This is a question that Jean-Jacques Noverre (1727-1810) had already warned us in Lettres sur la danse, as André Lepecki points in his essay Inscribing Dancing (2004). In criticizing the graphical notation system of two French choreographers - Thoinot Arbeau (1519-1595), author of Orchésographie, a treatise on social dances in Renaissance, and Raoul Feuillet (1653 - 1709), author of Chorégraphie, ou l'art de d'écrire la danse - Noverre opens the prospect of questioning the presence of the body, the presence that escapes writing and the a priori coding of motion. What Noverre brings forth is the disruption of the imposed historical symmetry between word and movement, in other words, the choreography seen literally as a writing of motion, even before the dancer enters the stage. The presence of the body cannot be seen anymore separately from its disappearance.

The theme of the round table "Biographical Research in Dance", in the International Festival Múltipla Dança, in Florianópolis, was focused on the problem of writing and presence. I will outline here some impressions of a meeting between the Uruguayan director and dancer living in Brazil, Alejandro Ahmed, and the Brazilian dancers Denise Stutz and Lilian Vilela, that took place on May 20, 2014, at the Auditorium Center Sports, at the Federal University of Santa Catarina, Brazil.

The idea of biography at this meeting was understood as a writing of the self and the other, that provokes modular memories in not fixed identities. This does not guarantee survival, but it turns the artist to bio-geo-political alliances that include the place where we live and to where inexorably we always return. Alejandro Ahmed raises a question: "What does it mean to dance in Florianópolis, a small town in south of Brazil”?

For Ahmed, the director of the Cena 11 Dance Company, biography in dance is like a "trace", a kind of "non-narrative genealogy." This is what Ahmed appointed at that meeting as a "genealogy of the experience" of the body in time and space. A diving that intensifies time, aging, and entropy, as well as the long white beard of the dancer Anderson João Gonçalves1. Biography understood as a "map of traces that brings a disorder of not belonging," adds Ahmed. The genealogy in Foucault's terms differs from traditional history and the search for the source, it reveals processes of subjectivity of a subject that is not unitary, branding the uniqueness of an event. I quote the some words of Foucault (2001) on files and memories: rough and tumble parchment, scratched and rewritten several times.

The work Sobre expectativas e promessas [On expectations and promises], performed by Ahmed in Múltipla Dança, demonstrated his notion of an embodied biography and history. His body flows as a stream of discontinuities, and the resonances of his past reappear constantly processed in real time in a non-narrative way.

The notion of undecidability between presence and absence is quite important to understand the performance of Ahmed. The undecidability can be understood as a form of resistance to the criteria of truth or validation of critical judgment. Following the philosopher Jacques Derrida, the signifier does not exist; it is hardly a trace that is open to other signifiers, which in turn are traces, and so on.

A trace is not an essentialist presence but it belongs to the network of meaning, moving, deleting and re-emergening in a becoming. In this sense, presence is automatically updated according to a new present, a drain through which the past is hardly updated in the light of another present that was not, and a provisionalfuture in becoming. The actual body in dance is not necessarily perceived as a movement, but as time and duration.

"My story is in my body, certain things remained as potency." Through this performative speech Denise Stutz translated her own experiences in important collectives on Brazilian dance and theater scene as Grupo Corpo, Lia Rodrigues Companhia de Danças, and Coletivo Improviso, direct by Enrique Diaz, among many other immersions.

Stutz talked at the roundtable "Biographical Research in Dance" about her dance experiences as an “exercise to open the body and its power to invent and re-exist”. The invention (Invenire, that means to find relics and archaeological remains) is not sudden enlightenment, immediacy nor spontaneity. According to Virginia Kastrup(2008) invention implies duration, work remains, touching and experimentation. Is borne through memory. Unlike creativity, invention does not solve problems, but invents them. It involves the experience of questioning. Is this not what is expected of all dances?

The action strategies developed by Denise Stutz and Alejandro Ahmed remain open to the world, which allows them to explore unknown situations. Stutz suggests: “presence is the ‘mystery’ that allows this availability to the unknown”. “An availability that happens in a present time, an event being unveiled in a given situation”, adds Ahmed. Presence that is not to be deployed or eternalized.

The Brazilian researcher Lilian Vilela marked a beautiful journey through these tensions between body andwriting. She made the archive-body of Denise Stutz more visible in a book about the memory and the biography of the Brazilian artist. Uma vida em dança. Movimentos e percursos de Denise Stutz [A life in dance: movements and course of Denise Stutz] (São Paulo: Annablume, 2013) reveals a poetic journey of transformation within the dance of Denise Stutz , from the 1970s to the present day. Let's think of writing as experience, above all.

1 Anderson João Gonçalves (Curitiba,1964 -Florianópolis, 2010) was a dancer, choreographer and costume designer. He was one of the founders of Cena11. According to Alejandro Ahmed, when he exposed his long white beard on the scene, he brought on Cena 11 issues about time and ageing in dance.

LEPECKI, André (Org.) Of the presence of the body. Essays on dance and Performance Theory. Middlentown: Wesleyan University Press, 2004.