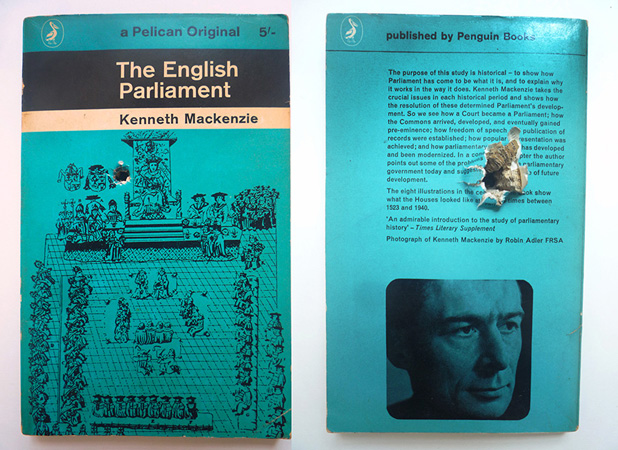 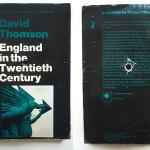 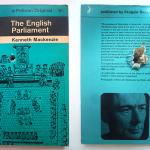 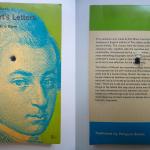 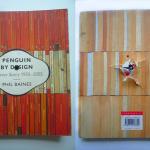 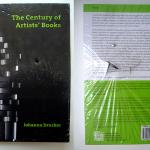 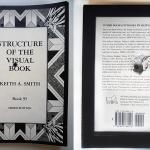 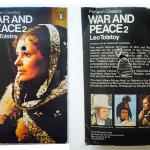 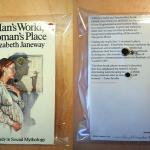 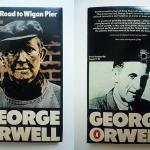 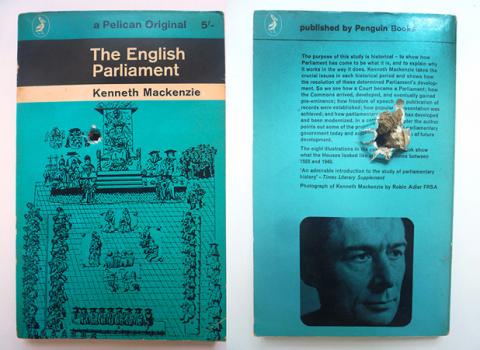 Christina Mitrentse (born 1977, Greece) began her Wounded Book series as a response to her contribution to the Inventory of Al-Mutanabbi Street project, organised by Beau Beausoleil in 2010, to reflect on the damage to humanity and the loss of material knowledge caused by the car bombing in Baghdad’s booksellers’ street on 5 March 2007. Being an artist who works in series, unsurprisingly this one has continued to grow, and it has since been added to Mitrentse’s own ongoing project initiative, Add To My Library, vol. III.

Selecting from the Penguin Classics library, Mitrentse chooses books which are either literature, whose content she deems to have failed for various reasons, or visual art books, which she has found inspiring. She then takes these books to the Rifle and Pistol Club at Imperial College Union, London, where, under licensed conditions, she shoots them, one by one, with a rifle. The resulting “wounded” book is then displayed, sealed in plastic, with both its front (with a neat site of penetration) and back (with a larger, rippled, raised and ruptured exit site) cover visible.

Mitrentse speaks of her “performative act” (which she describes as “absolutely not vandalism”, rather a “strange kind of homage”) as “explor[ing] the possibilities opened up by conceptualist approaches to writing and performative approaches to reading within contemporary society and the subjection to the advanced capitalism in which it exists.” She further suggests that it is “an intellectual statement on the relationship of Information as Material.” Nevertheless, she also wishes to leave “as much space as possible […] open for interpretation”, since “selecting, destroying and sharing the re-appropriated product, generates new interesting meanings, and in doing so, disrupts the existing order of things, challenging readers’ desire for a single channel of explanation.”[i] Indeed, the series is rich with potential meaning and metaphors, and, in this short essay, I shall explore just one possible reading: seeing the wounds as stigmata and the book as the body of Christ.

Looking at the broken surface, the perforated skin of the books, the tears where they have strained against applied force, these exit wounds could just as easily have been caused by nails, holding the weight of a martyr’s body to a cross. The book, then, might be seen as mortal flesh, suffering and dying at the hands of humankind. And, indeed, it is precisely so, in the burgeoning of the digital age, where printed matter is losing its place of former glory as information technology and the dematerialisation of knowledge takes a hold.

I do not want to assume, however, that the book, as the body of Christ, is necessarily masculine. Throughout medieval times, representations of Christ – and the godhead itself – as feminine were common, particularly in the writings of the 12th century monastics, Bernard of Clairvaux and Hildegard of Bingen, and the 14th century theologian, Julian of Norwich. With an implicit shift in theological emphasis from the model of atonement-resurrection and last judgment to that of creation and incarnation, a feminine representation of Christ was more able to emphasise his humanity.[ii] Indeed, according to medieval physiological theory, itself largely based on Aristotle’s classical medical theories, the body was seen as female (with the mother providing the matter of the foetus) and the spirit was seen as male.[iii] Here, then, the book might be seen as the female mother and bodily flesh, and the bullet, which penetrates, as male, and as the carrier of the spirit or content and ideas.

The notion of Christ as mother is also not new. Feminist scholar, Caroline Bynum, has written much on the subject, bringing forward plentiful examples of medieval religious art to support her arguments.[iv] She sees his bleeding as a form of lactation, providing sustenance for others. Here, I suggest, the bullet holes, rather than being equated with nipples, be equated with the vagina, and thus the whole wounding process becomes a metaphor for birth, or incarnation, with the bullet as both the seed and the offspring. The rifle is the phallus which penetrates the book, which, in turn, gives birth to the bullet, a small capsule representative of the knowledge being transmitted. In a cyclical vision of entropy, knowledge and ideas are never lost. They live on in a continual cycle of transmission, suppression and reincarnation. The body or flesh is insignificant and short-lived; the ideas, which may suffer attack and modification in each “lifetime”, are, on the other hand, eternally passed on.

The books, in Mitrentse’s series, are thus emblems of martyrdom; signifiers of the death of a medium or an incarnate form. Their contents, although damaged, are never lost. The bullet, which penetrates and harms them, attempting to destroy them, necessarily absorbs their content and brings it full circle into a new birth, a reincarnation, in whatever form that might be. The wounds remain – stigmata – a salient reminder of the power of knowledge and our futile attempts to curb its dissemination.