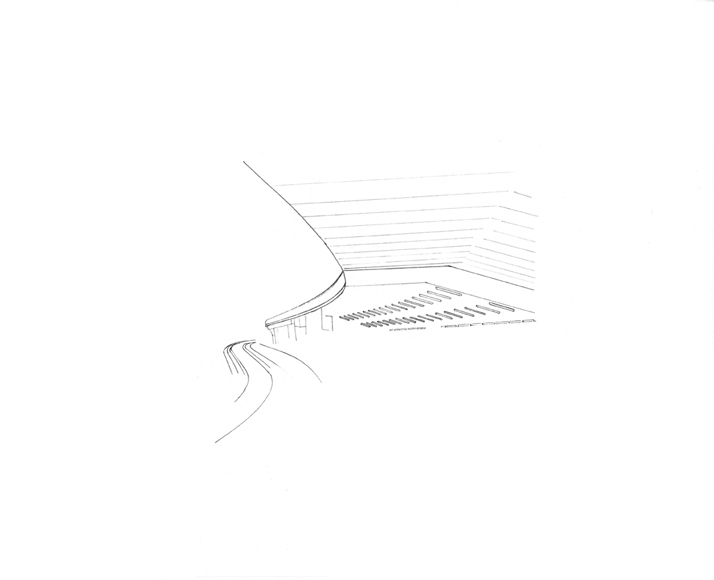 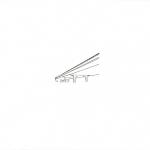 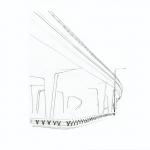 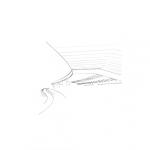 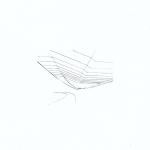 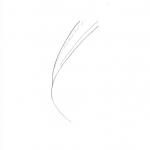 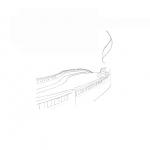 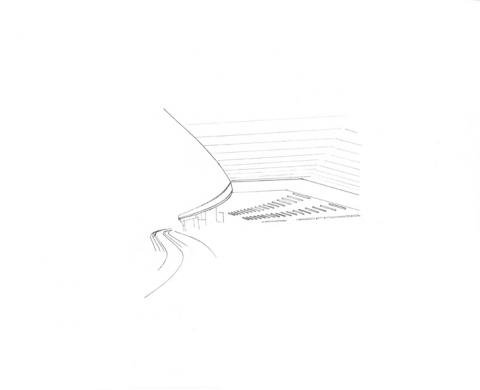 Looking up at the Westway[i] in London as it spans above my head, I find myself viewing it as a monument from a former time[ii], a time that promised an ambitious, permanent solution to fast auto-mobility, fuelled by cheap, limitless energy.

Building motorways in Britain in the 1950’s has been likened to the building of the railways, 150 years previously.[iii] People really did believe these roads were going to solve Britain’s transport problems. It was the beginning of a new era - ‘a glimpse into the future… a time of great optimism’.[iv]

The impact of motorways has been felt far beyond the boundaries of the network. The pace of fast roads has influenced transport policy, firstly encouraging trains to match the speed, and then reducing the capacity of the railways to focus funding on the creation of thousands of miles of motorway.[v] Motorways have also shaped our social and cultural systems with the advent of out of town shopping malls, industrial parks, and enabled the ‘just in time’ deliveries that keep our supermarket shelves stacked with freshly picked lettuce leaves.

In a time of supermodernity, Augé sees monuments as being markers of place.[vi] Yet he considers motorways to be non-places.

…non-places are the real measure of our time; one that could be quantified… by totaling all the air, rail and motorway routes, the mobile cabins called ‘means of transport’… the airports and railway stations, hotel chains, leisure parks, large retail outlets...[vii]

According to Augé, non-places encourage us to act in an isolated way: the experience of shopping in a supermarket (non-place) as opposed to your local greengrocers (place) with the possibility of an exchange with the shopkeeper or a neighbour. Motorways certainly encourage the driver to travel within the bubble of the car, speeding past the landscape as opposed to travelling through it.

Baudrillard recognises the effect of speed and its distancing effect on our relationship with the world:

The effect of speed’s integration of space-time is to reduce the world to two dimensionality, to an image, stripping away its relief and its historicity and in a way, ushering one into a state of sublime immobility and contemplation.[viii]

The alienation between the fast road user and the local population is something especially felt when motorways are placed within cities. On the surface it makes sense to separate fast and slow traffic and to keep high-speed vehicles away from pedestrians. It is with these goals in mind, and to ensure destinations were reached at speed, that the Road Lobby began to push for the building of urban motorways in 1955.[ix] By 1960, the then Minister of Transport Ernest Marples, added his weight to the campaign, stating:

We have to face the fact, whether we like it or not, that the way we have built our towns is entirely the wrong way for motor traffic. We want an entirely different type of town.[x]

But did we really want ‘that type of town’? Yes, it looks beautiful in a drawing, but as Augé states:

The new towns produced by technist and voluntarist urbanization projects… have often been criticized for failing to offer ‘places for living’ equivalent to those produced by an older, slower history, where individual itineraries can intersect and mingle.[xi]

Writing in 1995, Augé has the benefit of hindsight, but the general public soon began to question the desirability of urban motorways.

A series of ring roads for London was proposed as early as 1938[xii]. For reasons of cost and shifts in government in London, it wasn’t until 1970 that these plans were proposed to be realised, a proposal which included an inner ‘motorway box’ and the demolition of 20,000 houses. The Greater London Council anticipated 2,500 objections to this plan. It received 22,000.[xiii]

This mass of objections represents a shift in public opinion, a public not willing to endure the local impact of large fast roads for the opportunity to travel at speed.

The isolation caused by urban motorways is something exploited by J G Ballard in his novel, Concrete Island (1974). The book centres on Maitland, a 35 year old architect, who loses control of his car and crashes into an island of wasteland, bounded on all sides by motorway at an interchange of the Westway.

His car is damaged and so is he. His attempts to escape the island are thwarted by his physical and mental state and the reality of the road system that surrounds him. Cars and airline coaches race past. When Maitland scrambles back to the hard shoulder, the drivers of vehicles exiting a tunnel into bright light either fail to see him, or are travelling to fast to stop. Maitland soon discovers there are two other people inhabiting the island and has to establish his place within this social structure in order to survive, and ultimately escape.

The close proximity of Maitland to his everyday life (his office is within spitting distance, his wife passes in her distinctive car) creates a tension that would not be present in a non-urban setting. He cannot reach out to make contact, despite being so desperately close.

Within the book, there is a constant dialogue between the fixed, bright, modernist concrete structures of the road system, and the wild, untamed nature of the island and its inhabitants. The island is an in-between place, a wasteland created by road planning. Not designed, it is a consequence of other priorities.

Maitland felt himself alone on an alien planet abandoned by its inhabitants, a race of motorway builders who had long since vanished but had bequeathed to him this concrete wilderness.[xiv]

Here, Ballard picks up on the shift of the general public’s view of motorways, from largely positive for the first 1000 miles, to a negative position.[xv] The public began to have a ‘widespread distrust of ‘the planners’ people who professed to know best’[xvi] and to question the motives of the Road Lobby, a group described not particularly favourably as being:

Only in the past 100 years, have cars become our primary mode of auto-mobility.[xviii] The need for fast roads derives from our relationship with the car and the systems that support the production and running of it. Baudrillard, writing in 1968 states:

The car epitomises the object, perfectly illustrating every trait we have described: the rendering abstract of any practical goal in the interests of speed and prestige.[xix]

Baudrillard is interested in how people relate to objects and the resulting systems of behaviour.[xx] He emphasises the influence technology has on culture:

Each of our practical objects is related to one or more structural elements, but at the same time they are all in perpetual flight from technical structure towards their secondary meanings, from the technical system towards a cultural system.[xxi]

Baudrillard is also clear that we will never be satisfied in our consumption of objects.[xxii]

Cars, and travelling along the motorway system has become part of everyday life. Within Concrete Island, the passing of traffic is a constant. It is both reassuring (if Maitland can hear it, he is still alive) but also acts as a calendar and clock. The rhythm of the traffic, the weekday rush hours and weekend patterns provide a connection with life outside the island, a link to normality.[xxiii]

Ballard presents the motorway as metaphor for modern life: a system that enables people to travel too fast, to overlook the gaps and not interact on a personal level with each other. The motorway, contrasted against the wilderness of the island echoes Augé’s description of anthropological place and non-place:

‘Anthropological place’ is formed by individual identities, through complicities of language, local references, the un-formulated rules of living know how; non-place creates the shared identity of passengers, customers, or Sunday drivers.[xxiv]

The view of the road as a non-place is challenged in ‘World Beyond the Windshield’ when it rejects ‘the disdainful view that they are a “nonplace” [sic] somehow outside of architecture and culture’.[xxv]  An essay in this publication by Rudy J Koshar suggests that ‘roads acquire meaning through social usage’,[xxvi] something which can be illustrated by the use of the M25 by thousands of young people in the late 1980s to travel to free parties. This use of the M25 influenced the name of the well-known band ‘Orbital’.[xxvii]

This example also counters Augé’s statement that ‘The non-place is the opposite of utopia: it exists and it does not contain any organic society’.[xxviii] However, Augé also acknowledges that it is hard to find pure examples of either place or non-place.[xxix]

Accepting that the motorway is primarily a non-space, as I leave, I turn and look back at the Westway. It is still offering me an escape to somewhere, captured by Ballard in Concrete Island:

The sodium lights shone down on the high span of the overpass, rising into the air like some disused back entrance to the sky.[xxx]

I am drawn to the form of the Westway and the utopian ideas invested in it, not the traffic on it. I want to view it as an antique, as Baudrillard describes:

The antique object no longer has any practical application, its role being merely to signify… it has a very specific function within the system, namely the signifying of time.[xxxi]

The Westway is a conduit for the motorcar, but not liberation. It is also not an object, but part of a system created by objects. As it snakes through the city, it represents the failure of an ideology translated in concrete. As Baudrillard explained, on deciding to operate solely in the realm of theory:

I chose this freedom… This problem is much more complicated for people like architects, pragmatists, who do real things.[xxxii]

I walk back to the tube, blip my oystercard and think about the proposals for HS2, a new airport for London and Crossrail and wonder if these will offer long-term solutions to the strains of mobility in the capital. Whilst they promote collective travel, could it be more radical to question our ongoing need for more people to travel ever further and ever faster, to, from, and around London, especially in these hyper-connected times? As a society, our consumption of travel, much like our consumption of objects, may never be satisfied.

[i] The Westway was built as part of the A40(M) between 1964-1970. It is a motorway in everything but name, as it lost its motorway status in 2000 when responsibility for it was shifted from the Highways Agency to the Greater London Authority.

[ii] ‘The monument, as the Latin etymology of the word indicates, is an attempt at the tangible expression of permanence, or at the very least, duration.’ M Augé, non-place: introduction to an anthropology of supermodernity, translated by John Howe, Verso, London, 1995, p.60

[xv] The Secret Life of the Motorway, part 1: Falling in Love

[xxiii] ‘Seventy yards away the traffic moved along the motorway, carrying people to their family lunches’ J G Ballard, p.99

[xxvii] ‘Named after Greater London's own circular autobahn, the M25 -central to the early Rave scene and party network in the South East during the halcyon 'daze' of Acid House’ - Orbital are manned by brothers Phil (b. 09 Jan 64) and Paul Hartnoll (b. 19 May 68)’ from the official Orbital website, viewed 20 April 2013, http://www.loopz.co.uk/info.html

[xxix] ‘We should add that the same thing apply to the non-place as to the place. It never exists in pure form’ M Augé, p.78-9

All images are courtesy of the artist