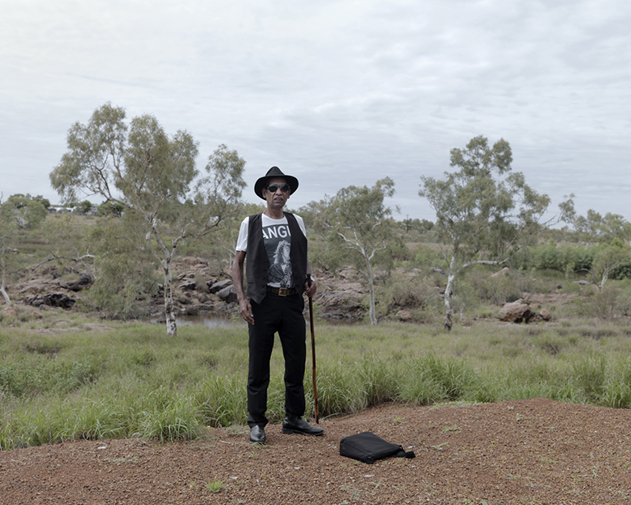 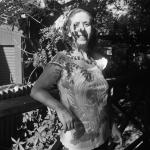 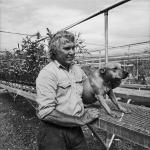 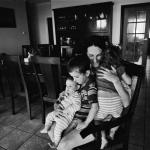 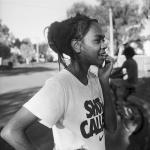 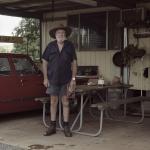 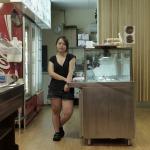 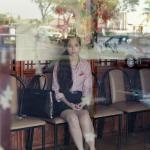 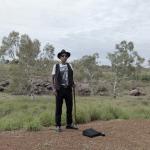 There was a sense of trepidation preceding a creative development trip to Australia’s remote Pilbara with some of India’s finest photographers, Ketaki Sheth and Bharat Sikka. My experience as a Curator working with the photographers illuminated the complexities of inter-cultural exchanges, but also the unexpected outcomes that can emerge. The journey was a component of The Pilbara Project, an initiative of not for profit cultural organization FORM, which seeks to expand and broaden the way the Pilbara is imagined over a series of creative development trips which are then curated into an exhibition. It was the first trip to Australia for the photographers, and the journey to create work in response to an unknown place inspired both excitement and fear.

There is little that can prepare you for the Pilbara’s environmental conditions with its harsh light, red dust and rugged wilderness this north –western region expands across 500,000 square kilometers, but is only occupied by 50,000 people. In the arcing dome of the Pilbara, boundaries between the sky and earth are blurred; straight lines are replaced with wayward curves. It’s a place without the familiar markers and signposts commonly used to navigate the world. It can be disorienting, yet it also invites freedom and contemplation. In the Pilbara we have a chance of hearing our deepest thoughts, yet we can also be consumed by the expansiveness of the environment. In a place where human endeavor appears diminutive against the backdrop of the Pilbara’s timelessness, we are faced with our own mortality.

Whilst inter-net search engines can provide an impression of place, image making around the Pilbara has often taken the form of travelogues capturing landscape and industry through an exoticizing tourist lens, whilst the colonial gaze surveyed the Pilbara as a wild space to conquer; a place where explorers vanished and settlers died of loneliness, embellishing the British political myth of terra nullius. [1] Due to its remoteness, the Pilbara remains cloaked in mystery. For the photographers traveling across borders and seas, from the megalopolis cities of Mumbai and Delhi where they live and work, the challenging physical conditions of the Pilbara was heightened by the pressure of producing a body of work in this strange and new context.

The trip through the Pilbara towns of Roebourne, Port Hedland and Marble Bar, involved an evolving process of interaction and response through encounter, exposure and engagement. Whilst there were unexpected shifts in creative direction, the photographer Bharat Sikka had already made decisions about how he was to photograph the Pilbara. ‘I didn’t want to reduce the enormity of the region and its varied facets to just a beautiful picture postcard of the landscape. I like to build a relationship through the pictures with the people who inhabit that space,’ explains Bharat.

Each of Bharat’s picture, whether a portrait, landscape or domestic interior creates an individual context, a fragmentary clue to make sense of this place, but which inspires curiosity rather than satisfying it. In these dreamy and rambling images, classical narratives are dissolved in favour of shifting visual and physical scenes, conveying vague feelings, moods and ideas. Through endlessly deferred explanations, these ambiguous images force questions, they invite stories; the viewer must bring their own meaning to the Pilbara. The project is an act of looking for this essence, yet it remains elusive. The Pilbara is a place we cannot fully comprehend or know completely. It’s open, incomplete and endless.

Bharat’s mastery in the use of framing devices makes his photographs intriguing. Doors and arches force the viewer to go beyond physical and psychological impediments to look deeper beneath the surface and transcend what exists. Windows are a common motif throughout the series. They evoke tension, their transparency allows us to see into a private space but they also imply impenetrability, suggesting that under the image is another reality that remains mysterious. These provocative tensions establish a constant dialogue between inner/outer, interior/ exterior, eliciting an atmosphere of depth and intrigue. Rather than concentrating on sublime or monumental qualities, Bharat sees that the landscape too has its own interior world, one that is indecipherable, always shifting, changing and reconfiguring.

Ketaki Sheth who has had a distinguished career spanning over 25 years, experienced initial uncertainty about how to navigate the process of constant travel, and shifting sites. The journey into unknown territory placed her in a position of vulnerability. Yet, as Ketaki explains the experience of being pushed out of her comfort zone catalyzed a period of growth, forcing her to question aspects of her own creative practice. ’The experience was an eye opener, possibly a turning point in my career. I love conventional black and white photography; it is what I have done all my working life, the mystery of the wait, the magic of a darkroom and the feel of a silver gelatin print are all heady moments. Yet, for the first time, in the heart of the Pilbara, I felt the urge for colour and the digital precision,’ she says.

The photographers also had to trust us as their guides to literally navigate them through the journey. As the project developed I became aware of how my role had expanded beyond a facilitator. I have lived in the region, and as an insider, my view and way of experiencing the culture, landscape and identity of the Pilbara informed perceptions of place as I led the photographers to particular subjects. At the same time, connections to community proved invaluable to the photographers, who were strangers, yet welcomed in to people’s homes to make portraits. This knowledge of the multiplicity of histories and people living in the region ensured that linguistically, and culturally diverse residents and Aboriginal people, who are often marginalized, were included in the representation of Pilbara community, expanding commonly held perceptions of outback identity.

The subjects who nominated and agreed to be photographed made a choice to be involved in the project illustrating the participatory process occurring between photographer and community. Devika Daulet Singh, Director Photoink, New Delhi writes about how Ketaki’s black and white Pilbara portraits reveal the nuances of each individual personality. ‘Ketaki fills the frame by going in close, waiting for that moment when her gaze is returned with equanimity. In some portraits, while the gaze of the subject is averted, the framing is nonetheless telling of the complicity of the subject in the making of the portrait,’ Devika says. Ketaki’s subjects invite the viewer to engage with them. Each picture creates an individual context, a fragmentary clue to make sense of the person and their story. This evokes a reciprocal relationship between person and thing, or person and their environment in a way that helps to powerfully realize identity and place.

The camera has been an ideal tool for short development trips as it enables compulsive observing, collecting and documenting over a short period. Photographs, by the nature of their silence communicate and reveal through how they frame and contextualize their subjects; the photographs produced over this brief encounter with the Pilbara illustrate that even in an alien environment, connections between people through our shared humanity can comfort, evoke and inspire.

Author: Sharmila Wood is currently Curator at FORM (www.form.net.au). She has worked in the creative and cultural industries in India, the USA, and Australia. Sharmila holds a Master of Art History & Curatorship with Merit from the University of Sydney. She has been widely published.