And now, what? Cognitariat and collective intelligence in times of crisis | CHRISTINA GRAMMATIKOPOULOU 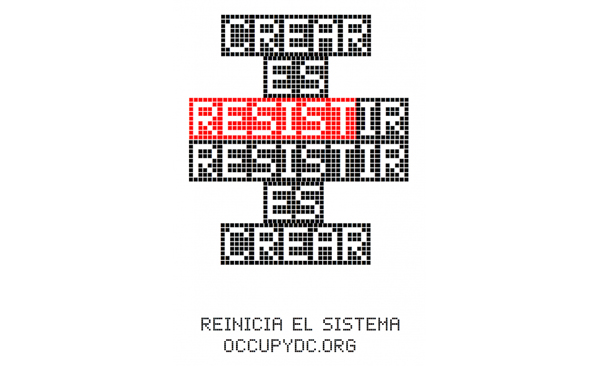 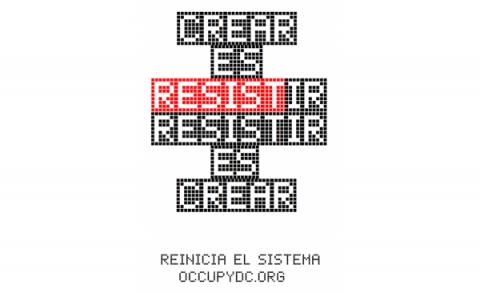 It's a great way […] to be part of a successful start-up. It will look great on your CV. Since we are a start-up there is no pay at this time. Trust me when I say you are not alone... no one at the company is getting paid […] Compensation: 0,00
Classified Announcement on Craigslist, Berlin, 13/7/2013

“And after high school, what?”: The voice of the teenager from a greek TV advertisement in the 1990s haunted his generation, who would hear it echo in their heads, each time they finished a career, each time they lost their job.  This question reflects the instable life conditions of a large group of people –in Greece, but in other crisis-stricken countries as well- who were the last ones to find the doors open to free and high education and the first ones who found the entrance to the work force closed.

Thus they found themselves in a rapidly changing work scene, where the reality of instability and precarious conditions could hardly be hidden behind invented euphemisms, such as “competitive market” and “flexible work force”. Over-qualified and under-paid, these people are often referred to as the cognitariat.

The concept of the cognitariat is closely linked to cognition, the production of knowledge and the proletariat in the Marxian sense, this class of workers who have no property and no work rights –and for this matter, nothing to lose.

Cognitarian labour is largely immaterial work, carried out within the realm of information technologies or closely related to the production of “intellectual capital”. Even though Marx defines labour clearly as the process of transformation of nature in order to result in a product –and therefore sees it as primarily material- the emergence of information technologies has made it possible for the concept of labour to expand onto the immaterial sphere.

For Antonio Negri and Michael Hardt, immaterial labour is any form of work that produces an immaterial product, such as a service, cultural product, knowledge or communication. Within an economy where most products are being created with the mediation of information technologies, the term has been linked to work that is carried out through computer control.

In the pyramid of the work force, we could place the cognitarians in the middle, between the large group of blue-collar unqualified workers and the few at the top who actively build up capital for the large corporations. This middle class of knowledge workers have studied extensively to acquire specialised knowledge, but are unable to move past a glass ceiling, as they are numerous, and for this matter easily replaceable by others that have the same level of knowledge.

The academic world is following the rules of the global market, as well. Researchers and teaching staff are knowledge workers, working largely with temporary, short-term contracts with none of the advantages held by tenure-track professors. The division, in this case, is not strictly linked to academic hierarchy; it partly occurs because the privileges enjoyed by academics in the past are no longer granted to young researchers. Insecurity puts them in a state of antagonism, where their performance is measured to the last centimetre, while the  knowledge they produce is reduced to numbers: of publications, of the ranking of the journals where the publications were made, references by other researchers etc. The rules of the free market have turned knowledge into a commodity and education into an accumulation of units, grades and papers.

So, knowledge workers do not belong to the middle class of workers –at least in the sense it was perceived a few decades ago- since they cannot count on social security and retirement plans. They live in conditions of precariousness, with insecure income –if any- and a certain confusion, since their work is not clearly defined by the limits of a workplace (the factory) or a task (manufacturing).

Therefore, although immaterial labour has liberated the worker from the confines of space and has opened up many working possibilities worldwide, in most cases this flexibility has led to longer working hours, in the office and at home, and the demand to be constantly available and within reach, via mobile phone or mail.

There has been a fusion of working time and leisure, partly due to the fact that immaterial labour is often viewed as an “occupation” rather than real work. For this matter, cognitarians often remain unpaid for their work, and need to undertake a second job, so as to be able to acquire experience –like the one described in the classified announcement above.

It is certainly hard to distinguish between the tasks of immaterial workers and leisure activities online, such as downloading, file sharing and social-networks. On the other hand, leisure activities online are also monetized by companies, through crowdsourcing and data mining. Most internet users “produce” labour even when they just seek amusement online: their comments, their preferences, their reviews, their photos are in fact content that can be taken into account by companies when launching of new products or be sold to advertisers as valuable consumer information. In addition, the act of sharing, transforming and downloading contents could be viewed as an active interference in the production and reception of cultural products.

So, immaterial work is produced constantly within the digital sphere, and most of the times it is unpaid work. On the positive side, the blurring of limits between work and leisure, producers and consumers, has meant a disconnection of intellectual production from the traditional networks of dissemination of culture and information, such as official institutions, and has encouraged the public to become an active agent in the politic and artistic developments. This has been labeled by Pierre Lévy as collective intelligence, “a form of universally distributed intelligence, constantly enhanced, coordinated in real time, and resulting in the effective mobilization of skills” (Lévy 1997, p.13). Further, Lévy specifies that collective intelligence relies upon individual knowledge, creativity and identity of its parts, emerging from a synergy between them. As people make their contribution to collective intelligence, they also work on their self-development.

The emergence of collective intelligence from digital networks has multiplied the possibilities for education and the formation of collectives, in a time when the official educational institutions adopt the strategies of liberalist economy, as was mentioned above. Within the digital sphere, trade unions -which have been significantly disempowered by the rules of the global market- are replaced by online activist groups, whose members are slowly beginning to understand their potential as catalysts for political change.

Can the cognitariat free itself from the dictates of political and economic leaders, so as to use fully its potential as a working and creative force? They have the means and the knowledge to do so, and lately they have found their voice within activist movements that have taken place around the world -like the occupy movement. It will still take a lot of persistence and focus to achieve significant results, but the way is open.

Christopher Newfield, "The structure and silence of the cognitariat", EduFactory #0, January 2010.