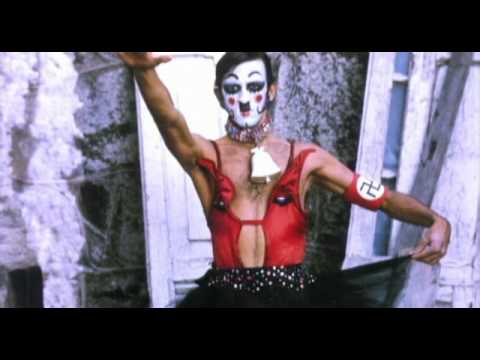 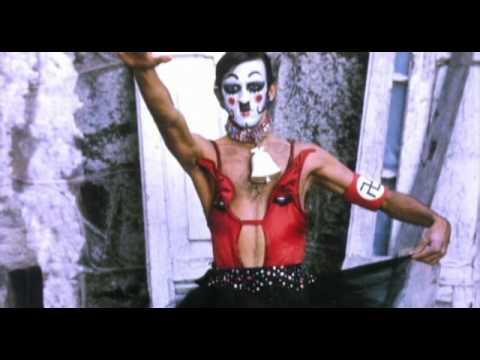 1. "Neither man. Neither woman. People."

Free and libertarians, glittery dresses, skirts and fake eyelashes, a set of masculine forces entered the stage in full military dictatorship in Brazil. Dzi Croquettes, a theater group that emerged in the 70s, in Rio de Janeiro, rode musical shows with a huge dose of courage, humor and irreverence.

The group was rescued recently by the documentary Dzi Croquettes [1], directed by Rafael Alvarez and Tatiana Issa, in 2009, and by the book "A Palavra Mágica: a vida cotidiana do Dzi Croquettes"[2], by Rosemary Lobert, released in 2010 (publication of her dissertation MA in Social Anthropology, 1979). Despite numerous performances in Rio de Janeiro, São Paulo and Paris, the only records found for the preparation of the film were interviews in German state TV channel and some scenes of the Globo  TV in Brazil. The initiative to raise the search and retrieval of this material saves the group from oblivion and shows the great importance of the Dzi Croquettes for the art, drama and life of an entire generation.

"They were men dressed as women, but nobody wanted to be a woman" says the singer Ney Matogrosso in his testimony, in this documentary. The question was exactly that: playing with a dubious sexuality, fleeing from any kind of classification. "What is this sort of mania?" said one member. A confusing jumble of sexual stereotypes was then created embarrassing inclusive the very dictatorship that could not detect where exactly was the threat of the group, besides the naked bodies. Denying the labels and taking the multiplicity of characters, they expressed it: "The Dzi Croquettes are not representatives of gay-power, or the androgynous, neither men nor women, nor the whites, not blacks, but for everyone. Because or we represent all or not represent at all  "[3]

In 1973 Dzi Croquettes is censored, but after 30 days is released for lack of consistent arguments, with the condition to cover their bodies. It is worth recalling the tradition of the Brazilian carnival where, during the festival days, many men dressed as women. The group was  political in the way of being critical of the institutions between the lines of musical comedy.

The shows mixed jazz, Broadway musicals, cabaret, samba, revues, voodoo, bossa-nova, improvisation, an exercise of pure "antropofagia", referring to the manifesto of Oswald de Andrade: "Only Antropofagia unites us." Devouring all cultures and speaking various languages, Dzi Croquettes reached all sorts of public , leading to an extreme the notion of spectacle.

2. Brief history of the group

With the show "Gente Computada Igual a Você" in 1972, the group was a huge success in Rio de Janeiro and São Paulo. Introducing numbers sung and danced as well as monologues and sketches,  Dzi abused irony and double meanings. The texts were written by Wagner Ribeiro and the technical preparation of the group was made by Lennie Dale, an American choreographer living in Brazil. They call themselves  "the international" because of the multiplicity of languages that made up the show: Portuguese, English and French were the most used. And humor pervaded them all in a mess due to the extreme freedom of the theatrical language.

A  "croquette" whole vocabularywas also created, with some words that come to get used as part of the Portuguese dictionary. Dzi Croquettes - the name was also chosen with humor. Inspired by the American group The Cockettes, it was an allusion to the meat balls - croquetes - that they were eating at the moment and the sound of the article (ze - dzi). Dzi Croquettes. After all, as the croquettes, they said, we are all made of meat.

Essentially collective, the process of creating Dzi Croquettes was the Group Theater, in its most radical. Acting together and believing in the same aesthetic design  and ideological language, Dzi Croquettes lived together as a family, establishing functions and roles for each member: father, mother, daughters, aunts, housekeeper, maid, making  theater in their lives and  life in the theater. At home or on stage, what the Dzi Croquettes were proposing was a way of life.

Shortly after censored in Brazil,  Dzi Croquettes decide to sail to Europe gaining money only from shows and nearly two tons of scenery and costumes. A special session in Paris made for Lisa Minelli and their guests filled the theater and they achieved success and recognition. The actress, seen as the godmother of the group, does not hide her admiration: "They expressed themselves with their whole bodies and we felt this energy around them. As if it had smoke. "

The singer and dancer Josephine Baker, who at the time was among the guests of Lisa Minelli, had told the director of the Theatre Bobino that when she died she wanted  that Dzi Croquettes were next to perform. Something that actually happened when, after a week of performances in April 1975, Josephine Baker dies and the director, given her last request, calls the Dzi Croquettes to occupy the stage. With the same success and the presence of distinguished guests in the audience as Jeanne Moreau, Mick Jagger, Maurice Bejart, among others, the group rose to fame in Europe, but decided to return to Brazil afterwards.

However, in the early '80s  the group lost four members of AIDS, three  were killed and one died of an aneurysm. Of the thirteen only five were left : Ciro Barcellos - actor; Benedictus Lacerda - tour guide, Roger of Poly - actor; Bayard Tonelli - actor, art director and choreographer, and Cláudio Tovar - actor, set designer and costume designer who, in this issue of InterArtive, presents its production of shoes in the virtual gallery.

The costumes mix trash with international glamour. Made with Carnival leftovers, discovered clothes, shredded tights, sequins, football socks, dresses and tuxedos, the composition of the clothing was a mixture of shades, colors and textures where garbage turned into luxury. In the scene where they danced "Thus Spoke Zarathustra" by Strauss, for example, fluttering fabrics acquired movement like the wings of Loie Fuller, like moths flying around the stage. The humor was present at all times, whether in the choice of songs, the combination of movements or in the texts.

The inflexible technique and fitness, as required by Lennie Dale, turned  the group to professional dancers. The body  work based on jazz and tap dance classes - rhythm adopted by the Broadway musical - allowed to run clean and precise movements, which provided a counterpoint to the excess of freedom of body and text. Visible, for example, in the bolero "TDois pra lá, dois pra cá" sung by Elis Regina, danced with technical rigor and daring.

In the faces,  makeup created a disguise. They were like masks that conceal and reveal simultaneously. Where you can see without being seen. A scenic mural composed of  objects and astronomical symbols, mobile platforms and intense light sources comprised a layer of excess. The look did not include the assembly and movement was accelerated. However everything worked. In clumps, deviations or dribbles of laughter, moved certainties in the conviction of its steps.

The devouring of foreign elements in fusion with Brazilian culture  also present in “Tropicalismo” and  the ideas of Oswald de Andrade “Manifesto Antropofágico” has its maximum expression with Dzi Croquettes. By the counterculture and avant-garde experimentalism, the group took extreme measures to attempt to overcome the dichotomies of art / life, art / anti-art, making the theater, after all, a life project. In the words of Lennie Dale, "Life is a cabaret."

Dzi Croquettes existed between 1972 and 1976 and exerted influence on numerous artists such as “Secos e Molhados”, “Ney Matogrosso”, “Frenéticas”, amongst many others. Note also the importance it had in the theatrical context, influencing groups such as “Teatro Vivencial", from Recife and a whole chain that carries forward the concepts of theater groups and collective creation. Even  low comedy, caricature, mockery and comedy of manners, transvestism and gay movement relied on the group strong presence. Their influence  disseminated throughout the art of that era.

With the "strength  of the male and female grace," slogan of the troupe, the Dzi Croquettes passed like a wind shaking the structures. A place where nothing is static, where the concepts mixed disorienting  classifications. Intense, magnetic, bold, they leave the message: "Since we are all ignorant, let’s to be crazy, so."